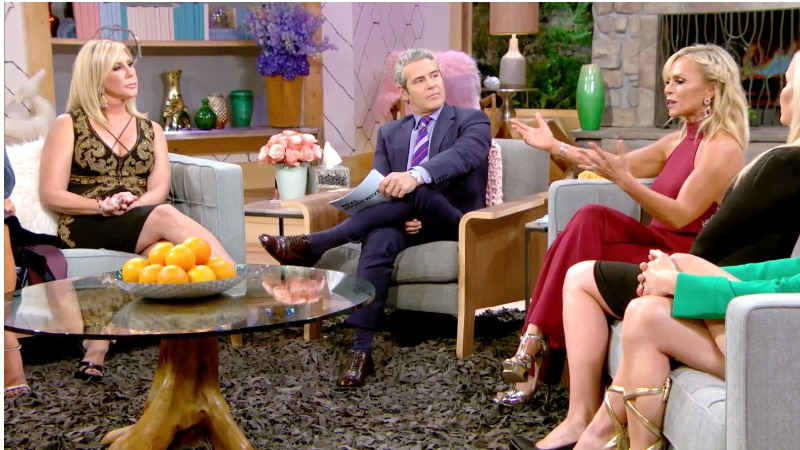 The Real Housewives of Orange County wrapped up season 13 on December 9, 2018, but fans are already asking about when season 14 will start up again.

Bravo has yet to make an announcement on season 14, possibly because the ladies are just starting to film the new season.

This weekend, photos started to surface on Twitter of Shannon Beador and Kelly Dodd with a film crew.

As for when we can expect The Real Housewives of Orange County season 14 to air, don’t get your hopes up just yet.

Over the past couple of years, the show returned in June or July. While seasons 10 and 11 were in June, seasons 12 and 13 weren’t until mid-July.

Given that information, The Real Housewives of Orange County season 14 probably won’t return until July 2019 — that’s five months away. If we’re lucky, we could see the Orange County return in four months.

As for storylines, it’s tough to guess since the ladies may just have started filming.

Based on reports, Gina Kirschenheiter was recently arrested and charged with driving under the influence. A few days later, police pulled her over again and fined her for reportedly using her cellphone while operating her car.

There is no word on whether these two incidents will be part of The Real Housewives of Orange County 14.

Another rumor that appears to be circulating is that Vicki Gunvalson had reportedly been demoted to a friend of the wives. She’s been the longest-standing housewife in the entire franchise, being the only woman to film 13 seasons as a full-time reality star.

Gunvalson appeared to address the rumor on her Twitter account, revealing that she’s currently in negotiations and that nothing is confirmed as of yet.

The Real Housewives of Orange County season 14 will possibly return this summer.