The new Netflix limited series The Queen’s Gambit contains many dark elements—the main character, Beth Harmon (Anya Taylor-Joy), is orphaned as a child when her mother takes her own life with Beth in the car; her adoptive mother, Alma Wheatley (Marielle Heller), is an alcoholic who runs up an exorbitant liquor bill before dying from hepatitis in the hotel bed; and Beth herself is addicted to pills—but it’s somehow still mostly a feel-good story.

Every time it seems that Beth’s life is about to fall apart, it ends up pretty much okay: At the orphanage, Beth makes friends with an older girl, Jolene (Moses Ingram), and finds a chess mentor in the gruff-but-encouraging janitor, Mr. Shaibel (Bill Camp). Her adoptive mother, though she definitely has problems, is overall supportive and loving, nurturing Beth’s chess career; when she dies, Beth mourns her, but not enough to throw her off her chess game—and she gets to keep the house. Even Beth’s rivals in the chess world turn out to be allies, helping her strategize and cheering her on. I know that The Queen’s Gambit is not meant to be a gritty drama—it’s a fun, engrossing story about a young woman beating men at their own game (literally, in this case) in a covetable 1960s wardrobe—so some escapism and sugarcoating can be forgiven. But this sunny view becomes a problem in one area: the depiction of Beth’s substance abuse.

In the first episode, “Openings,” Beth is delivered to an orphanage after her mother’s death, where we see staff distribute drugs to all the girls daily. On the show, the green pills are called Xanzolam, likely a fictional version of Librium, a benzodiazepine sedative similar to Xanax that was commonly prescribed in the ’60s. This practice of medicating orphans to keep them calm, rather than helping them deal with their trauma, was unfortunately a real practice at the time. On the advice of her friend and fellow orphan Jolene, Beth starts saving her pills for bedtime, where she quickly discovers that they help her visualize the chess board she’s just started learning about from Mr. Shaibel. Every day, Beth sneaks away from her lessons to play against and learn from Mr. Shaibel, and every night, she takes her green pill and plays out various chess scenarios on an imagined upside-down chess board on the ceiling. From the beginning, her brilliance at the game is presented as intrinsically connected to her use of substances, spreading a dangerous and flawed representation of the link between drugs and genius.

“The idea that the creative endeavor and mind-altering substances are entwined is one of the great pop-intellectual myths of our time,” author Stephen King, who struggled with addiction for years, wrote in On Writing: A Memoir of the Craft. As the daughter of an artist with a drug addiction, seeing this myth perpetuated on The Queen’s Gambit almost ruined the show for me. 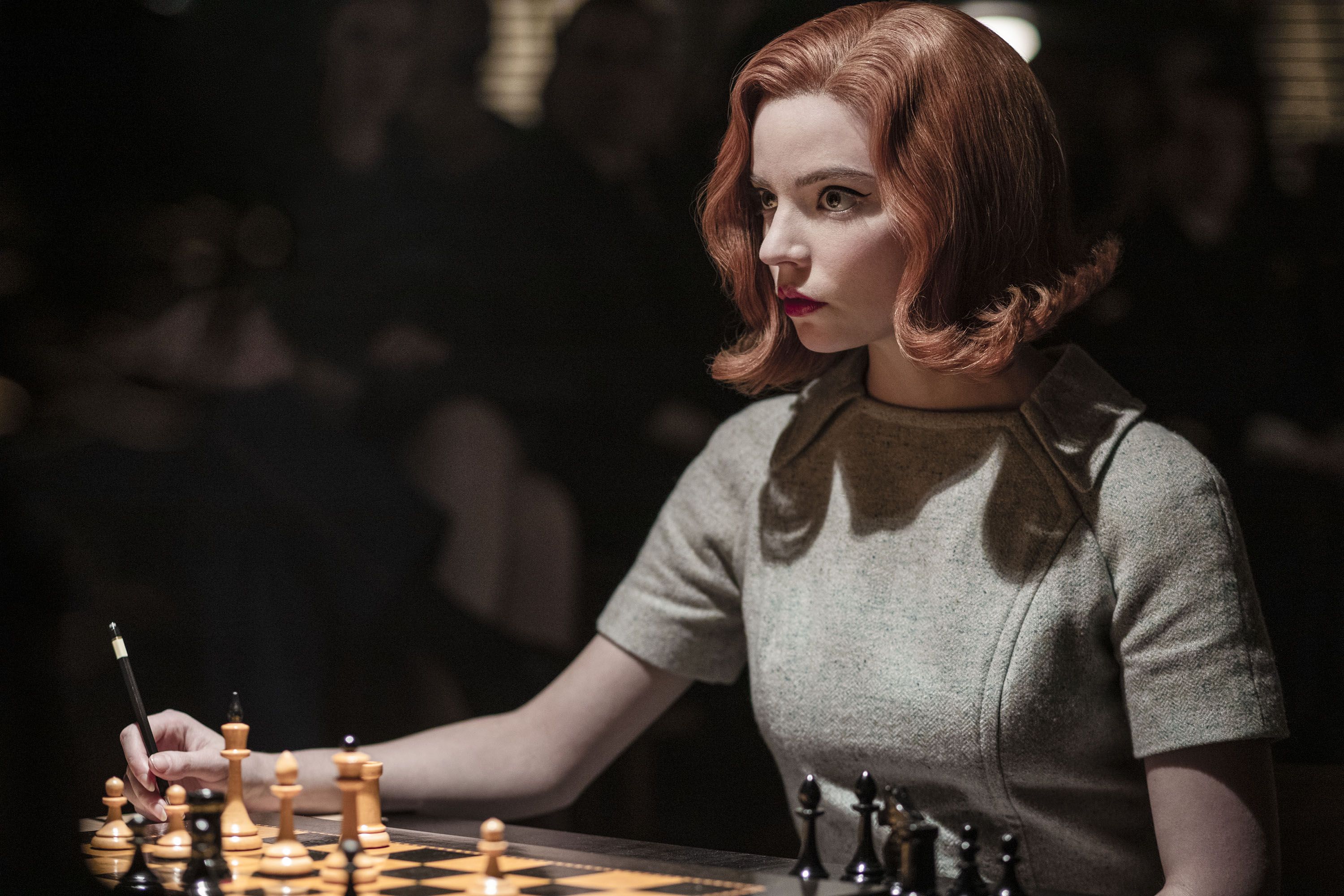 My father thought he needed heroin to make art. A friend of his told me that he’d confessed this to her a few years before he died. At first, this revelation crushed me—I knew that if my father couldn’t make art without heroin, there’s no way his repeated efforts to get clean would ever have worked. It was a moot point—by the time I was considering this possibility, he’d been dead for more than a decade—but it still hurt to face the reality that even if he’d lived, he’d probably still be using if that was the only way he could make his sculptures and woodcuts. But then, after I thought about it a little more, I realized that just because he believed that, it didn’t mean it was true: My father was an artist before he was a heroin addict, and he could have found a new way to get into the state of mind necessary to make art, even if it was a struggle at first.

Seeing Beth’s drug use presented as integral to her genius was hard to watch—it played right into this rationalization that my father used, and that so many people use, that they can’t get clean because then they won’t be able to do the things they love anymore. But this is part of the self-delusion of addiction, not something that should be presented as fact—even in a low-stakes, somewhat cheesy miniseries. More than once, I found myself getting angry during the scenes when Beth takes her pills and then visualizes a chess scenario, able to see it clearly when she wasn’t able to before, rolling my eyes and yelling, “That’s not how it works!” at the TV.

Beth does eventually realize that she doesn’t actually need the drugs to play chess well, but, like pretty much everything on this show, this realization comes a little too easily. In the last 10 minutes of the finale, she finally articulates what’s been clearly illustrated all along: “What I need is the pills. The booze. I need my mind cloudy to win. I can’t visualize the games without them,” she says in a conversation with her friend D.L. Townes (Jacob Fortune-Lloyd) the night before the big match she’s been training for over the last several episodes. “Really?” he asks with an incredulity that should have been present much sooner. “You think that’s what brought you here?”

She agrees that she’s been playing well without the pills but reiterates, “I just really need them right now.” And then, with one off-hand sentence to repudiate the trope that had been ridden into the ground for the whole season up until this moment, she says, “Or, I thought I did.” The next day, at the final match, we see her do her visualization trick while sober for the first time. Problem solved, addiction beat, just like that. But that’s hardly how it works in real life.

There’s a missed opportunity to show Beth reclaim her own genius, doing the hard and rewarding work of disentangling it from her addiction.

In reality, the best-case scenario for a creative person in recovery looks more like the story of the rapper Eminem, who has spoken candidly about how much of an adjustment it was for him to make music again after kicking his prescription pill addiction in 2008. “I had to learn to write and rap again, and I had to do it sober and 100 percent clean,” Eminem told MTV News. “That didn’t feel good at first. … I mean it in the literal sense. I actually had to learn how to say my lyrics again; how to phrase them, make them flow, how to use force so they sounded like I meant them.” But despite the reorientation he had to go through, his aptly titled 2010 album, Recovery, went triple platinum and won best rap album at the Billboard Music Awards and the Grammy Awards in 2011.

Maybe it’s too much to ask for a stylized, one-season show, but I wanted to see a little more of that struggle and triumph play out on The Queen’s Gambit. We do see Beth hit her “rock bottom” in the penultimate episode, when a bender hampers her night-before chess study session, causing her to lose one inconsequential match … and then experiment with unflattering eye makeup. But there’s a missed opportunity to show Beth reclaim her own genius, doing the hard and rewarding work of disentangling it from her addiction. I was relieved to see The Queen’s Gambit finally reject the premise that the drugs made her a good player—but it felt like too little too late after a full season of giving credence to a dangerous fallacy.