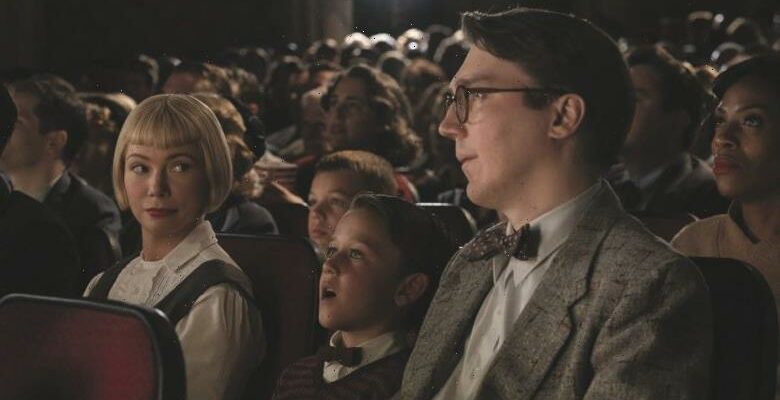 Talking with potential Oscar voters is one thing. Getting the best of Hollywood to show up to the Oscars — much less host the show — is another. Not to mention reclaiming global audiences who keep staying away from broadcast awards shows in droves.

Even if the live ABC telecast on March 12, 2023 promises a return to a classy, controversy-free show mounted by experienced television producers with all 23 awards categories presented on prime time, the Oscars just aren’t cool anymore.

Sure, the Oscars pulled a galaxy of stars who glittered on the red carpet at the $10-million Academy Museum fundraiser on October 15 — but that’s the rub. You can lure the likes of Tilda Swinton, Julia Roberts, and Sir Steve McQueen, complete with glam presenters, for a swanky rooftop dinner with a performance by Diana Ross. Convincing stars to show up on live television, where anything viral can happen, may be another matter.

Movie stars have always maneuvered through press junkets and global release tours, talk-show stints, and glad-handing public appearances in pursuit of box office and awards recognition. They still want both. (The return of the Golden Globes will reveal how much. Who will play with the HFPA?) But social media has changed the metrics of success, the risk of unwelcome exposure, and daily access to once-remote stars, who now pop up constantly on video feeds with their latest candid confession. The Oscars take that risk to another dimension.

That Will Smith’s team chose to put him forward this year for Antoine Fuqua’s historic slave drama “Emancipation” (AppleTV+) shows how strongly Smith’s managers, agents, lawyers, publicists, and his alpha-wife Jada Pinkett-Smith believe that the tainted global star needs the redemption that only a great, stirring performance can give. Their first goal: restore his luster with his fans and followers via stellar reviews and huge want-to-see. But will the Academy actors branch forgive him? Unlikely. They can nominate Smith, but he is banned from showing up at the Oscars for 10 years. The real issue for the Oscar telecast, according to the Academy’s 22-year executive director Bruce Davis, author of the just-published — and dead-on accurate — “The Academy and the Award: The Coming of Age of Oscar and the Academy of Motion Picture Arts and Sciences,” is the disparity between the top box-office movies and the movies that are winning Oscars.

There used to be a national conversation around “Ben-Hur,” “Titanic,” “Ordinary People,” or the third installment of “The Lord of the Rings,” Davis said on a Zoom call, at a time when “the theatergoing experience was broadly participated in by the wide public,  as was always necessary in order to get a slate of interesting candidates for the Oscars. The big pictures that do get watched tend to be pictures with lots of explosions. And that has never interested the voters of the Academy except in the technical categories.”

Davis doesn’t stop there. “We have a more fundamental question here than the Academy Awards,” he said. “Is the theatrical motion picture going to be around in 10 years? Kramer is facing a lot tougher questions than the Academy leadership has had to face for 10 years.”

And how long will broadcast television survive? For the moment, ABC still ponies up some $100 million in licensing fees to show the Oscars, which support the Academy and its programs. When it faces a less-secure future without a deep-pocketed network, AMPAS will need to downsize. (Kramer’s team is developing alternate funding sources.)

With a guaranteed 10 best picture contenders, ABC hopes that Oscar voters in 2023 will include blockbusters with mainstream rooting interest like “Top: Gun Maverick” ($1.5 billion worldwide), which saved the summer box office and is still chugging into the fall. Other possibilities include “The Woman King” ($76.5 million), which broke out 57-year-old Oscar winner Viola Davis as an action star, and Baz Luhrmann’s musical biopic “Elvis” ($283 million).

Back in 2009, in hopes of adding more commercial titles to the Best Picture race, Davis asked Price Waterhouse to drill down on the Best Picture candidates. “How were the votes distributed through the 10 Best Picture candidates?,” he asked. “Don’t tell me the names of the pictures; tell me what percentage of the final voting they accumulate.” The numbers told the tale: “Every year there were one, two, sometimes three, that only had trace elements of votes,” he said. “That wasn’t what a Best Picture vote should mean.”

The Academy board of governors ignored this hard-earned wisdom when they restored Best Picture to a guaranteed 10 last year.  The results did pull more viewers (16.6 million) than the woeful 2021 pandemic Oscars’ 10 million — but it’s still a far cry from 2020’s 23.6 million. The slate of lauded art films were not top of mind for most consumers, including the eventual winner “CODA” and Best International Feature Oscar winner “Drive My Car.”

All this could repeat in 2023 — or not. Unfolding now is the second phase of the fall festival season as regional festivals amplify the noise around movies. (The Academy portal menu is still slim, as campaigners want voters to see their films in theaters; they also want recency bias to kick in late in the season.)

The Oscar fates of “The Woman King”; #MeToo Harvey Weinstein investigation “She Said” (November 18, Universal), starring 2021 Oscar nominee Carey Mulligan and Zoe Kazan; and Sarah Polley’s Mennonite ensemble drama “Women Talking” (December 2, MGM/UA) will all depend on the goodwill of the Academy’s most dominant segment: the older male voters known as “steak eaters.” The actors branch will support the extraordinary performances, and the writers should recognize the screenplays. But widespread mainstream support could be patchy.

For the moment, ABC and the Academy should take heart: The Best Picture race could be dominated by mainstream movies after all. Coming up at November’s AFI FEST in Los Angeles is Steven Spielberg’s TIFF audience prize-winner “The Fabelmans” (November 11, Universal), the director’s latest collaboration with Tony Kushner, based on his own coming-of-age cinephilia. It’s tough to predict how the movie will play outside film festivals, but Oscar voters should respond enthusiastically to this origin myth from the most popular filmmaker of our time. Spielberg gets points for daring and authenticity, and actors should reward the long overdue Michelle Williams with a Best Actress slot for playing Spielberg’s mother, along with supporting players Paul Dano and Judd Hirsch. 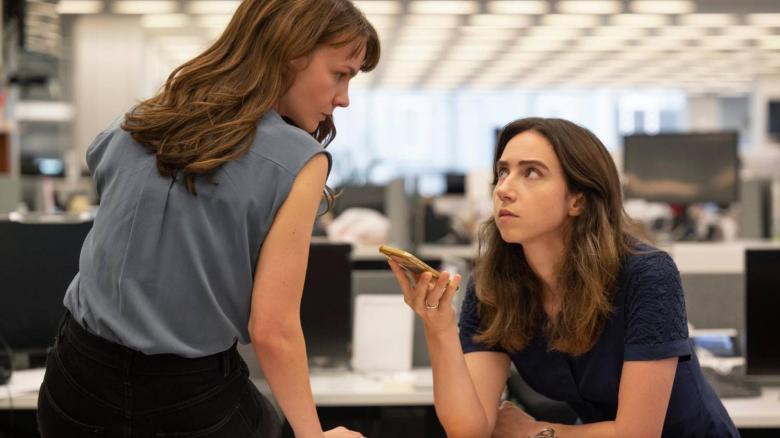 Movies like “The Fabelmans” could help boost the potential for Oscars 2023 luring back audiences, along with Oscar perennial Damien Chazelle’s scandalous portrait of early Hollywood, “Babylon” (December 25, Paramount) starring box-office magnet Brad Pitt, Ryan Coogler’s Marvel entry “Black Panther: Wakanda Forever” (November 11, Disney), and James Cameron’s long-awaited “Avatar: The Way of Water” (December 16, Disney). The Academy often looks down its nose at Marvel comic-book movies, sci-fi adventure, and sequels that don’t demonstrably advance on their originals. But both Coogler and Cameron are respected for their filmmaking prowess. While both “Black Panther” and “Avatar” landed Best Picture nominations, they each won craft awards only.

It’s possible that “Wakanda Forever,” which starts screening this month, may rise above its comic-book roots as the story deals with the grief surrounding Black Panther, portrayed in the original by the late Chadwick Boseman. And we must never underestimate Cameron’s ability to change the rules of moviemaking, from “Terminator” and “Titanic” to “Avatar.” This sequel promises not only groundbreaking 3D VFX but also a strong and timely environmental message.

Even without these blockbuster sequels, the Best Picture race looks more robust than it has in years.