Mindy Kaling was so stressed during one season of The Office, another writer said Kaling worried she was ‘going to die alone.’ During an episode of the Office Ladies podcast, writer Ryan Koh shed a little light on how exhausted the cast and writers were during season 5. 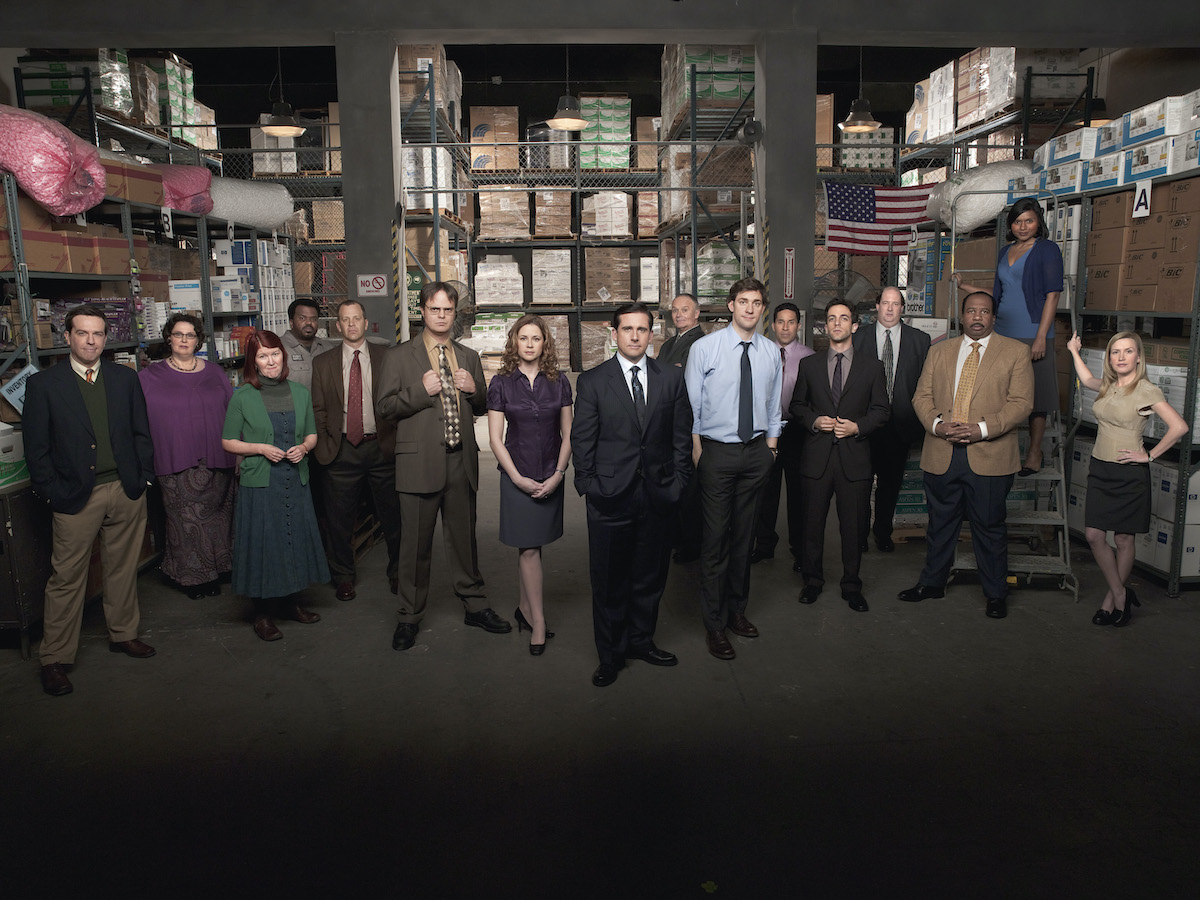 During the Nov. 17 episode of the Office Ladies podcast, hosts Jenna Fischer and Angela Kinsey discussed The Office Season 5 episode “Heavy Competition.” The episode’s cold open featured a look at the hilarious way the employees of the Michael Scott Paper Company passed the time — they tossed cheese puffs into each other’s mouths.

The cold open showed a variety of trick shots with Pam, Michael, and Ryan successfully catching the cheesy snack.

Pam explains in a talking head interview: “Things are a little slow here. And there’s only so much cold-calling you can do in a day. Turns out there’s no limit to the number of cheese puffs you can throw at someone’s face.”

They even successfully land a three-way cheese puff toss, giving high-fives for nailing it so perfectly. At the end of the cold open, Pam yawns and two cheese balls come flying at her, with one sticking in her hair.

The cold open idea was the result of exhaustion

Fischer said they reached out to Koh, the episode’s writer, for more information about what inspired this cold open. “His response was so funny,” Fischer teased. “I actually spit out my coffee while listening to it.”

Koh explained how the cold open really came about because everyone was exhausted. He also revealed that Kaling struggled with the demands of that particular season because they had to accommodate Steve Carell, who was doing a movie.

“You were wondering where it came from,” Koh said of the cold open. “I remember that it was most of all a product of exhaustion.”

He continued, “For the first draft of my episode, I had written a cold open about how Ryan thought Pam had a crush on him and no one liked it. So it was tossed out and we needed a new cold open.”

Since Carell planned to work on a movie, they had to crank through writing and filming. “At this point in the season, all the writers were really exhausted,” Koh explained. “In season 5, as you recall, we did 28 episodes and they were shot in 10 consecutive weeks of production, then a break so Steve could do a movie, and then 18 straight weeks of production.”

By comparison, Koh shared, most shows would “do two or three weeks on of production and then one week off so that the actors can recover and so the writers can catch up and don’t get totally burned out.”

The demands of accommodating Carell took a toll. “So 18 straight weeks is a total death march,” Koh explained. “And I remember at that time a writer was going to go down and check out what was going down on set. Paul [Lieberstein] or someone was like, ‘Do not go down there. The actors are tired and are acting like huge a**holes.’”

He continued, “So yeah, I remember this was sort of a rough time. And so for the last half of season 5, we were always behind. And I feel like we were working 11 or more hours, pretty much every single day.”

Kaling found it particularly challenging. “I remember Mindy was really mad that it meant she had no social life and said something like, ‘I’m going to die alone because of this damn show,’” Koh recalled.