The ’90s are having a big comeback moment, and we’re here for it. One ’90s series that’s had a surge in popularity in recent years is The Nanny, the classic sitcom starring comedian Fran Drescher. Although Drescher has had television appearances both before and after her time on The Nanny, it’s for her portrayal as the sassy girl from Flushing that she’s still the most well-known.

It turns out that The Nanny may have never happened if Drescher hadn’t been on a very specific flight to France, where she was able to catch her big break. 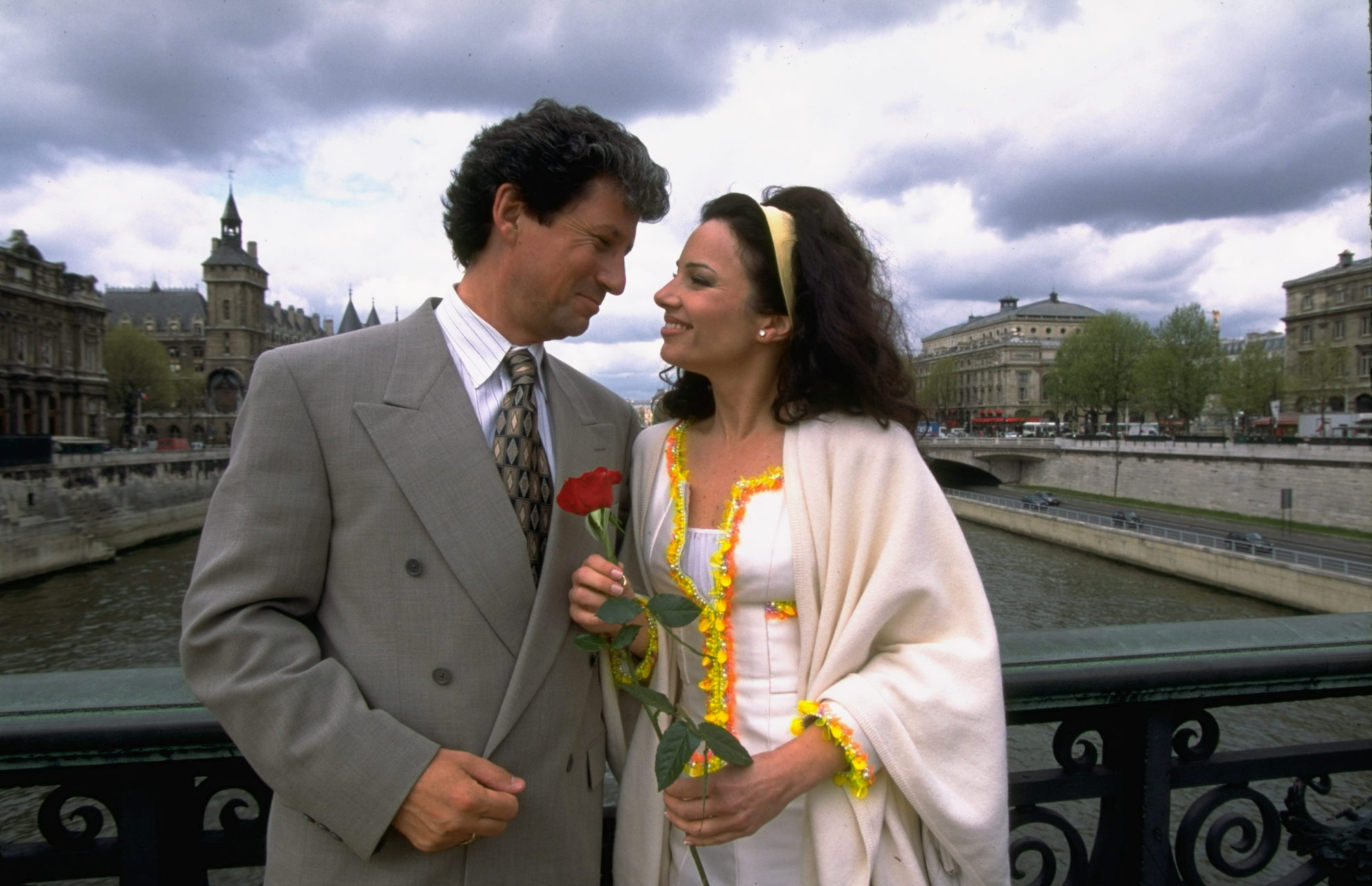 Who is Fran Drescher?

Fran Drescher is one of the most recognizable faces of the 1990s, largely due to her role on The Nanny. Born in Flushing, Queens (just like her famous character), she got married at a young age, at 21. Drescher’s first foray into Hollywood was in Saturday Night Fever, in which she had a minor role. From then, she went on to have other roles in movies and television but didn’t become famous until she and her husband created The Nanny.

Perhaps the only thing more recognizable than Drescher’s face is her voice. She famously speaks with an ultra-nasal voice with a very thick New York accent, and although some may think she created the voice just for her character, it’s actually her own true speaking voice.

Although it wasn’t her only television creation, it’s undeniable that The Nanny was Drescher’s masterpiece – and one of the most popular sitcoms of the decade. In it, Drescher plays Fran Fine, a street-savvy and fashionable young Jewish woman from Flushing, Queens who finds herself down on her luck when her boyfriend breaks up with her and fires her in one day. She meets the Sheffield family, a wealthy young widower and his three young children when she visits their home trying to sell make-up door-to-door.

Mr. Sheffield is having trouble keeping a nanny for his mischievous children, and although Fran isn’t a traditional choice for the position, he hires her on the spot out of desperation. It turns out that Fran was exactly what the family needed – and the show follows Fran on her adventures with the children, her overbearing mother and grandmother, the hilarious butler Niles, and, of course, trying to seduce Mr. Sheffield. It’s hard to pinpoint what exactly makes The Nanny so charming – if it’s the excellent cast (including impressive guest stars like Ray Charles and Elizabeth Taylor) or the hilarious writing – but it is undeniably lovable.

The flight to France that changed Drescher’s life

Drescher didn’t only star in The Nanny – she was largely responsible for creating it. She, alongside her then-husband Peter Jacobson, is the series creator, and we wouldn’t have been blessed with the character of Fran Fine if it wasn’t for her comedic genius.

Not only did it take genius and talent to get the show started – it took hustle, too. Drescher had already been around television by the time The Nanny premiered, but she wasn’t yet a household name. It was on a fateful trans-Atlantic flight to France when she got her big break and an accidental audience with a CBS executive. In fact, Drescher wasn’t even supposed to be in first-class, but she gained an upgrade using her frequent flyer miles. Drescher took the opportunity and ran with it.

“I started talking to him and he was a captive audience, because where was he going to go, coach?,” she has hilariously commented in the past, according to Mental Floss. By the end of the flight, Drescher had won the executive over, and she and her husband were invited to come pitch the show. Thank goodness for Drescher’s hustle, because we can’t imagine a world without The Nanny!