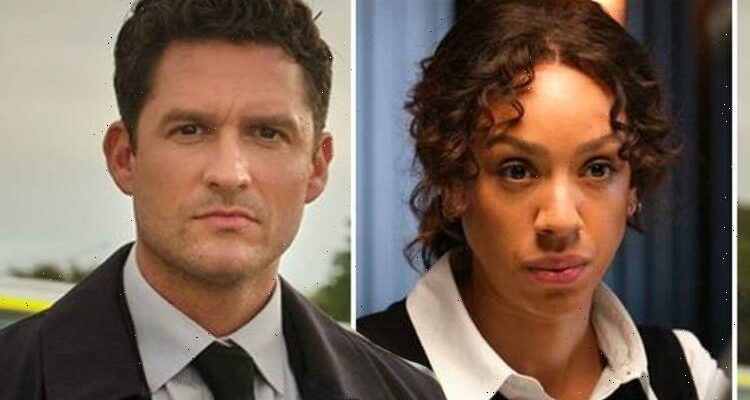 The Long Call, a book by novelist Ann Cleaves, has been brought to life by ITV for a new four-part drama centred around the mystery of a body found on a beach in Devon. Leading the investigation will be detective Matthew Venn (played by Ben Aldridge) who will work together with DS Jen Rafferty (Pearl Mackie) to try and crack the case in his home town. However, his character will be groundbreaking not only for the network broadcasting the series but also for television as he is the first gay lead in a mainstream detective show in the UK.

This is not something the directors and producers behind the television adaptation have included as author Ann always intended for Matthew to represent the queer community.

Although there have been LGBTQIA+ characters in dramas before a lead, let alone a detective being a part of the community, has never been seen on British television.

Speaking to Express.co.uk and other press, the actor who plays the protagonist, Ben, has opened up about the groundbreaking feat.

The actor said: “I suppose it is breaking ground. Therefore, it feels significant, I think. I can’t think of another, mainstream queer led show.

“Representation in that way is really powerful. What I love about what we’re doing here is I don’t think the diversity box has been ticked for the sake of being progressive.”

“I think his queerness is very central to his journey in the show and explores his own internal reaction to that but also, the people around him and the rest of the cast also go on a journey with him and his queerness,” Ben continued.

The 35-year-old actor also identifies as a gay man but it is not known if he is currently in a relationship as he keeps his private life out of the spotlight.

“I’m really proud of it in the fact it’s a detective who just happens to be gay and we don’t explore how that affects him,” he added.

“We really do explore that and go on that journey with him. Exponentially, there are many crossovers with things I have encountered and lived and some of it is recent history for me.

“So he was an easy character for me to relate to for sure and a pleasure to read and to interpret him.”

[Matthew’s] queerness is central to his journey

The director of the four-part drama, Lee Haven Jones, also identifies as a gay man and Ben has discussed what it was like working with him on this project.

“I loved working with Lee and would jump at the chance to do it again. He was an actor himself so he knows instinctively what’s going on and is a brilliant communicator.

“The fact that he’s also gay gave us a mutual shorthand and understanding of Matthew’s journey, of each other and of our own experiences.

“I felt very bonded with Lee even before filming began. We spent hours chatting about Matthew and this specific journey, which involved a lot of discussing our own experiences and talking about that stuff is a vulnerable thing to do.”

“I knew we were coming from a place of mutual understanding which was great,” the actor said.

Viewers will watch as Ben’s character Matthew weaves through his relationship with his husband, Jonathan (Declan Bennett).

Many might recognise the former as the actor who played Charlie Cotton on EastEnders from the years 2014 to 2017.

This will be a fundamental aspect of the show, with Ben explaining: “It’s a very loving and supportive relationship in which Matthew can be his true self, the only place where he can, in fact.

“Out in the rest of the world, he’s careful, contained and sometimes cripplingly self-censoring, but with Jonathan, he can be himself, unguarded, unfiltered.”

“Often gay relationships on screen are depicted as tormented or focus on hypersexuality, and there’s absolutely a place for that, but Jonathan and Matthew’s relationship is the certainty in this piece, which is rare in TV drama.

“I know Declan, Lee and myself all felt a responsibility to portray these men and this relationship as authentically as possible.

“To see a version of what we know ourselves represented on screen and it’s exciting to be bringing that to a mainstream ITV audience.”

The Long Call airs weeknights at 9pm on ITV.