HEIDI Montag flaunted her flat stomach in workout attire after fighting off body shamers who told her to "lose weight."

The Hills star felt no shame as she shared a new exercise video in tight clothing that showed off her figure. 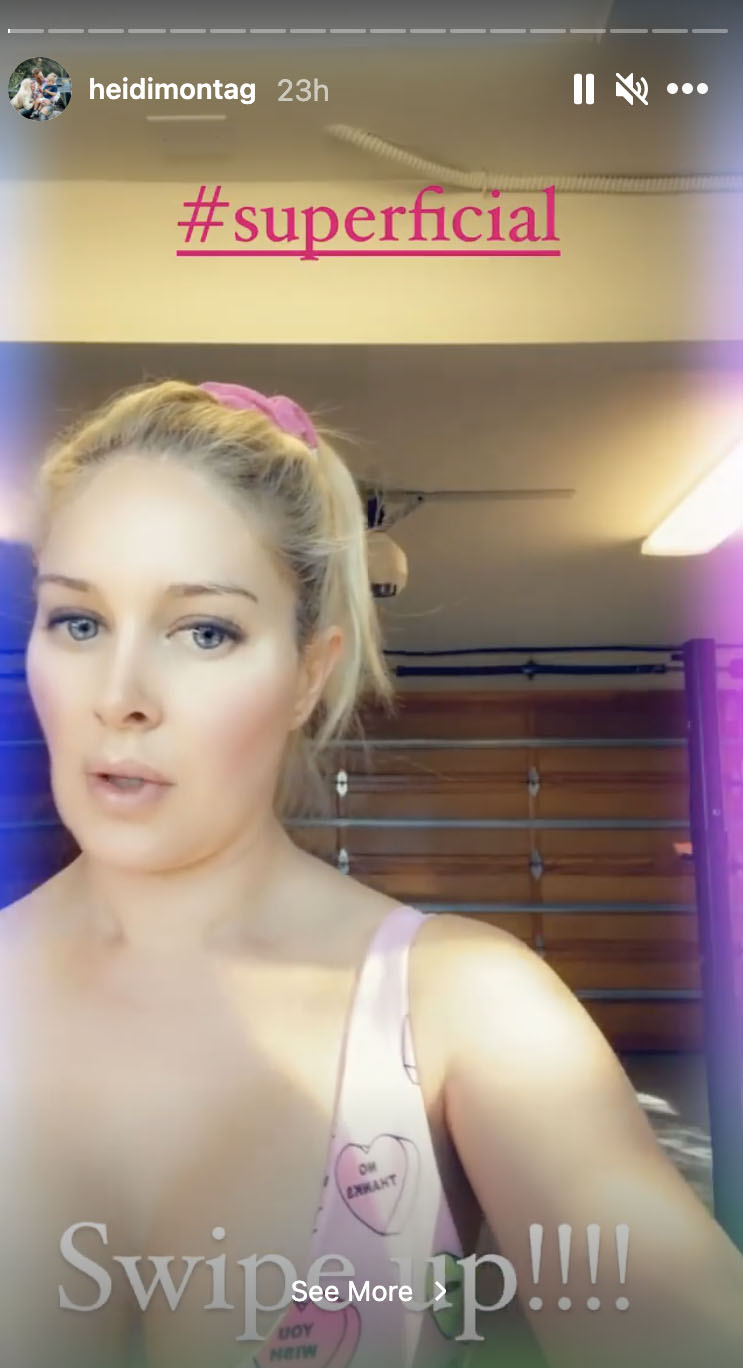 Heidi, 34, has been facing a backlash of late for her appearance, as many believed the reality star to be pregnant.

The mom of one squashed those rumors yesterday, when she shared a video in spandex workout clothes with her flat tummy exposed.

After setting up the camera to film her workout, Heidi walked to the back of the room where her full body was exposed.

The TV personality wore a matching pink sports bra and leggings set covered in colorful hearts, with purple sneakers and a pink scrunchie to top it off. 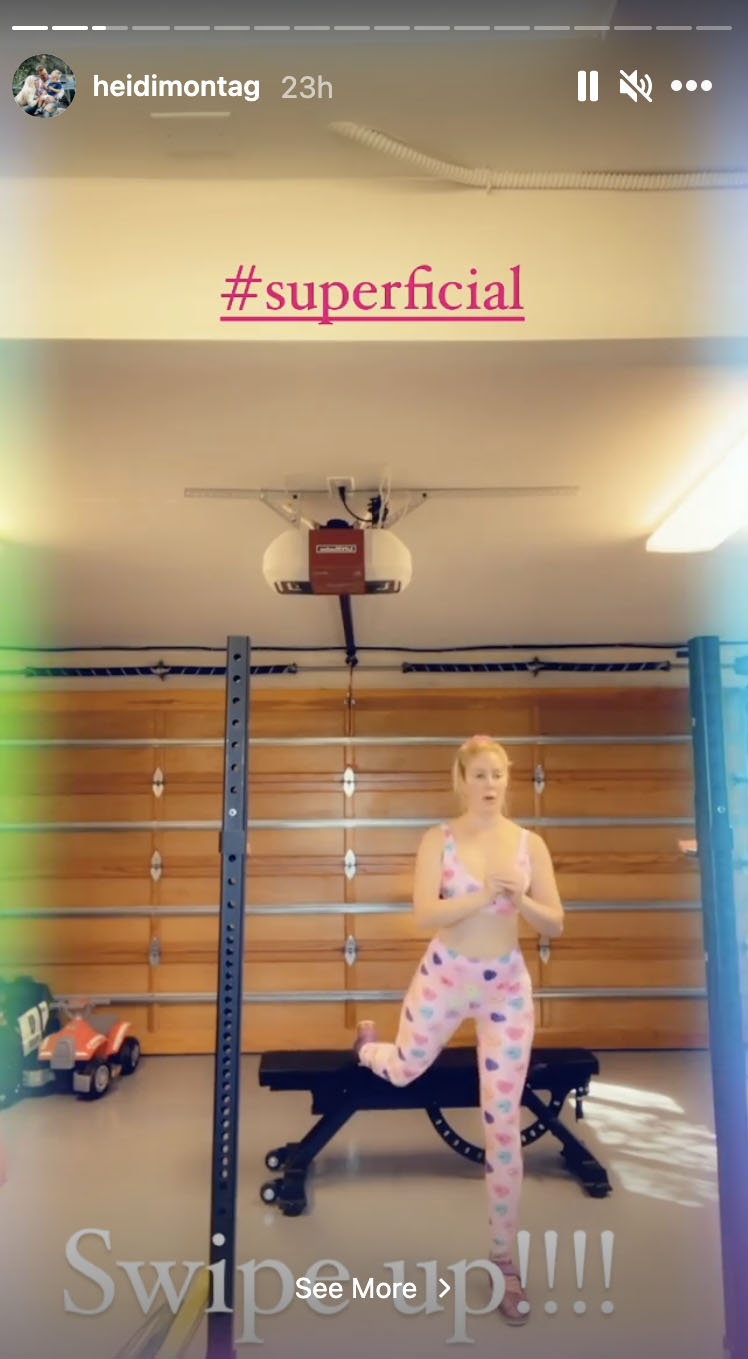 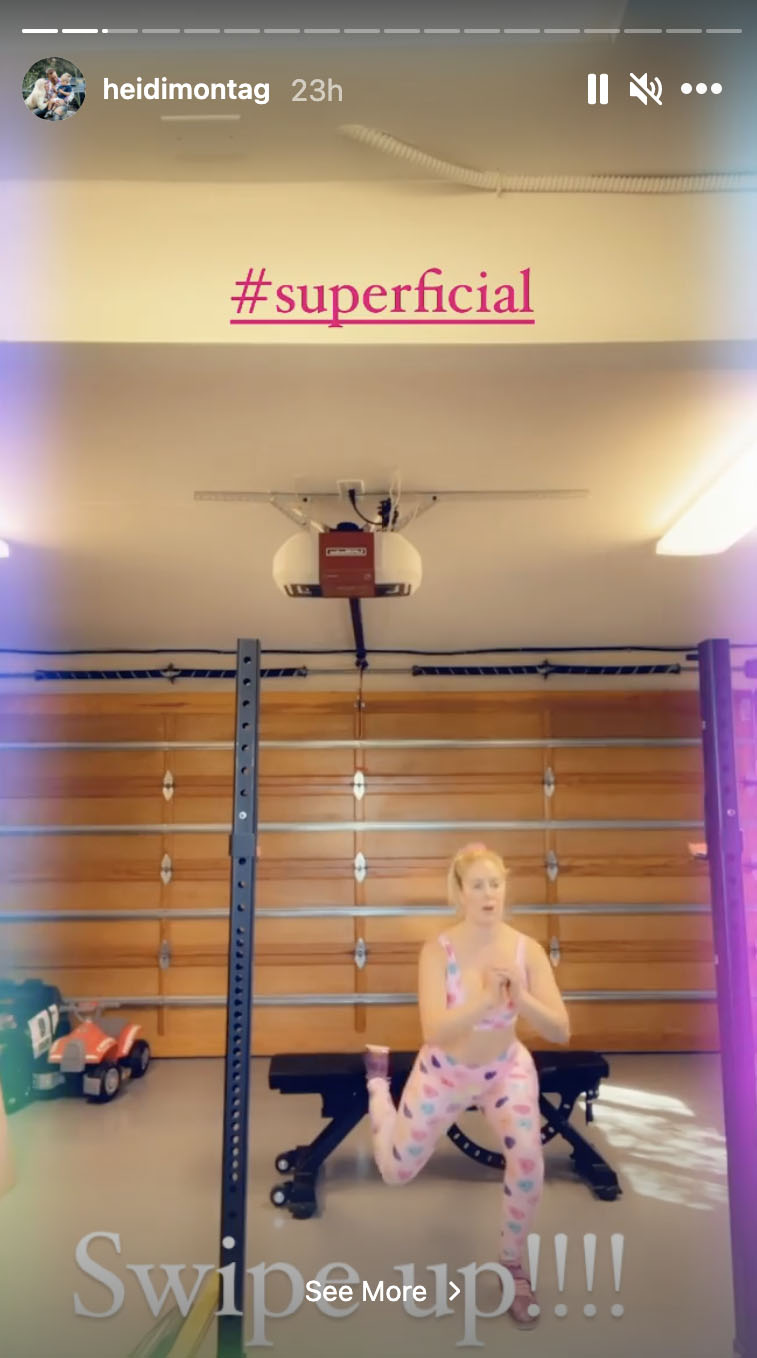 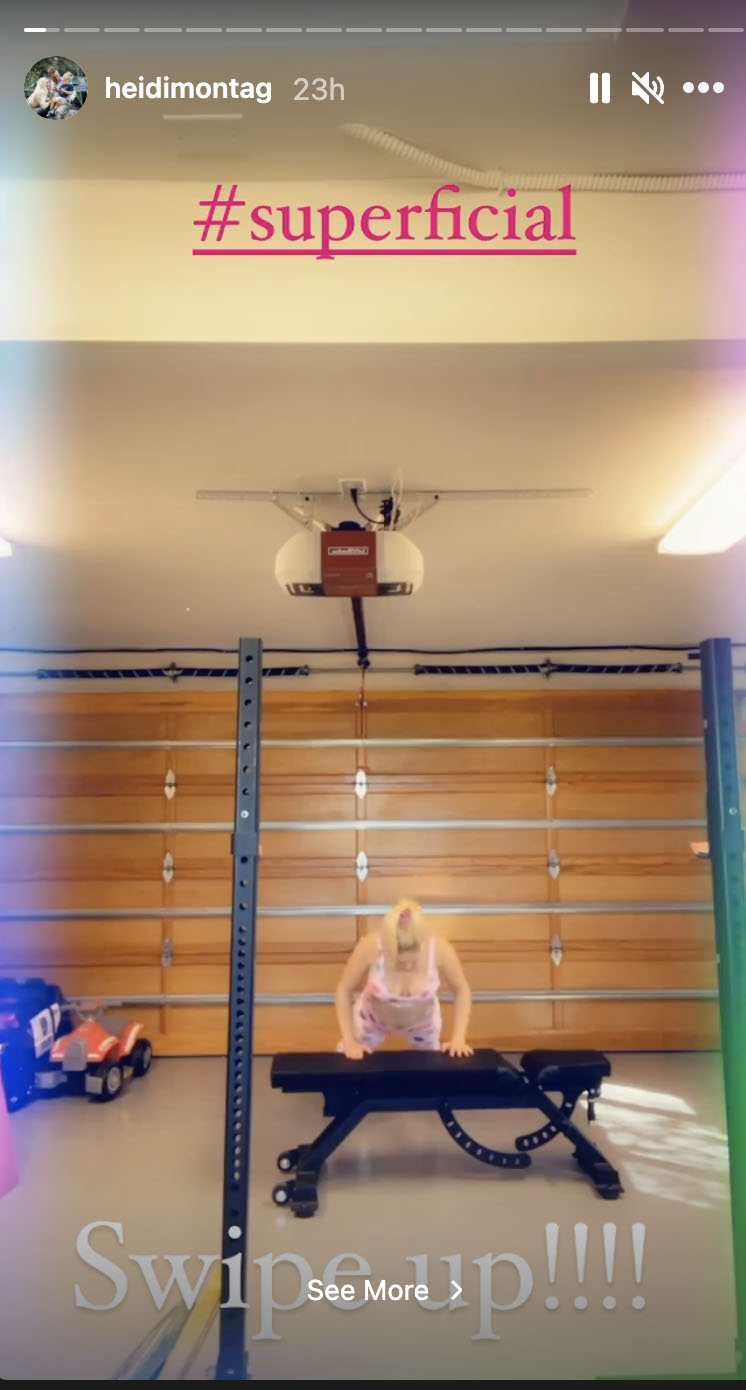 The blonde star recorded herself while doing pushups and dip lunges in the gym, as she seemed to clap back at the internet trolls who have judged her of late.

Heidi recently slammed fans who asked if she was pregnant, claiming that she was just "overweight."

Fans examined her stomach, one posting: "Is that a baby bump?? Will Gunner be a big bro??" 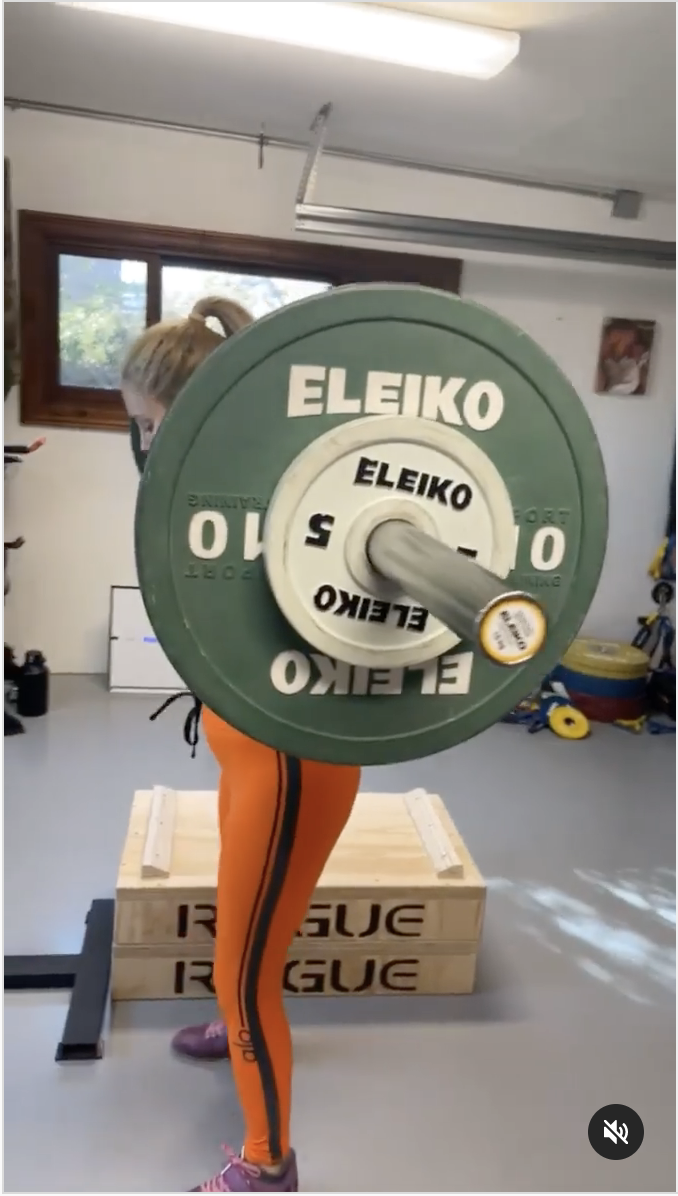 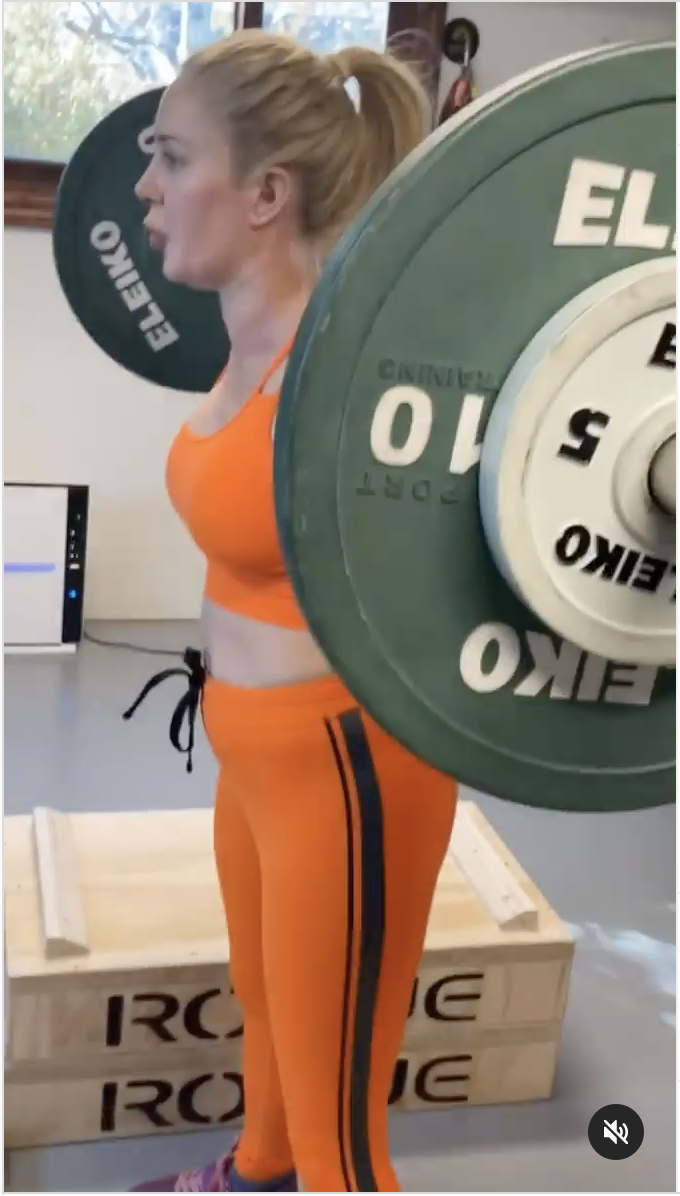 The Colorado native was also seen at the beach recently with her husband Spencer Pratt and their three-year-old son.

With her stomach fully exposed in wearing a lime green bikini, fans speculated further than baby number two could be on the way.

The Just Go With It star appeared to have a little bump as the dress hugged tightly on her curves, fans noted. 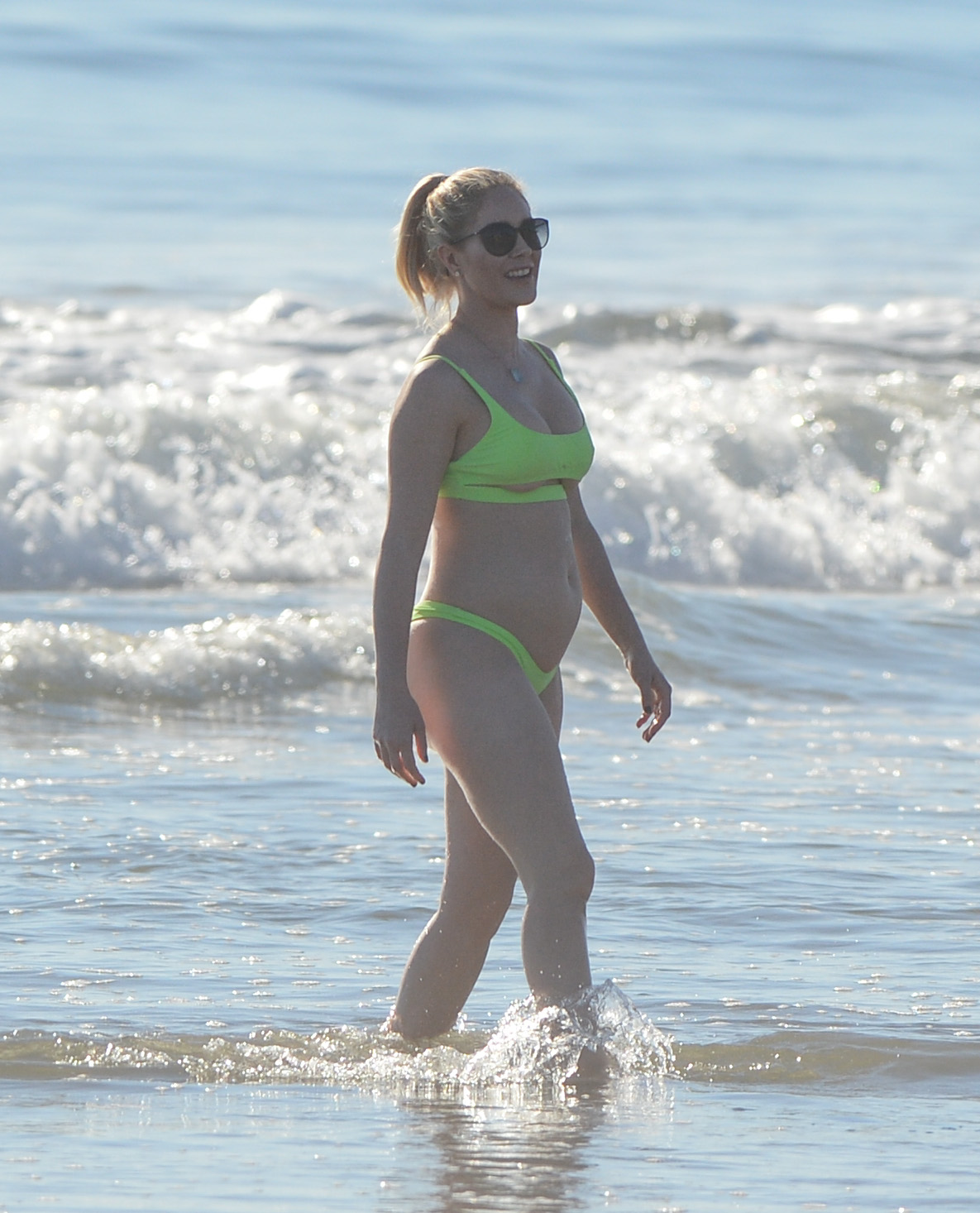 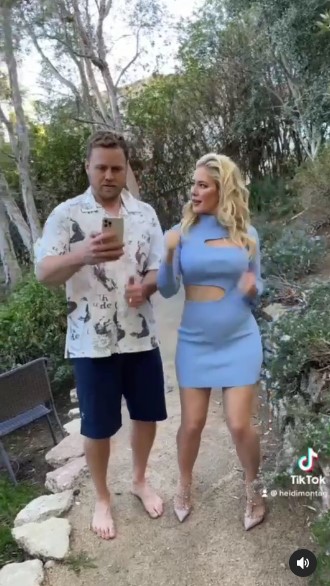 The MTV star took to Twitter to dispel all the rumors, as she wrote: "No I am not pregnant yet. Just a little overweight."

After Heidi went public about her quarantine weight gain, body shamers came after the actress.

Season two of The Hills: New Beginnings is currently in production and is set to premiere later this year. 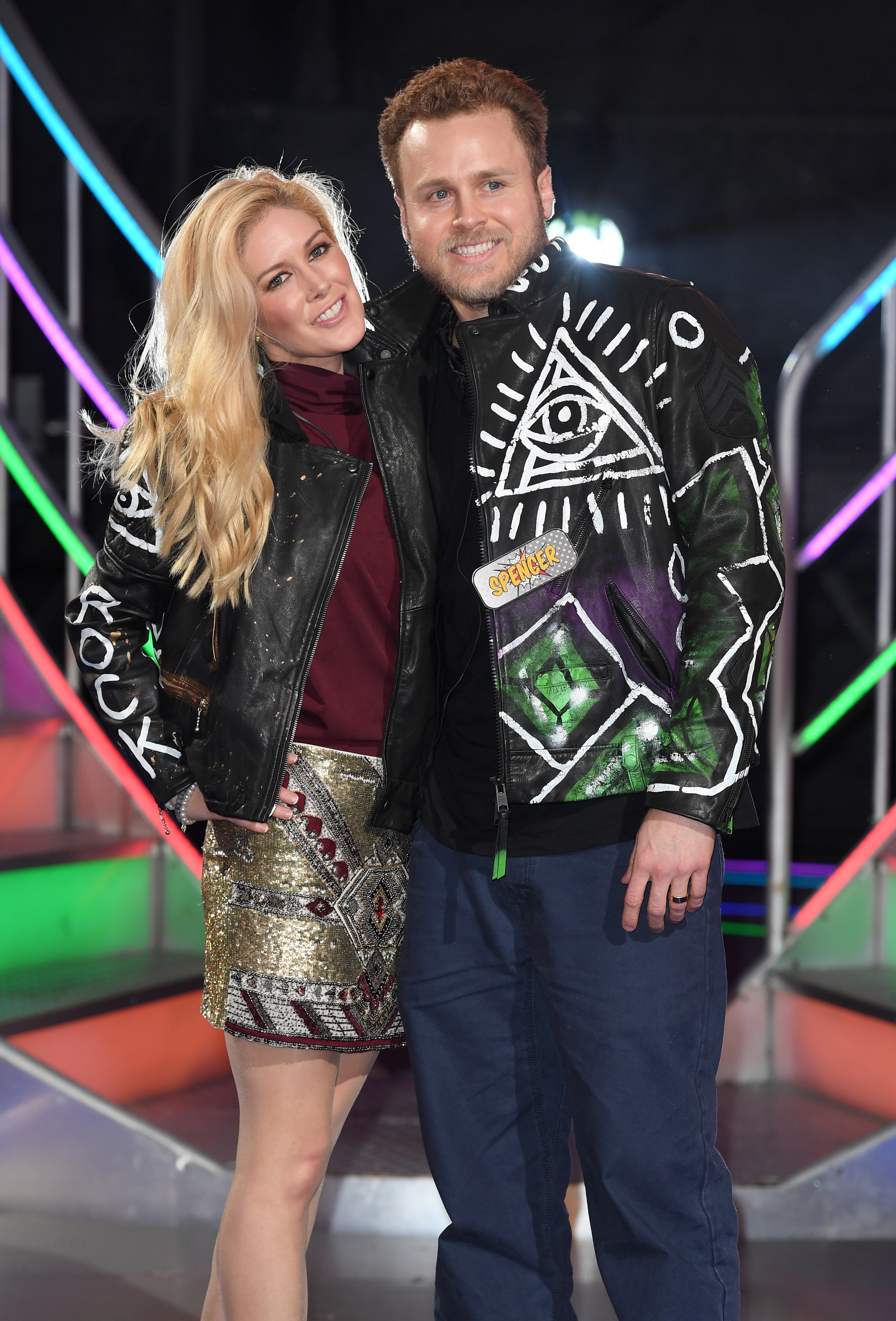 The cast of the 2006 original has reunited as they film new content for the series.

Heidi joined her costar, Kristin Cavallari, in a new TikTok video earlier this month as they performed a dance together.

The girls danced together as Heidi showed off her flat, toned tummy despite the recent pregnancy rumors. 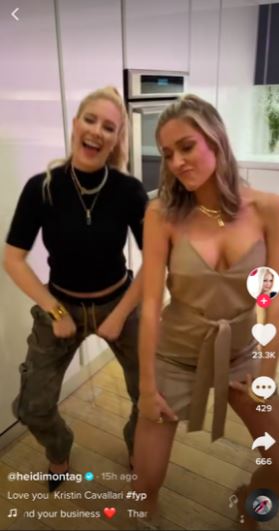 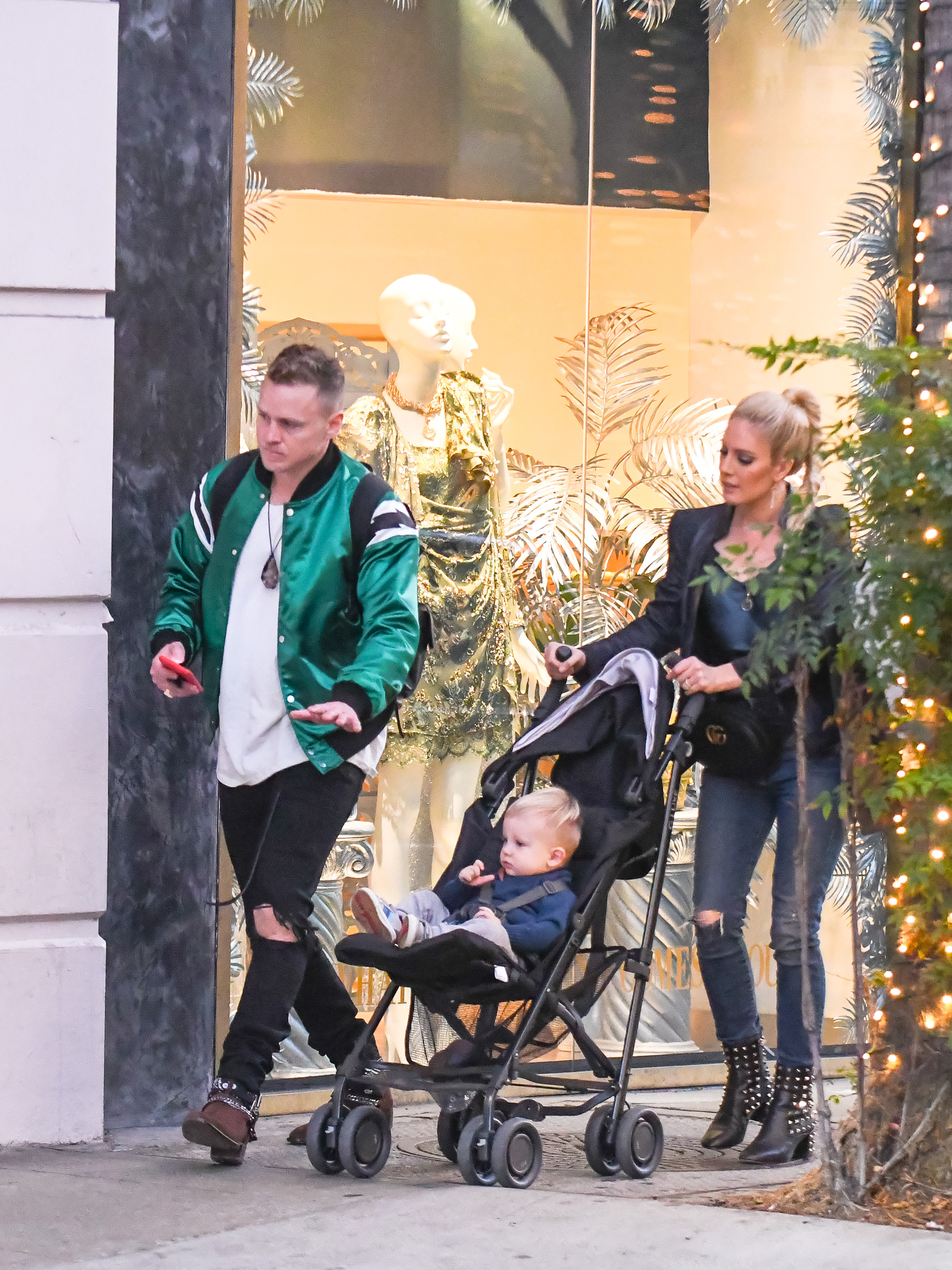 Spencer also recently opened up about parenting struggles with his wife as he admitted that their son "doesn't sleep" while on Instagram Live late last month.

"Heidi is with Gunner, having a playdate with one of his favorite friends Mr Henry.

"I need to get Heidi a matcha-latte because she was up throughout the night because Gunner still doesn't really sleep… three years later," he confessed.

Heidi and Spencer eloped in 2008, and officially married later in 2009.