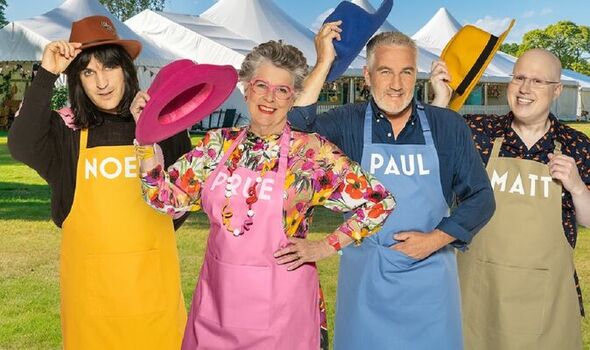 Judges Paul Hollywood and Dame Prue Leith will return alongside presenters Matt Lucas and Noel Fielding in the show’s famous tent for another series of signature, technical and showstopper bakes. The fan-favourite baking show returns in the same week as the launch of Strictly Come Dancing 2022 in what is set to be a bumper week of TV.

On Twitter, Channel 4 said: “Are you bready for brand new Bake Off? £GBBO returns Tues 13th September at 8pm.”

Similarly announcing the start date, the British Bake Off twitter account said: “In knead of some good news? Here’s a little something…”

It also shared a selfie of the judges and presenters seemingly on the grounds where the show is filmed.

He saw off competition from Crystelle Pereira and Chigs Parmar in the final episode to win the 12th series of the Channel 4 baking contest.

Both Dame Prue and fellow judge Hollywood said the final was the closest yet – each contestant having received two coveted “Hollywood handshakes” and two star baker awards during the series.

The final showstopper challenge of 2021 tasked the finalists with creating a Mad Hatter’s Tea Party display using both sweet and savoury treats and showcasing a minimum of four baking disciplines.