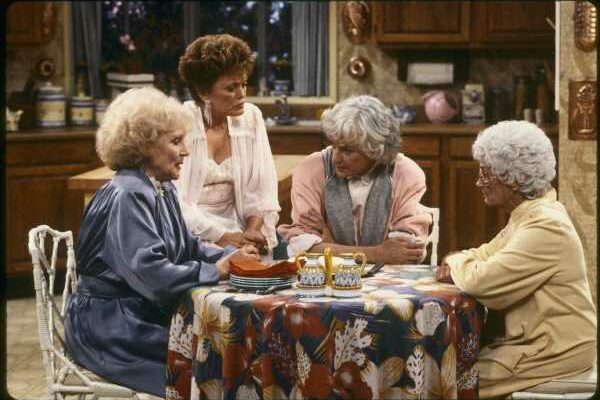 The Golden Girls ran for seven seasons on NBC during the 1980s and early 1990s. The show was popular way back then, but it’s grown in popularity over the years, too. The series is beloved for its wit and the comedic timing of its main cast. Its catchy theme song helped a bit, too. The show’s pilot premiered with “Thank You for Being a Friend” as its theme. That same theme carried the show through all seven seasons and served as the theme for its spinoff, The Golden Palace. The song is so connected to the series that it’s hard to think of it any other way, but it wasn’t written for The Golden Girls at all.

Who wrote and performed the theme song for ‘The Golden Girls’?

The theme song for the Golden Girls was written by Andrew Gold in 1978, several years before the show’s creators developed the concept for the series. According to The Atlantic, Gold never anticipated the song would go anywhere, and he certainly didn’t expect it to become a part of the pop culture landscape. Gold revealed that the song was a literal “throwaway” that he released as a single. Not much thought went into it. The songwriter and musician once claimed that it took an hour to pen. Regardless, it is part of pop culture now. While Gold is credited with creating the song, the original recording isn’t the tune that is beloved by so many.

Gold didn’t perform “Thank You for Being a Friend” for The Golden Girls. NBC executives liked the tune but wanted a female vocalist to sing it. They hired Cindy Fee. They also shortened it up, turning it into more of a jingle than a full-length song. Fee was the perfect pick for it. Her voice was already familiar to viewers. They heard her sing in many commercials during the 1970s and the 1980s.

When you think about the iconic 1980s sitcom, it’s hard not to hear the show’s memorable theme song in your head. It was possible fans of the famed series would be singing a different tune entirely if things had worked out differently. “Thank You for Being a Friend” wasn’t anyone’s first choice for the theme.

When NBC was developing the concept for The Golden Girls, they had a song in mind for its theme. Executives were hoping to get the rights to “Friends” by Bette Midler. The 1973 hit single is just as catchy as “Thank You for Being a Friend” and has a chorus that certainly worked for the show’s premise. The song would have been easily recognizable, too, as it was a big hit. But a big hit like “Friends” comes with a similarly large price tag. Rumor has it that NBC passed on the song when they found out how much it would cost to license it.

‘Thank You For Being a Friend’ was also used for ‘The Golden Girls’ spinoff, ‘The Golden Palace’

NBC canceled The Golden Girls, but CBS picked up and spun it off into another sitcom. In The Golden Palace, Blanche, Rose, and Sophia all work together to run a hotel they’ve purchased. While much hilarity ensues, the show only ran for a single season, despite being inherently linked to its predecessor by its characters and theme song. According to several sources, Bea Arthur’s refusal to reprise her role as Dorothy proved too much of a hurdle to overcome.

Arthur and co-star Betty White, who played Rose, had a longstanding feud. The costars had vastly different personalities and vastly different approaches to acting. Arthur also longed to return to the stage, and by the time the seventh season rolled around, she was decidedly done with portraying Dorothy. The Golden Girls ended with Dorothy’s marriage and rolled into the remaining housemates purchasing a Miami hotel.