The Flash (played by Grant Gustin) has gone up against a huge number of villains in his five seasons on The CW’s show so far.

While Reverse Flash (Tom Cavanagh) has been Flash’s biggest threat throughout the years, fans could see Barry taking on an even bigger threat.

Fans of the show saw images and heard rumours of the arrival of Godspeed – an infamous comic book villain who is notorious for giving The Flash a run for his money.

And although the next episode of the show is titled “Godspeed” fans weren’t completely convinced by the villain’s arrival – until now.

Brand new images have reportedly been released by The CW and Sky of Godspeed, according to Gizmodo.

Express.co.uk has contacted a representative from Sky for comment on these images.

The first image is a close up of the bad guy, showing off his menacing mask, and detailing his suit’s shoulders.

Meanwhile the second image showcases the evildoer standing in what looks like a lab ready to pounce – could this be where he gets his powers?

Godspeed dons an ivory white thick leather suit with some gold trimmings in the fashion of the traditional Flash lightning bolts.

While fans of the show have seen villains who also tap into the Speed Force possess different coloured lightning, Godspeed looks like he has white lightning – something never seen before.

It is not yet clear whether this white lightning has any different effects or abilities to Barry’s yellow lightning, but fans will surely find out later this week. 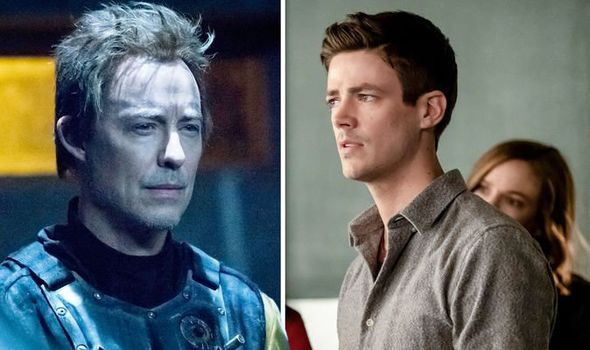 In other images released by The CW and Sky Nora West-Allen (Jessica Parker Kennedy) can be seen imprisoned at S.T.A.R. Labs.

And on top of that, it looks like the secret it entirely out for her, as Barry struggles to converse with the Reverse Flash – Eobard Thawne – through his cell in the future.

Fans of the show have recently been theorising Reverse Flash will be revealed as Godspeed in an upcoming episode.

While in the comic books Godspeed is an ally of The Flash, he eventually turns evil.

Similarly, Reverse Flash was a huge fan of The Flash before he was told to stop chasing him through time, sending him into an enormous rage, prompting his turn to the evildoer fans know and love today. 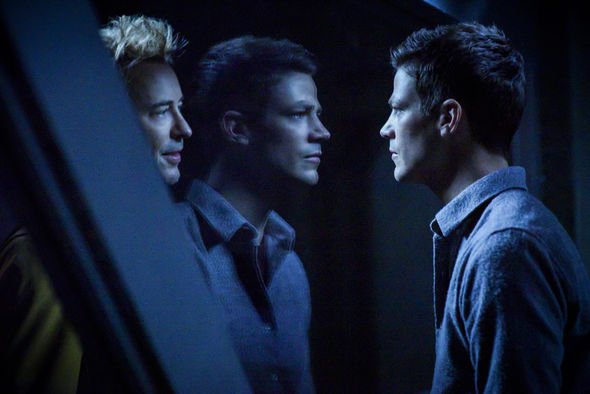 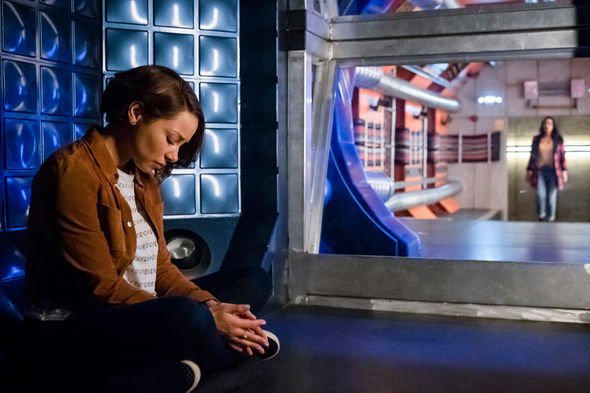 Viewers have been suggesting Godspeed will act as a sort of origin story for Reverse Flash as Barry heads into the future.

One fan on Reddit wrote: “What if the season ends (kinda like last season) with a speedster showing up in a replica Flash costume.

“This speedster will then take his mask off and declare himself to be Eobard Thawne – A.K.A. the Flash’s biggest fan.”

“If they build up his relationship with The Flash (outside of Team Flash to avoid potential plot holes) well enough then just having him find out and run off in anguish would be a big moment, for the Flash and the Reverse Flash.”

The Flash season 5 returns tonight on The CW.