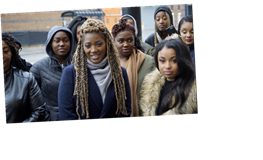 EXCLUSIVE: Production on the upcoming fourth season of Showtime’s The Chi has been suspended for a week following a positive Covid-19 test, Deadline has learned.

Temporary production shutdowns have become the norm while filming during the pandemic, and TV studios, including Disney TV Studios’ 20th Television, which is behind The Chi, all have rigorous protocols and procedures in place that have proven effective as TV sets have remained safe even when the country was in the grips of a major third wave of infection this past winter.

Showtime this past week set a May 23 premiere date for Season 4 of The Chi, which shoots in Chicago.

Created and executive produced by Emmy winner Lena Waithe, The Chi is a coming-of-age drama, centered on a group of residents on Chicago’s South Side who bond deeply, after connecting by coincidence.