The Chase sees one of Britain’s brightest quizzers take on a group of contestants hoping to outrun them and take a huge cash prize home from the ITV show. Although they went home empty-handed, the team didn’t leave without a fight after, leading Mark Labbett to brand one contestant his “worst nightmare” after she displayed some impressive knowledge tonight.

The ITV tea-time show fronted by Bradley Walsh gives members of the public the chance to win big money from The Chaser.

Tonight, players Anne, Daniel, Ollie and Cate all attempted to go home with the jackpot as they took on The Beast.

First to take on Mark tonight was Daniel, who made a good attempt, getting six questions correct in the quickfire round.

He decided to stick with the money he had built up in the next round and sailed through to the Final Chase. 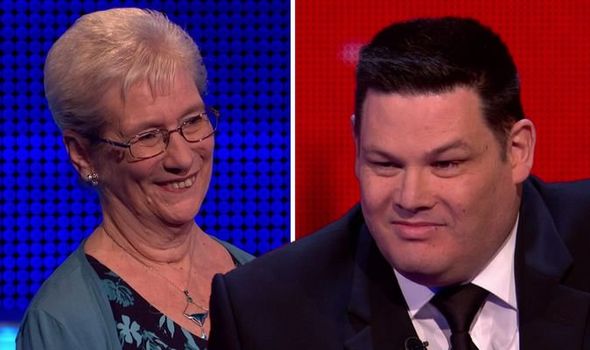 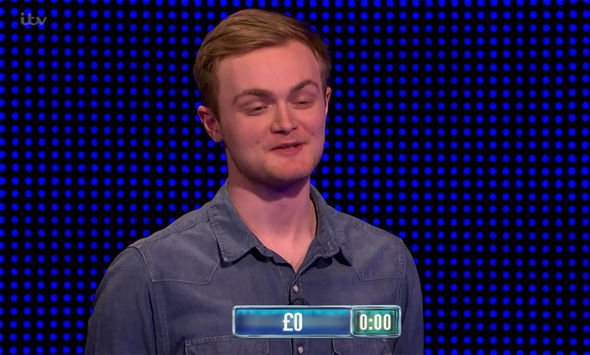 Next up was student Ollie, who had a bit of a shocker on his cash builder and failed to get a single question right.

However, his teammates were sympathetic and agreed he had been dealt a tough set of questions, before his head-to-head with Mark.

He told the host: “I think I’m going to take the lower offer. I think there’s a lot of stigma but I’m more likely to get back,” which Mark agreed with him on.

Ollie easily managed to get through and left Bradley questioning why he didn’t go for a higher offer. 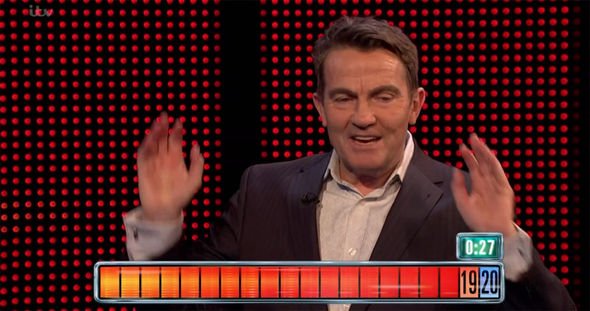 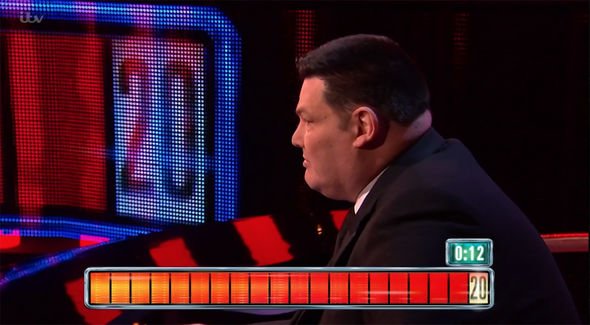 Player three, Cate, failed to make it through to the final round, with just one more player up to face Mark – Anne.

Joining her teammates in the Final Chase, Mark was left uncertain as to how well the trio would perform before his final round.

He said: “It’s interesting because Anne obviously from a long career in teaching, has arts and literature covered, Ollie should have the science covered and Daniel is going to be the all-rounder.

The team had a surprisingly strong Final Chase and got 20 steps ahead of Mark, leaving him gobsmacked.

After he took his position back in the chair, Bradley told the host: “Got to be honest, I wasn’t expecting that.”

Mark echoed: “You took the words out of my mouth, I was sitting quietly having a snooze backstage and then I thought ‘well hello.'”

The players nearly managed to pull off winning the £10,000 jackpot in the bank after Mark made a few errors at the last minute.

However, he was on an impressive run and they were caught with 12 seconds remaining, leaving Bradley to say: “Sad to lose, got to say, that was thrilling – what a game!”

Mark praised the team after their solid run despite the loss, saying: “Well I mean Daniel did the work to start with, Ollie woke up and redeemed himself when he got his confidence – the second minute he was flying.

Referring to Anne, he added: “My worst nightmare is a lady of a certain age who is rock solid in literature, arts, history, food and drink…” leaving Bradley to conclude: “I love it.”

The Chase airs weekdays at 5pm on ITV