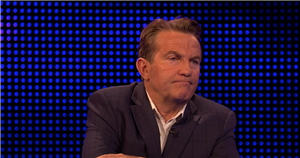 A contestant who appeared in the latest episode of ITV's The Chase quickly became a hot topic on Twitter as she appeared set off viewers' Amazon devices.

Mother of two Alexa came on the show with hopes of winning big, but fans appeared to be distracted by her name more than her quizzing ability.

Heading over to Twitter, fans couldn't help but mention how there home devices were piping up due to hearing the name "Alexa".

Taking to Twitter, fans shared their thoughts, with one viewer writing: "Jesus Christ she’s set my Alexa off."

A third said: "Alexa is going to set everyone’s Alexa off."

Meanwhile a fourth added: "Having to change the channel because #TheChase keeps setting my Amazon Echo off."

But although Alexa didn't do too bad and managed to accumulate £4,000 in the cash builder round, she appeared to crumble when faced with chaser Jenny Ryan.

Playing for £4,000, Alexa let her nerves get ahead of her and she was unfortunately caught by Jenny.

Before she departed from the show, presenter Bradley told her: "You haven't got far to go home."

After watching her performance on the show, fans took to Twitter to comment on this and her abrupt exit too.

One viewer joked: "Hey Amazon, can I get a refund? This Alexa knows Bob all…!"

Meanwhile another said: "That’s such a shame. I think Alexa is my all time favourite Chase contestant. Absolutely lovely."

Although Alexa left the show prematurely, her team members Michael, Aaron and Steph managed to make it through to the final.

With a total of £10,000 to play for, the contestants answered 16 questions between them in the last round.

But although they had opportunities to push the Chaser back, the team were unlucky and didn't manage to defeat brainbox Jenny.