Though the world still waits for official word from AMC, Sony TV, and now Netflix, the “Breaking Bad” movie is ever-closer to becoming a reality. But lost amid the flurry of reporting — Who’s in it? (Aaron Paul) Where can I watch it? (Netflix, then AMC) When will it be out? (still unknown) — is what the Netflix deal means for its broader film slate. Netflix, fellow streaming giants Amazon and Hulu, as well as the up-and-coming SVOD behemoths at HBO and Turner, are putting a premium on films.

“Breaking Bad” is just one piece of the puzzle, but it’s quite the fascinating piece. Why this film would be coveted is clear: Netflix helped turn “Breaking Bad” into the landmark TV series it is today, boosting ratings for AMC’s subsequent seasons while luring more fans to the service, and Vince Gilligan’s six-season drama still drives conversation years after it ended. Still, one has to wonder why AMC would give up first-run rights, reversing the release pattern that worked so well for the series.

The answer could lie in another franchise within the network. AMC — which, somewhat ironically, used to stand for American Movie Classics — set plans in motion to release its own original films when Andrew Lincoln left “The Walking Dead” last year. At the time, plans were announced for three movies tracking his character, Rick Grimes, and AMC’s Scott Gimple said the network planned to release those films itself.

However, Gimple didn’t rule out a theatrical release or the possibility of partnering with a streaming service. AMC had taken meetings with Amazon and Netflix regarding the expanding “Walking Dead” universe, which could include anything from more spinoff series (a la “Fear the Walking Dead”) to more movies. If the “Breaking Bad” deal shows any indication of AMC’s general leanings, the “Walking Dead” movies could also end up on Netflix. After all, the seasons are already available on the service, just like “Breaking Bad.” 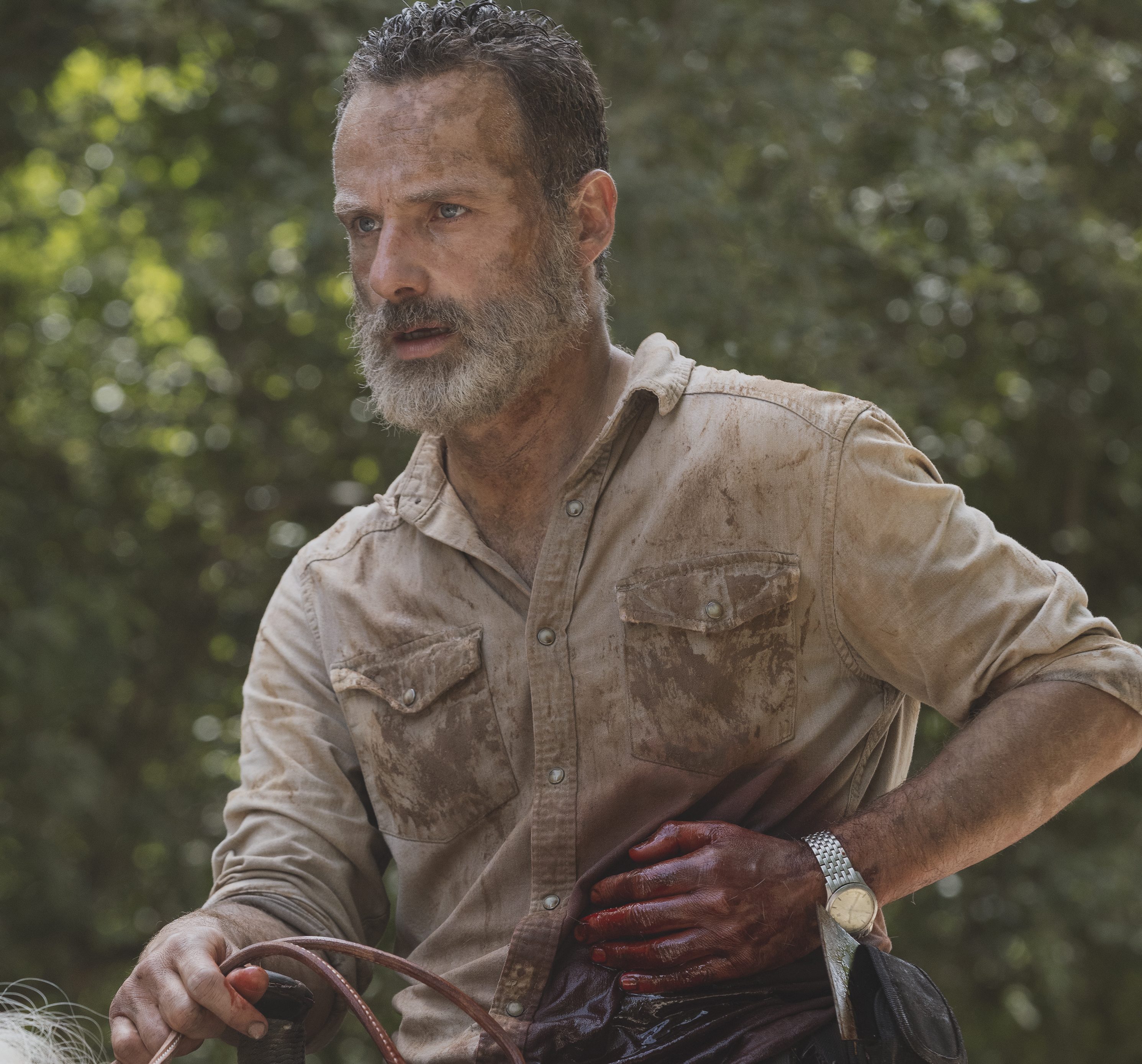 Andrew Lincoln in “The Walking Dead”

It’s distinctly possible these movies are more lucrative for Netflix than AMC, so the deep-pocketed streaming giant is willing to pony up the money for first-run access, and possibly even Netflix Original branding. Netflix has stepped in to buy movies from various studios before, including deals for “The Cloverfield Paradox” and “Mowgli.” The buys are costly — Netflix reportedly spent $40-50 million on the “Cloverfield” sequel — and that’s good news for sellers trying to balance the books. (AMC needs to keep its profits up to keep shareholders happy, which is part of the reason there’s a “Walking Dead” property airing every quarter.)

But it’s also good news for streaming services that place different values on original films. Amazon is also amping up its film slate, as evidenced by big buys out of this year’s Sundance Film Festival. The online shopping colossus with a studio and streaming service all its own spent more than $41 million on four high-profile movies, despite analysts’ speculation that it would be difficult for the films to recoup their budgets at the box office. Studio head Jennifer Salke recently told IndieWire why the box office wasn’t the bottom line for success.

“We look at it completely differently,” she said. “Our customers love us having a great selection of movies on the service. […] The theatrical is there for, you know, hopefully we have a hit movie or something great happens. But if not, we know the value of what those movies provide on the service for our customers. So it works for us.”

Hulu’s Senior VP of Originals Craig Erwich gave a similar description of how that company values its programs.

“A lot is written about the individual performance of a show but the metrics that we’re really focused on is the total engagement of each of our viewers,” Erwich said at his recent TCA presentation. “We’re looking for them to have a completely satisfying experience over the course of their subscription, so we’re not just looking at, ‘Do they watch this show or this show?’ It’s, ‘What’s the collection of shows they watch? How often do they come to our platform?’ and then, ‘How can we serve them better?’”

Hulu, which just snagged its first Oscar nomination for Bing Liu’s documentary “Minding the Gap,” is in a bit of a waiting game. As more than half its ownership is about to shift to Disney (once the Fox buy is finalized), the service will likely be impacted by the Mouse’s upcoming streaming service, Disney+. Some have said Disney+ will house the conglomerate’s family fare, while Hulu will focus on more adult-themed content. But as Disney tries to carve out its own corner of the SVOD market, one huge asset it has is its deep film library. Most of the studio’s movies that have been available on Netflix won’t be available on the service after 2019, making Disney-owned streaming options the only place to access Pixar, Marvel, and classic Disney properties.

That alone could be fueling the scramble for film ownership at the other streaming services. If Disney comes to be known as the dominant streaming service for movies, it will own a pivotal part of the market share. Netflix, Amazon, and more have to show that they offer must-see movies, too — from big blockbusters to award-winning indie fare — or risk losing an early battle in the streaming wars.

The fourth major player is WarnerMedia, led by HBO, but with a new, unnamed streaming service set to launch beta testing at the end of the year that will unite content from HBO, Turner, and Warner Bros. Speaking at the TCAs, CCO of Turner Entertainment (and WarnerMedia Direct-to-Consumer) Kevin Reilly said, “We’re not looking to battle with Disney” — all while emphasizing the wide array of offerings the service will provide, from kids fare to HBO’s premium content to a deep library of classic films.

Reilly said one of the reasons for discontinuing the Turner-owned Filmstruck service was because Warner Bros. “has a disproportionate amount of the titles considered great films.” Since those movies will be offered within the new service, Filmstruck’s catalogue isn’t as crucial (especially given those movies aren’t wholly owned within Warner). 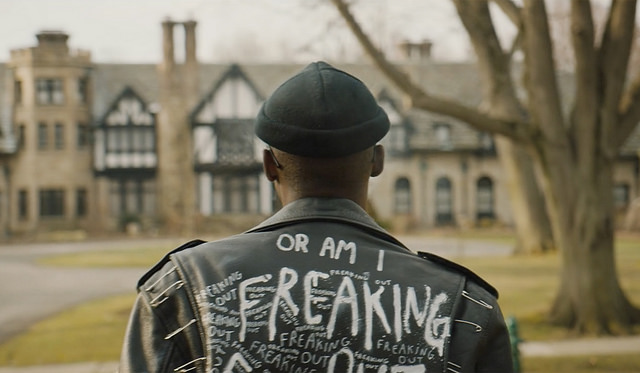 Of course, HBO has a movie library of its own. Everything from Steven Soderbergh’s “Behind the Candelabra” to the Emmy-winning “Lackawanna Blues” to the critically acclaimed 1993 film “And the Band Played On” represent a bevy of made-for-HBO movies currently streaming on HBO Now. Of late, though, the premium cabler-turned-prestige-SVOD provider has been very active at the Sundance film festival, scooping up “Native Son,” “Share,” and the controversial documentary, “Leaving Neverland” in 2019, after making a big splash by buying Jennifer Fox’s “The Tale” the year prior.

When asked about the motivation for increased film acquisitions and value of those movies, HBO Programming President Casey Bloys told IndieWire he’s looking for movies that “spark a conversation.”

“The value is, No. 1, getting to showcase really interesting movies for our subscribers,” Bloys said. “No. 2 is […] we’re looking for movies that may spark a conversation. I think ‘The Tale’ did that brilliantly. I think with ‘Native Son,’ Rashid Johnson is a really exciting filmmaker, and to take on a novel like that which was so controversial at the time and then adapt it to current day sparks a conversation and debate in a healthy and a good way. I think that’s good for us.”

But Bloys also pointed to another valuable aspect of owning films: awards.

“Five years ago, I don’t think we could have had conversations with filmmakers about airing on HBO, and how many people are going to see it, and that you can be in the Golden Globes race, all the guilds races, and the Emmy race,” he said. “I think that has become a much more viable and interesting conversation than a few years ago.”

This brings us back to Netflix and more questions about its film acquisition strategy; specifically, how “Breaking Bad” presents a bit of a dilemma as to how Netflix movies are perceived. One of the major Emmy battles over the last two years has been in the TV movie category, which Netflix has won two years running by submitting episodes of “Black Mirror” as standalone films. This enraged anyone who actually made movies for television, none more than HBO — “The Tale” earned a nomination for Outstanding TV Movie, as well as a nod for Laura Dern, but zero wins.

Meanwhile, Netflix has been waging a war of perception. Netflix films aren’t TV movies — not since “Roma” earned 10 Oscar nominations, “Icarus” won the Academy Award for Best Documentary in 2018, and the streaming service has snagged nearly 30 total nominations in just five years. The promise of Oscars is valuable branding for Netflix if it wants to continue to attract the best talent to their service, and it’s one advantage the service can offer that HBO can’t — for now.

Bloys said HBO “might” release some of its films theatrically, which could mimic Amazon’s release strategy — where films are released in theaters before eventually streaming exclusively on Prime Video — and result in HBO films qualifying for Oscars.

“We’ve had conversations about it,” Bloys said. “We might [release films in theatres], but really, we’re obviously in television and Emmys are our business. But there may be a theatrical component. We’re still talking about it.”

As the lines continue to blur between film and television, the “Breaking Bad” movie illustrates a possible tipping point. The series was an awards darling, but can the movie compete at the Oscars? Would voters accept it as a bonafide film, or will Netflix try to argue this is a TV movie, while its other movies aren’t, because of “Breaking Bad’s” small screen origins? Will Netflix sacrifice its perception as an Oscar player to compete in more awards shows — or, does all gold carry the same value?

In the end, what matters most to SVOD providers is having must-see movies. How they’re labeled and perceived is part of a bigger question about branding, as well as the ongoing conversation within the industry about what separates film and television. But at this point, one thing seems clear: The future is streaming, and movies are going to be a major part of it.