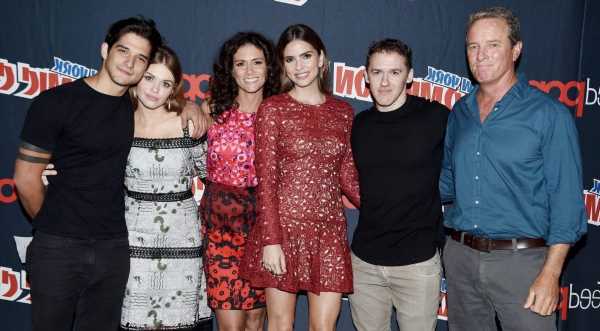 Fans of Teen Wolf can hear the howling of wolves once again in Beacon Hills. The supernatural teen drama was a hit television show that aired on MTV from 2011 until 2017. Teen Wolf was riding the wave of popularity brought upon by The Vampire Diaries and Twilight that created a worldwide fandom catered to vampires, werewolves, and teen drama. The MTV series had its own fan base that made it successful and had fans upset when it finished after six seasons.

On Sept.24, MTV announced the series would return to Beacon Hills in a Teen Wolf movie on Paramount+. Fans were in an uproar over the news as many hoped and dreamed the main cast and the story would make a comeback ever since its end on television. Before the movie’s big debut in 2022, fans might want to binge-watch the series once or maybe multiple times. Six seasons of Teen Wolf will be a piece of cake, especially as it is readily available on certain streaming platforms.

A normal teen gets bit by a werewolf in the forest

Teen Wolf is a television adaption of the 1985 Michael J. Fox movie of the same name but with a differentiating storyline. Scott McCall (Tyler Posey) is like any other awkward teen attending high school in Beacon Hills. One night before his sophomore year of high school, he is bitten by an alpha werewolf in the forest. Scott must now balance his normal teen life and his heightened new reality as a werewolf.

By Scott’s side is his best friend, Stiles Stilinski, played by actor Dylan O’Brien, the son of the local police chief. Scott’s once dismal high school teen life is drastically changed with his new werewolf abilities, and he becomes a lacrosse star. He also becomes smitten with the new girl. Being a werewolf is not all fun and games when hunters soon threaten him, and Scott learns more about the supernatural events surrounding Beacon Hills.

How many episodes of ‘Teen Wolf’ are there and what is the movie about?

MTV and Tyler Posey helped announce Teen Wolf would be getting a movie installment. The short trailer only reveals the movie will air on Paramount+. According to SyFy Wire, the movie will occur with Scott as an adult once again protecting Beacon Hills. The show’s creator, Jeff Davis, will write the movie and be its executive producer. It is yet to be confirmed who of the original cast will return. Fans can speculate Tyler Posey will return to his leading role as he helped make the big announcement on Twitter.

With a new movie set for 2022, fans will feel the need to rewatch the series. New fans to Teen Wolf will easily binge-watch the series’s six seasons. Over the course of six years, Teen Wold aired exactly 100 episodes. Seasons 1 through season 4 consisted of 12 episodes, but the remaining two seasons had 20 episodes each. Season 5 and Season 6 were divided into two 10-episode segments.

Is ‘Teen Wolf’ on Netflix?

For new fans to understand the 2022 Teen Wolf movie, they have to watch the original series. Thankfully, many streaming platforms have Teen Wolf available. Netflix users will not be able to watch the series on the platform, but United Kingdom users have access to the first two seasons. There are many other ways to watch and fall in love with Teen Wolf and its main characters.

Amazon Prime members can watch all six seasons of Teen Wolf, while everyday users can purchase each season as well. Hulu users are also in luck and can watch all 100 episodes from start to finish. If wary of subscribing, Hulu does offer a free subscription. There is another option to consider. Viewers can purchase episodes of Teen Wolf on Youtube for $1.99 each. According to Variety, Paramount+ will stream the entire series in Dec.