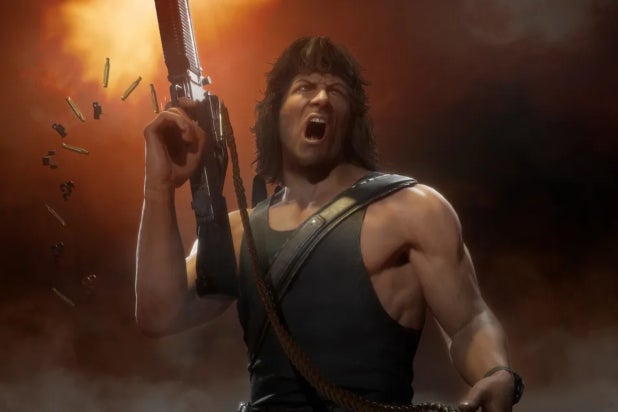 The design of Rambo is true to his original look in the first Rambo film, “First Blood,” which saw Stallone playing a weary Vietnam vet, who, underneath the hardened warrior exterior, really just wants a nice meal from a diner.

While Rambo’s look is based on his character in the first movie, Sony said in an announcement that the design and cinematic teams working on “Mortal Kombat 11” “drew great inspiration from that film, as well the subsequent sequels.”

The “Mortal Kombat” franchise has licensed characters outside its original storyline before as a way to expand the DLC (downloadable content) offerings and keep fans interested. In 2011, “Mortal Kombat” added macabre dream-walker Freddie Kreuger.

“Playing as Rambo is like time-traveling back with Kronika to 1982 (and) or character artists have perfectly captured Rambo’s look from ‘First Blood,’” Sony said. “Of course, having Sylvester Stallone voice one of his most iconic characters is an absolute thrill. We worked hard to make sure that every line of dialogue was true to the Rambo that fans know and love.”

Check out Rambo — complete with red headband — in the trailer below: