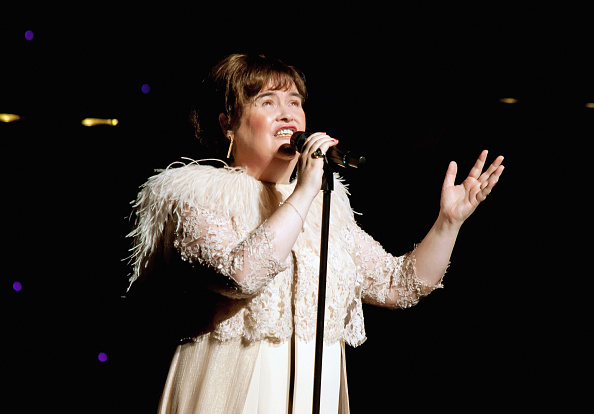 Who would have thought Susan Boyle and the Tokyo 2020 Olympics opening ceremony would be uttered in the same sentence?

It may seem like an unlikely pairing, but the singer did in fact play a significant role in the spectacular opening ceremony for the delayed Olympic Games, much to the shock of viewers tuning in.

During Olympic opening ceremonies, it is tradition for doves to be released in some form or another to symbolise peace, a ritual that first began over a century ago at the 1920 Antwerp Olympic Games.

For the ceremony in Tokyo, rather than release real-life doves, thousands of paper doves descended from above, as a melodic ballad was played in the background.

The BBC commentators noted that the song being played was Wings to Fly, a song performed by Susan Boyle for her debut studio album I Dreamed a Dream, which was released in November 2009.

Susan’s cover of Wings to Fly was only made available to Japanese consumers as a bonus track, with the original iteration of the Japanese folk song released in 1970.

Several viewers expressed their astonishment over the shoutout to Susan by the commentators and the fact that her song was played in the ceremony.

‘Susan Boyle and the Tokyo Olympics are not a pair I would have put together but there we go,’ one person tweeted.

‘Ok, who had Susan Boyle in the @Tokyo2020 Opening Ceremony Bingo card?!’ another said.

‘Susan Boyle at the Olympics wasn’t something I was expecting,’ someone else wrote, while another simply remarked: ‘SUSAN BOYLE PERFORMING AT THE OLYMPICS????’