After the hype of the 2021 World Series, which saw the Atlanta Braves take home the championship on Tuesday, primetime assumed regular programming with the usual suspects back at the top. Survivor and The Masked Singer, after losing out to the World Series last week, were the highest-rated programs of the evening, tying with a 0.9 rating in the 18-49 demo.

NBC’s Chicago trio remained steady in the demo from last week’s episode and saw more 6 million viewers each on Wednesday. Chicago Fire (0.7, 6.76M) was the big winner for NBC. Later in the evening, Chicago P.D. (0.7, 5.48M) won its timeslot.

Before the 2021 World Series, Fox saw Alter Ego post its lowest viewership since its debut in September. Unfortunately, Alter Ego‘s latest episode (0.4, 1.96M)  barely brought in in 2 million viewers. A couple of weeks ago The Wonder Years  reached a viewership low, but last night’s showing just saved itself (0.4, 2.20M) from a new low. 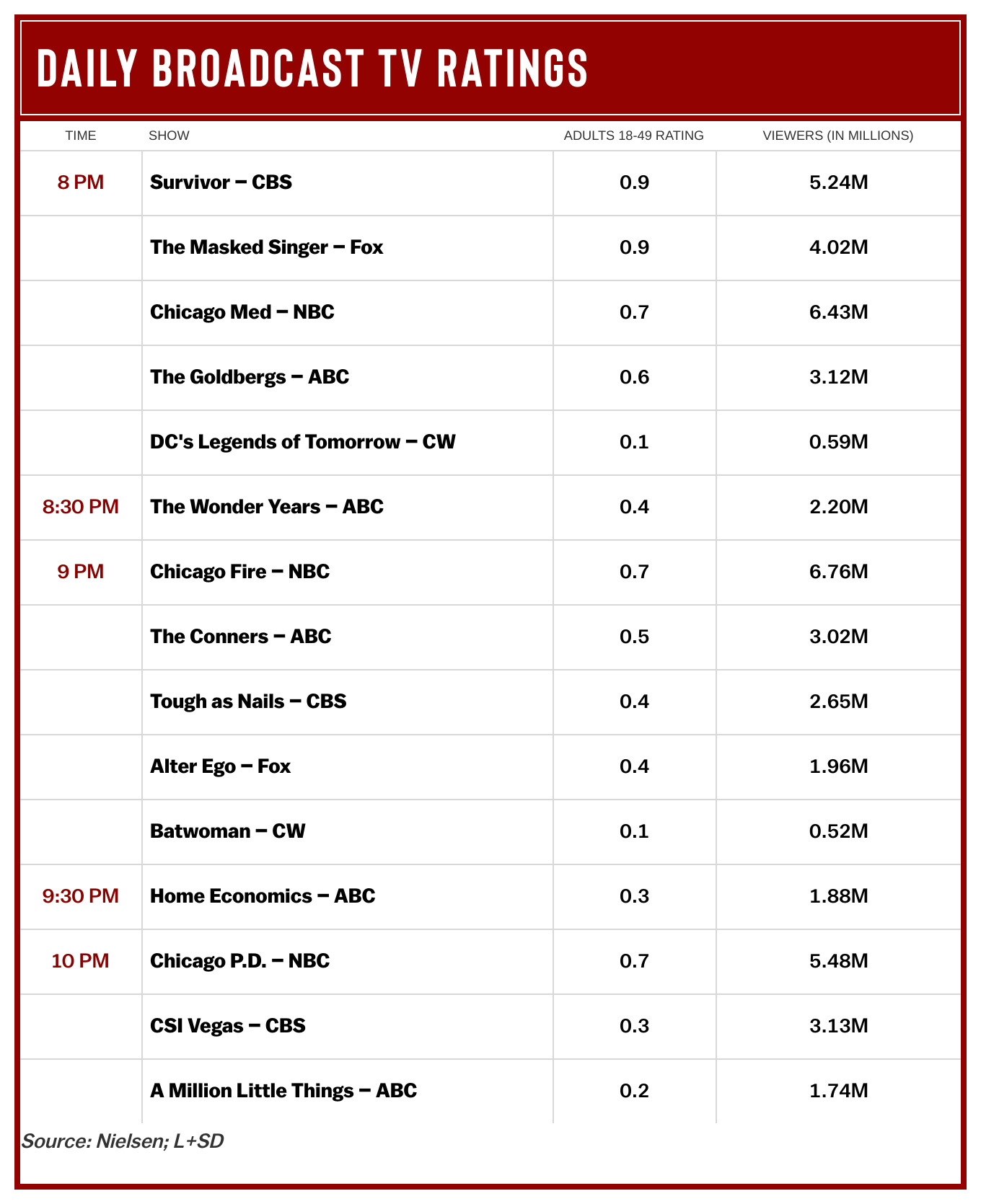