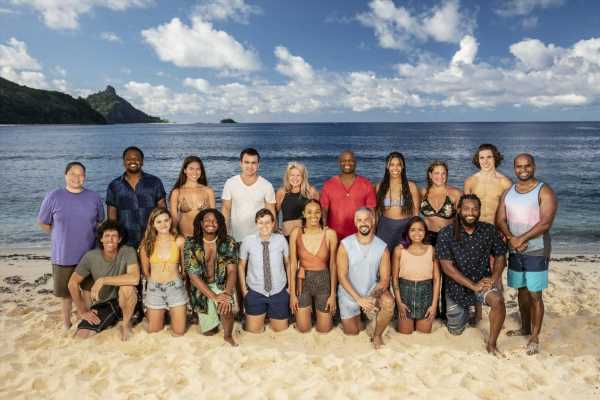 In the Survivor Season 41 premiere, Jeff Probst warned the contestants that this would be a new, more brutal era of the CBS reality competition series. And, so far, the game has lived up to his promise. Instead of the standard 39-day structure, Survivor is now only 26 days, making gameplay more urgent. Plus, the contestants have to earn flint and don’t get rice. Under these harsh conditions, fans wonder if any players will be medically evacuated from the game. And thanks to speculation from a few fans, there’s reason to believe that one contestant will get injured this season.

[Spoiler alert: This article may contain spoilers from Survivor Season 41.]

Will the crew have to medically evacuate Sydney in ‘Survivor’ Season 41 Episode 4?

Per a Reddit thread, many fans have speculated that the crew will have to medically evacuate Sydney Segal, a contestant on the Luvu tribe in Survivor Season 41. Some attentive fans noticed from her social media pages that Sydney tore her ACL sometime in the past year. And they think this injury could have happened while playing Survivor. A Reddit user said, “Her Instagram had a story of her with a knee brace during filming days.”

The Reddit users speculated whether or not Sydney tears her ACL during a challenge. Another Reddit user said, “The injury doesn’t have to occur at the challenge. In the preview [for episode 4] she was being super dramatic about not being able to make fire and it looked like she was going to take a few of her own fingers off, so I wouldn’t be surprised if she ends up doing something reckless and gets hurt. But either way, whether she gets booted normally, med-evacced or quits, she’ll almost certainly be gone within the next 2 episodes.”

One Reddit user claimed, “I’ve heard from a friend of hers that her ACL was partially torn before the season started and she played through it on Survivor. A few months ago she was loving that all the Survivor hardos were positing that she got medevaced.” So, there has been no confirmation of whether or not Sydney gets medevaced. But, either way, it looks like her emotions may get the best of her in Survivor Season 41.

Sydney is currently on the Luvu tribe

Sydney Segal is on Luvu, or the blue tribe, in Survivor Season 41. And three episodes into the new season, Luvu has not lost a challenge yet. But thanks to Survivor Season 41 Episode 4’s preview, it looks like Luvu could be heading to Tribal Council soon.

In the preview, Danny mentions that Deshawn wants Luvu to throw the immunity challenge. We have no idea why that is, but it might be because Luvu wants to get rid of Sydney.

Survivor‘s Twitter page recently uploaded a sneak peek of episode 4. In the video, Erika tells Deshawn that she wants to get rid of Sydney because she cannot control her emotions. But her comments also make Deshawn wary of Erika. Either way, it looks like Luvu might be heading to Tribal Council in episode 4. And if the crew does not medically evacuate Sydney in Survivor Season 41, she will most likely be voted out by her tribemates.

Who has been voted off so far in ‘Survivor’ 41?

While there have been no medical scares in Survivor Season 41 so far, there have been many twists and shocking moments. In episode 1, both Yase and Ua had to go to Tribal Council and vote someone off after Luvu won the immunity challenge. Yase’s Tribal Council was less crazy as the majority of the tribe united in voting off Abraham. But Ua had what Survivor fans call a “live Tribal.” Players started getting up and whispering back and forth as the target changed from Brad to Sara. In the end, Ua decided to vote for Sara to be the first tribemate to leave.

In episode 3, Ua lost the immunity challenge. Back at camp, JD and Ricard decided to vote out Brad, while Brad and Genie wanted to vote for JD. As the swing vote, Shan sided with JD and Ricard at Tribal Council and sent Brad packing with two advantages left unused.