Why is Thomas Meunier wearing a mask for Belgium at the World Cup 2022? | The Sun AceShowbiz -“Survivor: Edge of Extinction” aired its second episode on Wednesday, February 27. Titled “One of Us Is Going to Win the War”, the episode featured the contestants deliberating over their plan on targeting the four returning players: Joe Anglim, Aubry Bracco, David Wright and Kelley Wentworth.

David and Kelley were seemed to be in jeopardy as Many lost immunity again, leading the tribe to face down Tribal Council. David figured that he needed to eliminate Kelley first if he wanted to stay alive. However, his plan didn’t go well because everyone seemingly targeted Keith, who played a pivotal role in the tribe’s immunity challenge loss. 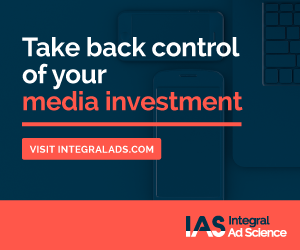 Eventually, Keith was voted out. But thanks to the current season’s new twist, Keith was given another chance to redeem himself by going to the desolate Extinction Island. Things was not necessarily easier there. Reem Daly, who traveled to the island in the season premiere, was seen sitting alone, with barely enough food, water and shelter to survive.

Host Jeff Probst previously predicted that some contestants might want to get out of the island after deciding to take the challenge. “If we cast the show well and we have people who really want an adventure, I anticipate the first person says, ‘Oh, hell yeah. I’m going,’ he told The Hollywood Reporter out on location.

He continued, “Depending on who it is and why they were voted out and what the first three days were like, they may say, ‘It’s more than I bargained for. I’m out.’ ” And it was true, because Keith seemingly re-thought his decision.

In the episode, Reem could be seen already suffering on the island. At the end of the episode, she revealed that she might raise the flag to quit if nobody showed up. Now that Keith joined her, it remains to be seen what would happen on the island.

“Survivor: The Edge of Extinction” airs Wednesdays at 8 P.M. ET on CBS.