Everyone loves HGTV. If they tellyou otherwise, they’re probably lying.

What started out as a huge gamble eventually paid off whenit became the third most-watched network on television. Though no TV executivescould have predicted how much people would enjoy watching complete strangers shoppingfor houses, or renovating houses, or both, the fact remains that we can’tget enough.

Flip or Flop, Property Brothers, House Hunters, Fixer Upper, Love It or List It… we realize that most of these shows are staged and mostly fake. But it’s still so much fun to suspend our disbelief and lose ourselves in the lull of family-friendly, drama and stress-free television. It just feels so good.

While millions of people tune in to HGTV, not everyone knowssome of the mostsurprising details about the network. 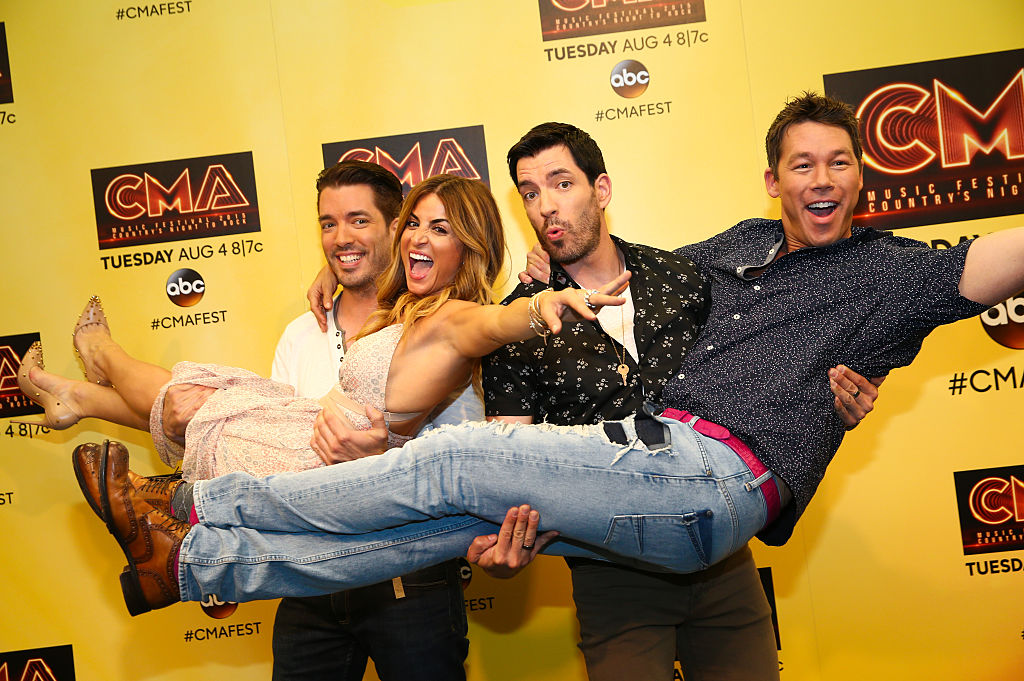 There are some famous names associated with HGTV

Before it became the HGTV we know and love today, thenetwork was called “Home, Lawn, and Garden Channel” and included arts andcrafts projects along with home renovation content. There was even a quiltingshow in the lineup.

Luckily for all of us (except the quilters), they changed tack pretty quickly. In fact, one of the earliest shows included none other than Bachelor Nation mainstay Chris Harrison as the host. Remember Designers’ Challenge, where interior designers faced off and homeowners chose their favorite plan?

Harrison isn’t the only big name associated with HGTV. Reese Witherspoon is an outspoken fan of HGTV and even professed to want her own show. Ryan Reynolds and Blake Lively were in love with Fixer Upper when it was on, with Reynolds tweeting that he planned to “move the family to Waco.”

Which would you pick? Play along from home, tonight at 10|9c. #HawaiiHunters #HGTVBeachNight

Most people have figured out by now that House Hunters is fake. How fake? Well, many home seekers have revealed that two of the three houses they tour aren’t in the running because they have to already be under contract to appear on the show.

HGTV responded by saying in a statement, “We’remaking a television show, so we manage certain production and time constraints,while honoring the home buying process. “

Drew and JonathanScott never dreamed of being HGTV stars

Did last week's #PropertyBrothers Forever Home reveal make anyone else feel like dancing🕺🏻? Click my bio link to go #InsideTheDesign and dive deeper into exclusive #BTS design details from the episode.

Everyone’sfavorite twins and hosts of Property Brothers, among several othershows, had aspirations of becoming something quite different. The two tried outcareers as singers, actors, and magicians before settling on becoming HGTVstars. But thatdecision paid off.

Now their companyis worth over $1 billion. And it’s all thanks to HGTV.

I've been thinking a lot lately about how grateful I am for all of YOU and the support and encouragement you've shown to our family and our business over these last few years. When I was blogging years ago to an audience of about 17 people, I would have never dreamed of any of this. You all are truly so kind, big hearted and the most supportive. We wouldn't be here without you. ❤️#thankful

HGTV wasdoing just fine before Chip and Joanna Gaines came along and changed everything.The obsession with Fixer Upper was fast and fierce, turning this powercouple into the darlings of the network practically overnight.

The renovationshow lasted for five seasons and turned the Gaines family into household names.But not everything about it was so rosy. For one thing, there was a rumored feudbetween the Scott brothers and the Gaineses (they deny it). Plus, Chip Gainesfelt “trapped” toward the end of filming.

Now Chip and Joanna are ready to launch their own network. Will it steal our hearts like Fixer Upper did? We can only hope so.

‘Flip orFlop’ has more drama than a soap opera

Who knewhosting a television show could save your life? A concerned fan wrote to producerswhen he sawa concerning lump on host Tarek El Moussa’s neck. It turned out to be Stage-2thyroid cancer. The early detection likely saved El Moussa’s life.

And that’s not all. The El Moussa’s devastated fans when they announced they were getting divorced in 2016. Despite their split, the two remained friends and even kept filming Flip or Flop, which saw a huge ratings boost. Viewers tuning in to witness an epic on-screen blowout were sorely disappointed.

HGTV willalways have our hearts, even with all the behind-the-scenes drama.