Saturday night’s Strictly Come Dancing featured a few shake-ups after Neil Jones was forced to pull out of the show. This meant Kevin Clifton stepped in to dance alongside Alex Scott but given the short amount of time they had to rehearse, the pro made a few mistakes.

Both she and Kevin were awarded a score of 34 points for the Street/Commercial performance.

However, as Kevin wasn’t given much time to practise, he made a few slip ups throughout.

Alex could even be heard offering advice throughout the dance to keep him on track. 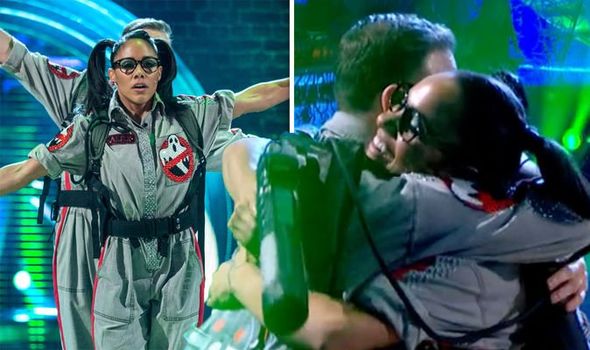 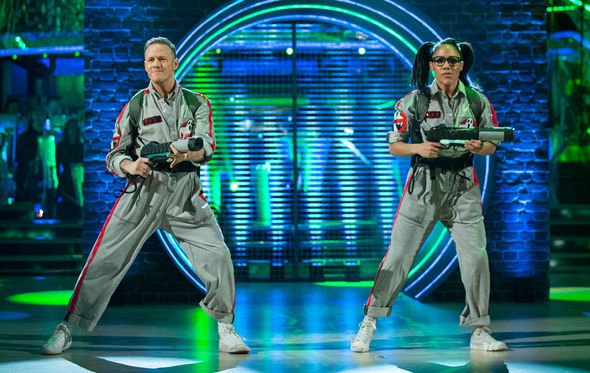 Now, it’s been revealed what Kevin said to Alex after they finished the fast-paced routine.

As the pair embraced, Kevin can be heard apologising for making mistakes.

It comes after Alex scolds him halfway through the routine when they both go in for a kick. 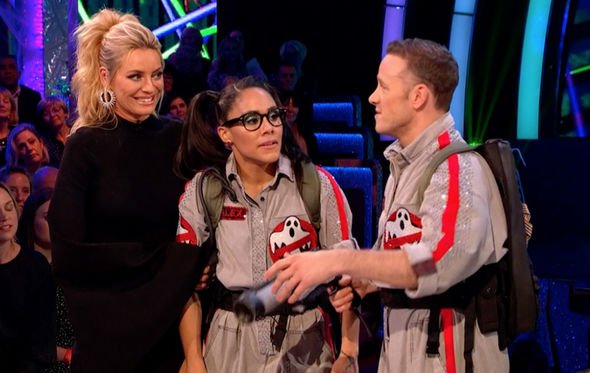 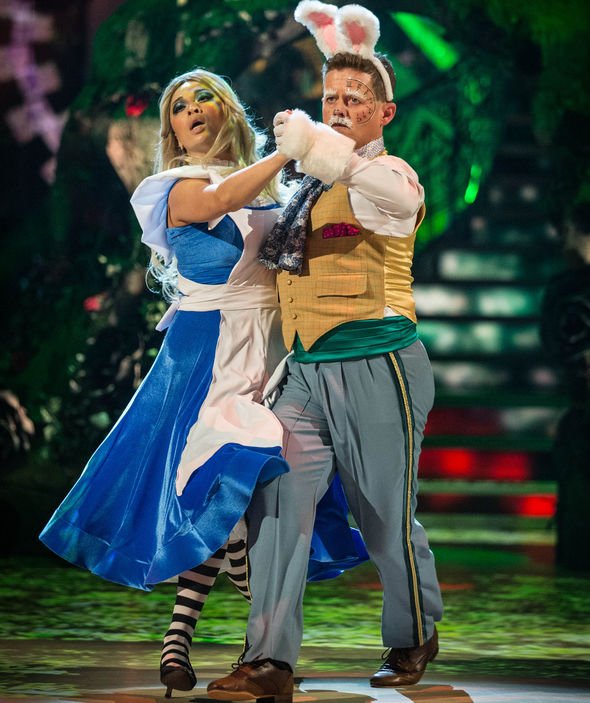 Kevin’s mistakes didn’t seem to matter too much though as Alex sailed through to week seven of the competition.

It’s looking hopeful her professional partner Neil will be back on the dance floor with her this weekend.

This weekend will see Alex and Neil attempt the American Smooth to Ain’t No Mountain High Enough by Marvin Gaye and Tammi Terrell.

Unfortunately, Alex is one of the favourites to be booted off the show next alongside Will Bayley, who also had to pull out of Saturday’s show.

According to Ladbrokes, Will’s odds of being eliminated are at 9/2 while Alex’s odds have been cut to 16/1.

Mike Bushell, however, is still odds-on to be booted out next after he faced the dance-off last week for the second time.

Alex Apati of Ladbrokes said: “Punters are detecting possible problems for Alex Scott and Will Bayley this weekend as Mike continues to upset the odds.”

Many fans claimed the result was a fix and took to Twitter to call for Shirley to be sacked from her role as head judge.

Strictly Come Dancing continues Saturday on BBC One at 7pm.