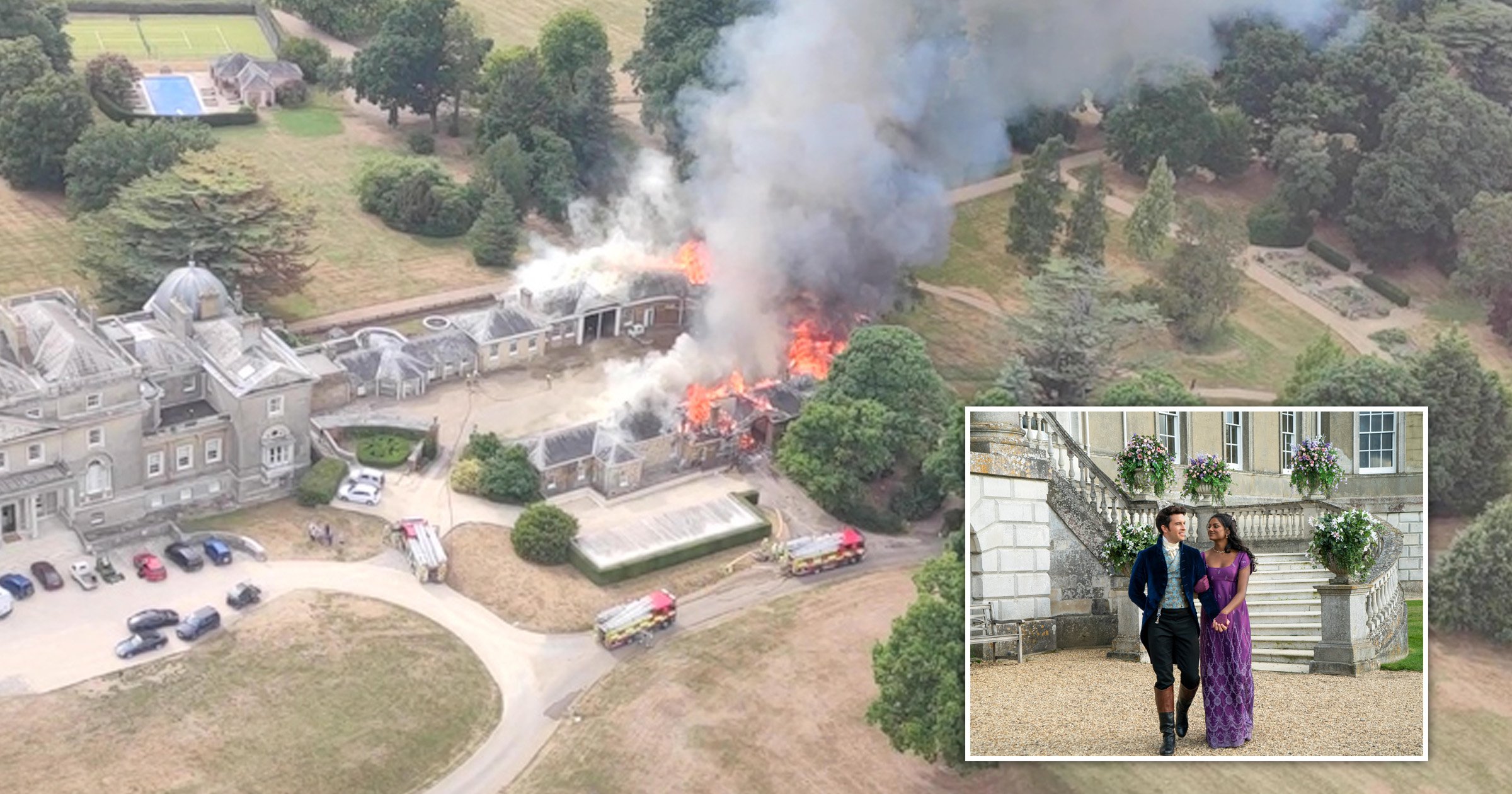 A fire has ripped through the stables at one of the homes that is used in the Netflix series, Bridgerton.

Wrotham Park Hall, which doubles up as Aubrey Hall – home of the Bridgerton Clan – suffered the blaze on Wednesday afternoon.

Firefighters from across Hertfordshire and London were quickly on the scene in South Mimms to put out the flames.

Some of them spent the entire night putting out the fire and making sure it did not spread to the main house or surrounding woodland.

Thankfully nobody was hurt in the fire.

Firefighter Keith Harland said: ‘Crews from both Hertfordshire Fire and Rescue Service and the London Fire Brigade worked very hard to successfully contain the fire and prevent it from spreading to the main building, which was our main concern.

‘Thanks to the great teamwork of the many crews involved, the fire was extinguished and there were no casualties.’

Wrotham Park Hall is a Grade II listed home that was built in 1754 for the fourth son of Admiral George Byng, 1st Viscount Torrington.

The house was destroyed in a fire in 1883 that completely gutted the building. However, there was enough time to retrieve contents from the house before it was destroyed and it was rebuilt exactly as it was before the fire.

The house has passed down the Byng family and remains in their hands.

It has previously been used for filming on dozens of films and series, including The King’s Man, Downton Abbey, and Bridget Jones’s Diary.

It’s uncertain whether the fire will have impacted filming for season three of the series, which is currently in production and will follow the love story of Colin Bridgerton (Luke Newton) and Penelope Featherington (Nicola Coughlan), who also goes by the alias Lady Whistledown.

This isn’t the first time a fire has broken out at the Wrotham Park estate, which was first built in the mid-18th century.

In 1883, the house was destroyed by a fire, before being rebuilt to replicate exactly how it looked before.