Doug Jones has worn countless pieces of latex and make-up over his career to play dozens of strange and unusual creatures — but the one role he finds uncomfortable is “teacher.”

Jones, who currently stars on “Star Trek: Discovery” as Kelpien Starfleet officer Saru, is often asked to coach his fellow actors on how to create the right kind of body movement for the various aliens and monsters he plays. “When I do a role like that, and they bring in more to play my type, I find myself in a tutorial position,” he said. “Because I’m the first person to play a Kelpien, I guess we all figured that I must know how they move more than anyone else.”

The third installment of “Star Trek: Discovery’s” series of Short Treks films brought viewers to a brand-new world — but one with some familiar-looking residents. “The Brightest Star,” set on the pre-warp planet of Kaminar, focuses on how a young Saru escaped his primitive village and explore the universe.

Because “The Brightest Star” introduces the Kelpien people, this meant introducing a lot more Kelpiens — so prior to production, the crew made time for Jones to work with the other actors who play his fellow villagers. 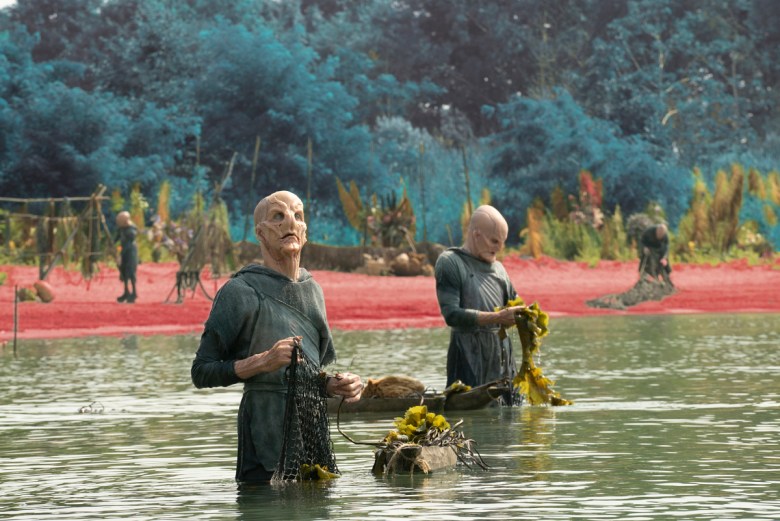 Much of what he taught them about the way Kelpians walk became irrelevant due to the film’s beachy setting and the complicated high-heeled boots. “When you see all of our Kelpian villagers walking on sand in those hoof boots, everything goes out the window,” he said. “If you can stay standing upright, you’re doing great.”

But Jones admitted that he doesn’t feel comfortable in those moments. “That’s not my job title. Every time I’m asked to do that, I always feel very unworthy,” he said. “I don’t feel like I had the upper hand on that at all, but it’s very sweet when a production has the confidence in me that they think I do. So I’ll try to play it out. I’ll try to do my best.”

Jones is being too modest, of course: Producers have confidence in his abilities, given his 32 years of experience as a creator of strange and unusual characters. As a series regular on “Discovery,” he undergoes an extensive daily transformation to play Saru, a role he loved expanding with “The Brightest Star.”

“What I was so happy about is that it offers back story that answers all of the questions and hints that I’d been dropping throughout Season 1,” he said. “When you see the oddball on the bridge of a ship, you wonder ‘What are his people like, where does he come from? What are you gonna find out?’ That’s what I love about this short.” 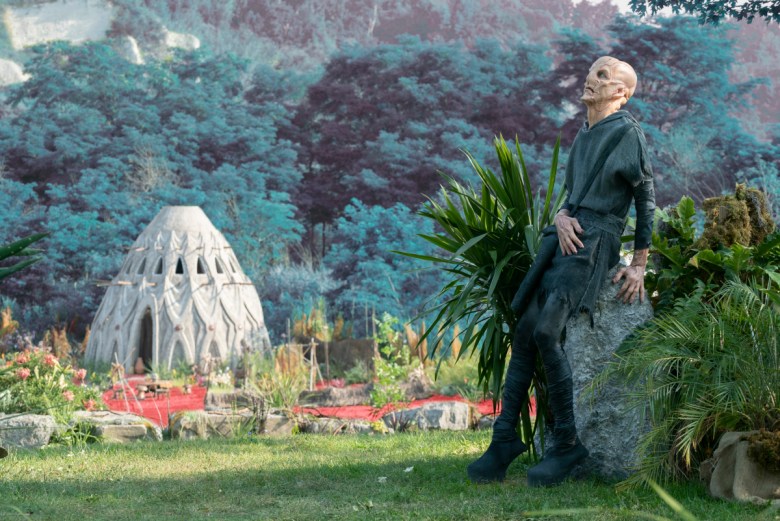 Jones shot “The Brightest Star” last August, when he also filmed the second season of “Discovery.” “I couldn’t keep track of which story I was in,” he said.

In the first season, Jones received plenty of indications about Kelpian life from the writers, but “The Brightest Star” answered the biggest question about Saru’s character — specifically, how he was able to join Starfleet despite being part of a civilization that’s not a part of the Federation. Part of the answer included a cameo appearance by Michelle Yeoh, reprising her role of Lieutenant (not Emperor) Georgiou in the short.

“To see a younger Georgiou come off of a shuttle and have a first contact with me was just a beautiful moment to play,” Jones said. “I love her anyway, she’s just a delight to work with, and an icon in her own right. So having a moment, just the two of us at our first point of contact — I think that’s gonna be a real treat for the fans.”

Meanwhile, Saru’s journey in the short was a narrative that had a personal connection for Jones, given his own origin story.

“In my teenage years, living in Indiana, every time I saw a sunset, I knew it was setting somewhere over California. I was sure of it,” he said. “That’s why I knew I wanted to move there one day and be an actor. Dreaming about what’s ahead and what’s outside of the borders of Indiana for me — Saru felt very much the same way. What’s outside of this planet of Kaminar? He looks at the sky and sees so much more potential that none of his friends and family have never looked up to wonder about. So he’s the first to explore his curiosities. That was such a beautiful storyline to play.”