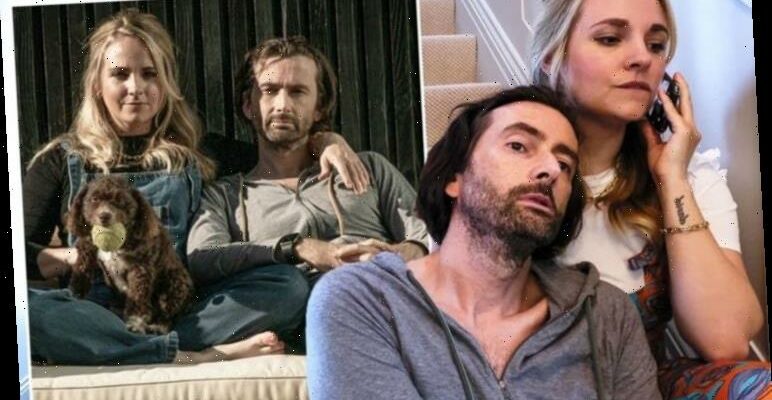 Doctor Who legend David Tennant and Golden Globe-nominee Michael Sheen kept BBC viewers entertained in 2020 with Staged, a sitcom following two actors trying to keep their careers on track amidst the coronavirus lockdown. David and Michael play fictionalised versions of themselves and the show has proved such a hit, it’s returned for the second season. With both actors filming from their own homes, both families have lent a helping hand, something David’s wife Georgia has long been keen to do.

An actor in her own right, Georgia’s CV boasts roles in a number of TV shows, from Casualty to In the Dark.

But despite both working in the same field for so many years, this is the first time the husband and wife duo have been able to join forces – despite Georgia admitting it’s always been on her to-do list.

“Nobody seemed to want to let me do it,” Georgia says of wanting to work with David. 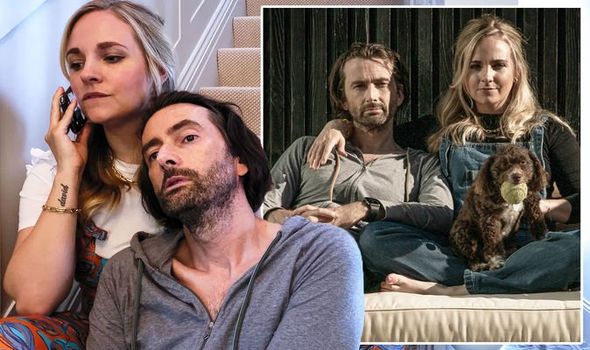 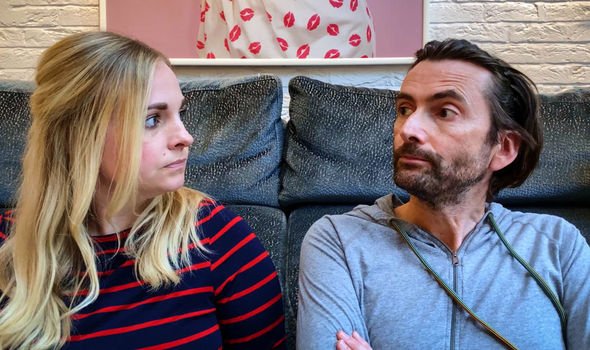 “For one part I was told by a casting director that I wasn’t a convincing partner for him,

“I was like, ‘But we’re married with quite a few kids,’” she continued to Radio Times.

“So, basically, every actor who could possibly play the part would have to be eliminated in order for me to be allowed to play his wife.”

The Tennants aren’t the two only big names starring in the second season either as the show will welcome a few new faces following its debut run’s success. 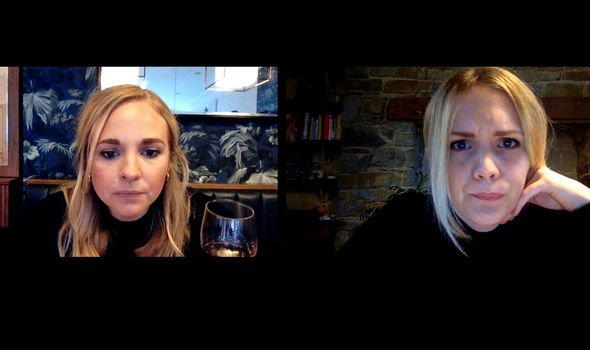 Anna Lundberg, Lucy Eaton and Nina Sosanya all reprise their roles for season two of Staged.

And Emmy-winner Ben Schwartz has joined the regular cast as well from Stateside.

Ben takes on the all-new role of the assistant to Michael and David’s American agent.

Discussing the new additions and the new series prior to the second season’s premiere, Georgia admitted her “happiness” at being back again.

“The prospect of getting my husband back into employment alongside the divine Ben Schwartz and the hairy, Welsh legend that is Michael Sheen all makes me very happy to be back for series two,” she told the BBC.

Michael was similarly overjoyed that Staged had been renewed ahead of Monday’s season two premiere.

He said: “It’s been so great to see how much people enjoyed the first series.

“Seemed like the laughs were much appreciated. It made us really excited about taking it further and going in some surprising and hopefully enjoyable directions this time.”

The entire first two seasons are available to stream on BBC iPlayer now.

At the time of writing, a third season is yet to be confirmed.

However, given the success of the series and with England entering its third national lockdown, there could well still be an appetite for the hit new comedy.

Staged is available to stream on BBC iPlayer now.