STACEY Solomon bought a £15 side table to finish off her new living room – but fans are convinced it looks like an "old woman's hospital tray".

The Loose Women presenter, 31, was in hysterics after her followers pointed out it was something their nan would own. 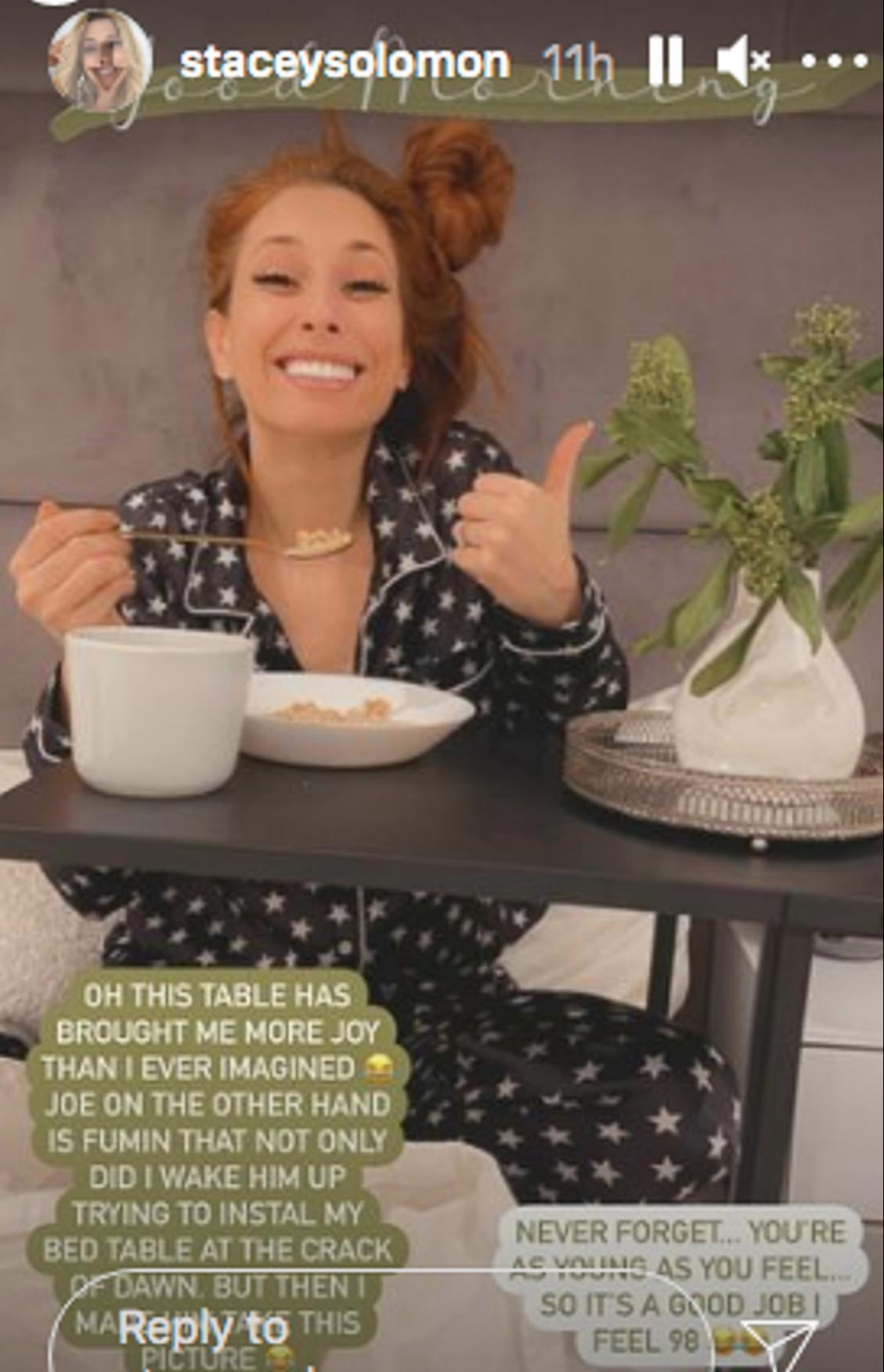 A fan said: "It's like a hospital table for old ladies."

Another follower added: "You know what, as soon as I saw it I thought my nan could do with one of those. You and my nan would get on so well."

Stacey couldn't stop laughing and said: "I don't know why this message has just set me off.

"I think it's because deep down I know I'm an old lady at heart." 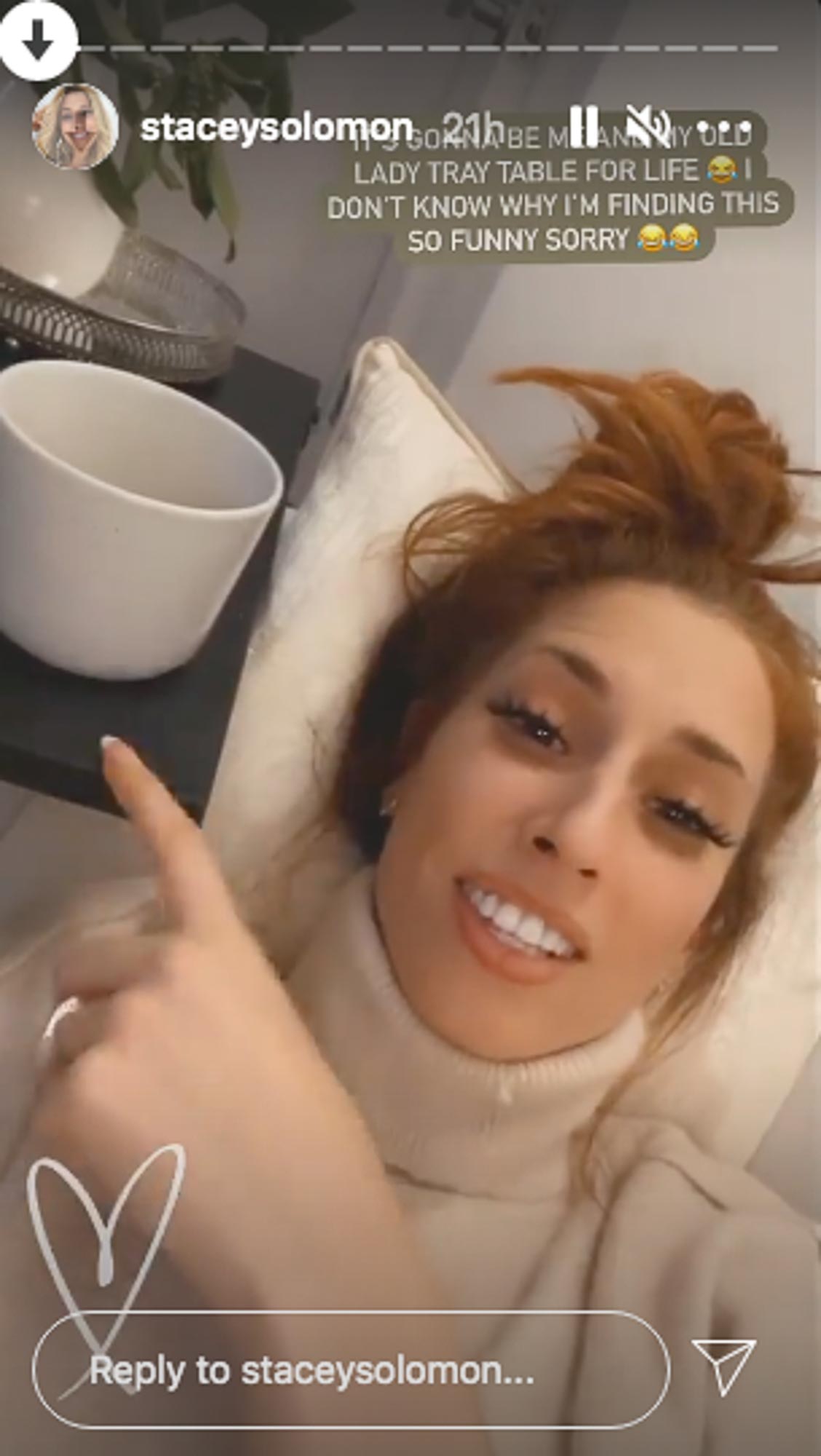 Later posing with the table she wrote on Instagram: "Oh this table has brought me more joy than I ever imagined.

"Joe on the other hand is fuming that not only did I wake him up trying to install my bed table at the crack of dawn. But then I made him take this picture.

"Never forget you're as young as you feel.. 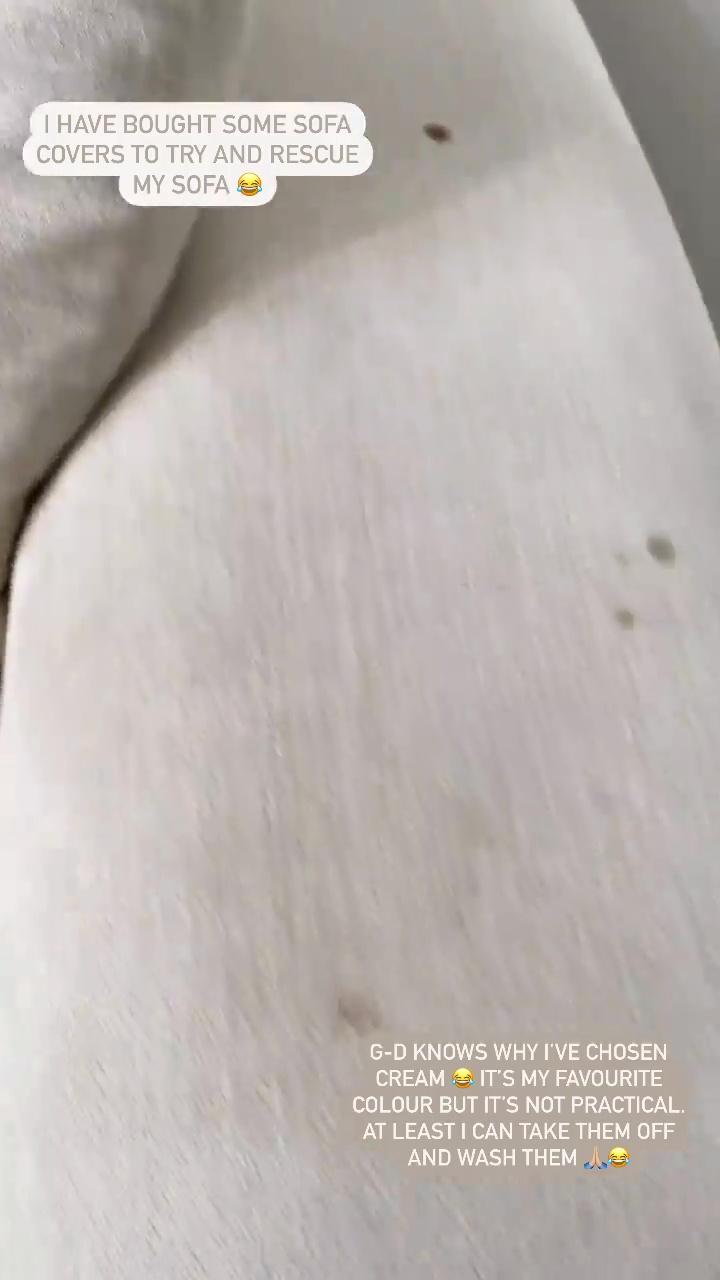 Stacey has been doing up her second living room – and impressed fans when she rescued her stained sofa with genius £29 covers that made it look brand new.

The mum-of-three was disgusted by the state of her cream couch after her baby son Rex and dog Theo had left some unsavoury marks on the upholstery.

But the DIY queen made her sofa look immaculate again with a £29.99 sofa cover.

"I bought these sofa covers because my poor sofa is beyond repair," she told fans on Instagram.

"I've tried everything but nothing is gonna get these stains out so maybe I can cover it with these and it will look better.

"I don't know why I've chosen cream it's not practical but at least you can take them off and wash them."