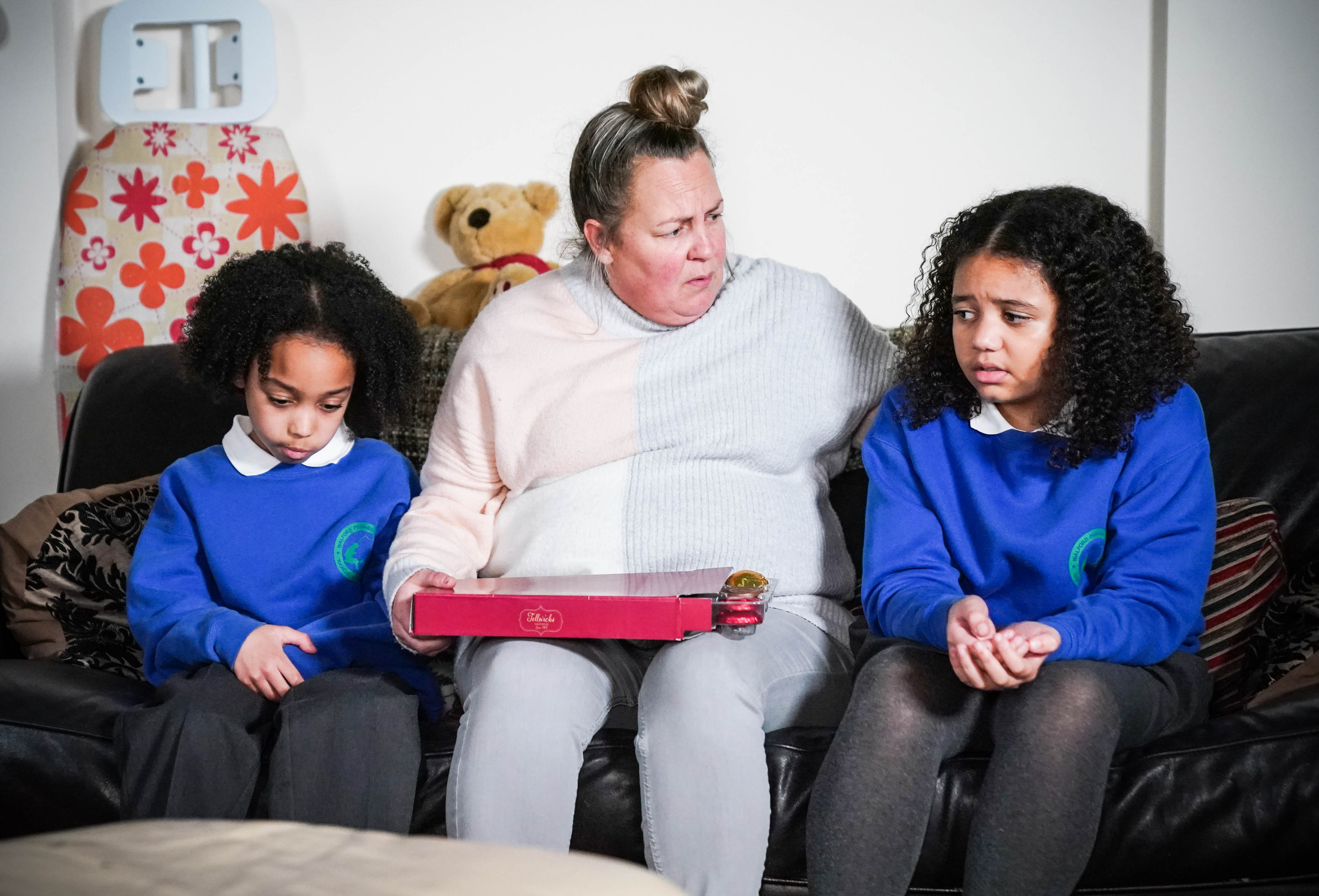 Spare a thought for Mack and Mia Atkins (Isaac Lemonius and Mahalia Malcolm) on EastEnders. Imagine discovering that your mum was killed by your dad, who then went on to kill half of your neighbours in one of the biggest reigns of terror seen in Walford.

It’s no wonder that the pair are struggling after the arrest of Gray (Toby-Alexander Smith). Being the offspring of the most hated man in Walford can’t be easy.

In upcoming episodes we see the effect that all this is having on the siblings, as they lock themselves in the house so they don’t have to go to school. Even from behind bars, Gray is having a terrible effect on their lives.

Granddad Mitch (Roger Griffiths) tries to talk them into unlocking the door, but when he has to go he enlists Chelsea (Zaraah Abrahams)’s help.

Chelsea is the nearest thing that Mack and Mia have to a mum these days, but their relationship with her hasn’t always been easy, with Mia in particular struggling to bond with her dad’s new wife.

But as Chelsea tries to convince them to unlock the door, perhaps she can start to bond with them more – and in the process they can all start to move on from the effects of Gray’s terrible actions.