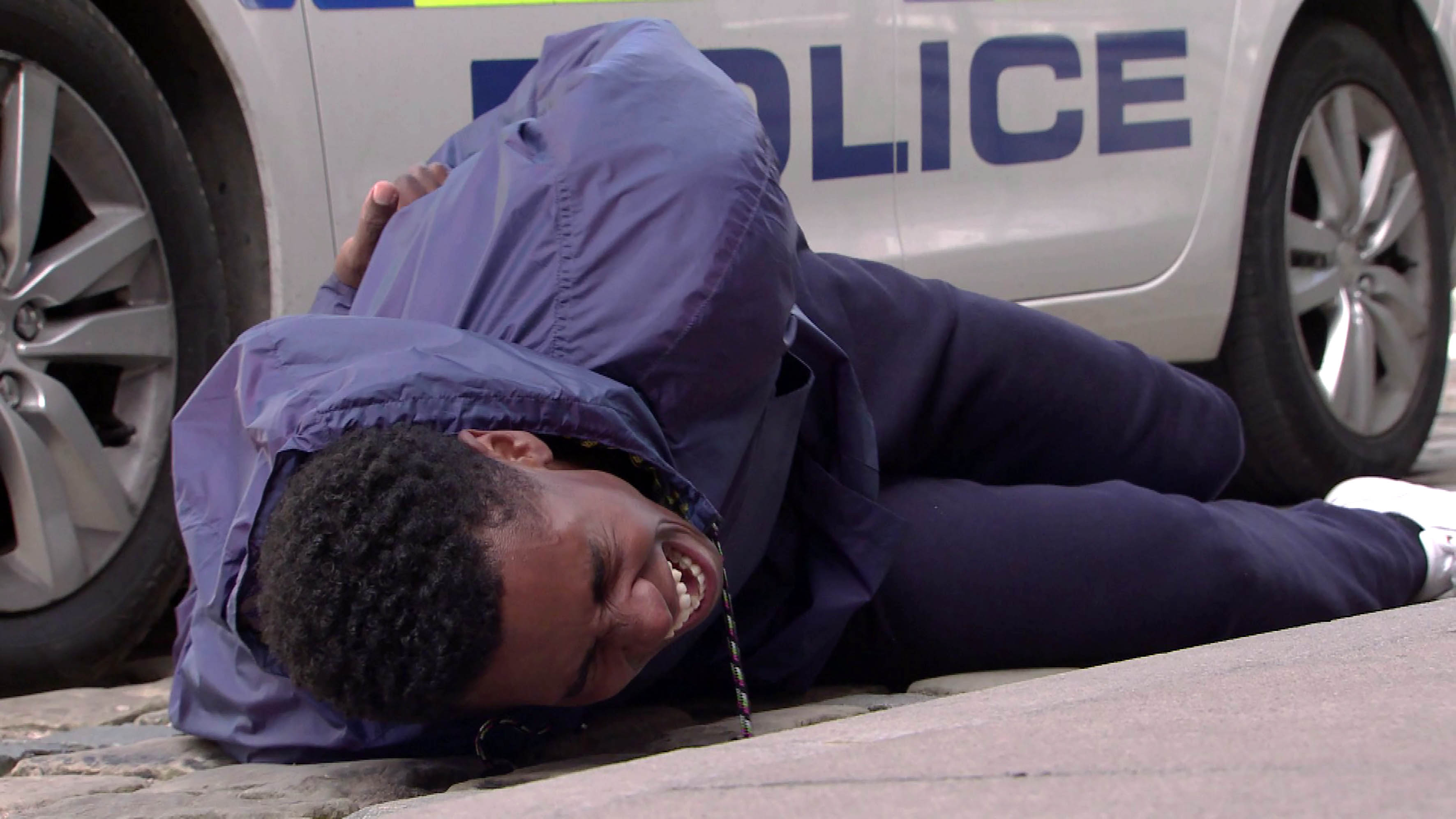 James Bailey (Nathan Graham) in Coronation Street recently made the brave decision to publicly come out as gay.

Terrified he would lose his football career, James was surprised at the overwhelming support he received, and has since made progress by choosing to write in a gay magazine.

With James positively looking towards his footballing future, things could all be over soon as him and Michael (Ryan Russell) are racially attacked.

Michael and James test drive a sports car after James is offered £30k for his interview.

Driving along, they’re forced to stop after a police car pulls them over.

When James questions why they’ve been pulled over, the officer arrests James for obstruction and handcuffs him.

James trips and injures his leg and as Craig (Colson Smith) arrives, Michael is convinced they’re victims of an unprovoked racist attack.

In the hospital, James is convinced his career is over.

As he returns home on crutches, James refuses to make a complaint to the police.

If James fails to recover from his leg injury, could this racist attack be the reason for his career coming to an end?