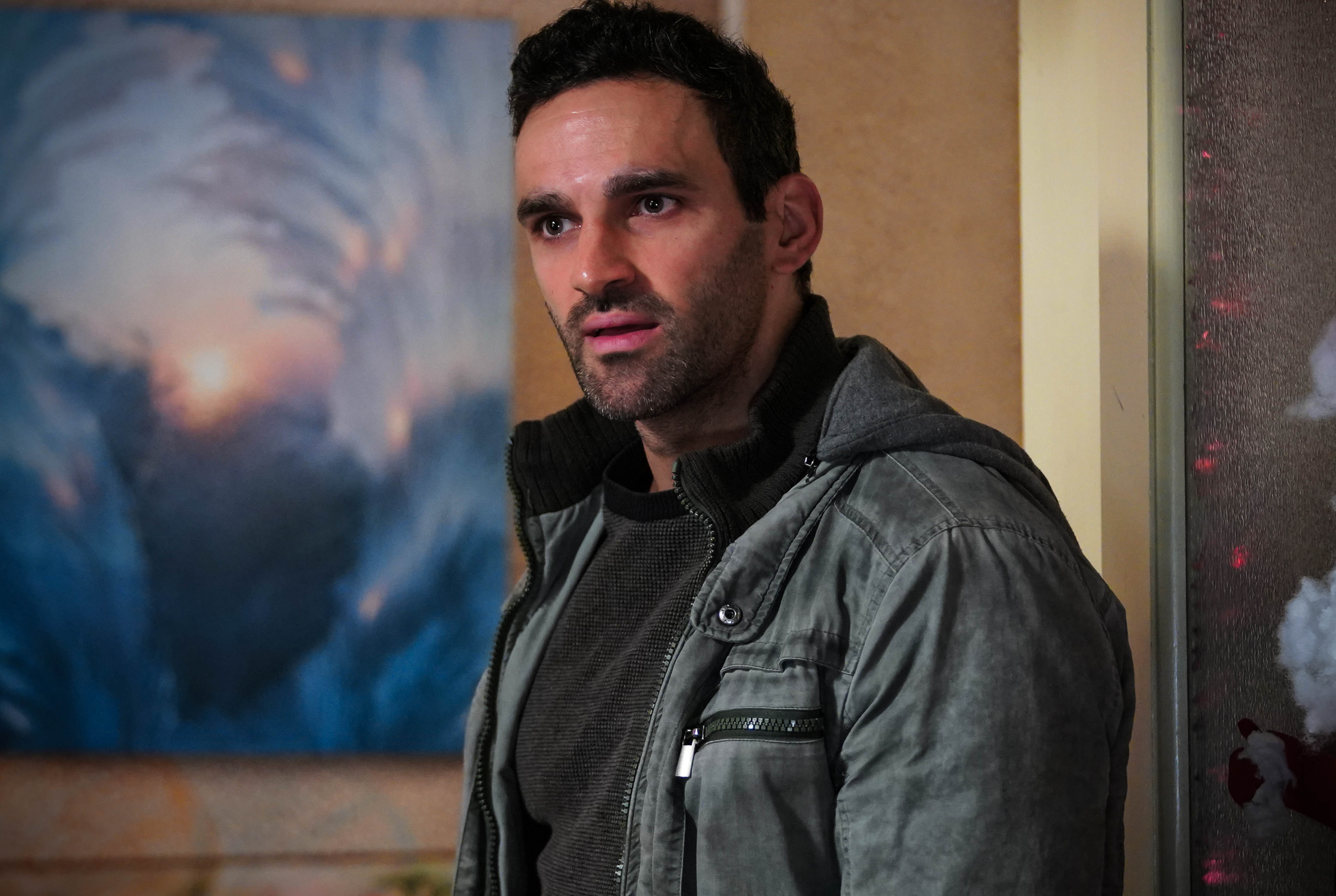 Any EastEnders viewers predicting that Ruby Allen would play a part in the upcoming exit of Kush Kazemi (Davood Ghadami) can cross her off their suspect list.

Despite having orchestrated Kush’s recent failed escape plan from the Square, an increasingly steely Ruby won’t be involved in the departure of the happy-go-lucky market-stall holder.

Asked whether Ruby’s actions will be a catalyst for either Kush or Stacey’s last scenes, actress Louisa Lytton told Metro.co.uk: ‘She isn’t anything to do with Kush,’ before adding, ‘I’d tell you more, but I’m probably not allowed.’

All of which will inevitably fuel speculation that while Ruby will be steering clear of Kush, she may well involve herself in Stacey’s final scenes (actress Lacey Turner recently headed off on maternity leave prior to giving birth to her second baby).

Fans won’t have to wait too long to see the one-time friends and now feuding enemies clash again. A showdown to be screened on Friday February 26 sees the pair initially building bridges and reminiscing about their teenage years. But, in no time at all, relations have once again turned sour.

‘It starts off as a really lovely scene where you finally see the two of them remembering the friendship that they had. They talk about their memories and how they always believed they would one day be walking around the Square together with their prams.’

However, when the topic of conversation turns to Ruby’s recent Kush-related scheming, she and Stacey end up back at each other’s throats: ‘Yes, things turn, it becomes this quite heated argument and Ruby falls down the stairs.’

The soap isn’t revealing whether Ruby emerges unscathed from her staircase tumble (and, let’s face it, plenty in the past haven’t!), but Lytton expressed the hope that her alter-ego will now heal her rift with Stacey rather than go to extremes lengths to get rid of her.

‘She’d never kill her – let’s hope not!’ said the star, ‘because deep down, Ruby loves Stacey. She’s her only friend and she offers that connection back to her old life when her dad was around. That’s why I hope they can eventually get back to some sort of friendship because that’s what’s really important.’

At the moment, though, Ruby is more pre-occupied with the fact that she’s now become pregnant for real after weeks of lying to Martin that she’d been expecting his baby. So, can fans expect her duplicity to be exposed and for Martin to realise that the dates don’t add up?

Teased Lytton: ‘Ruby’s in utter shock. As you would be if you’d been lying for so long. But she knows deep down that Martin will always love Stacey. They will always be THE couple. And as desperate as Ruby is for Martin to love her, there are loads of insecurities around Stacey and there forever will be.’