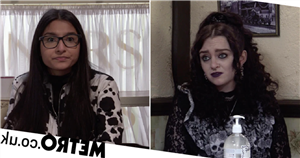 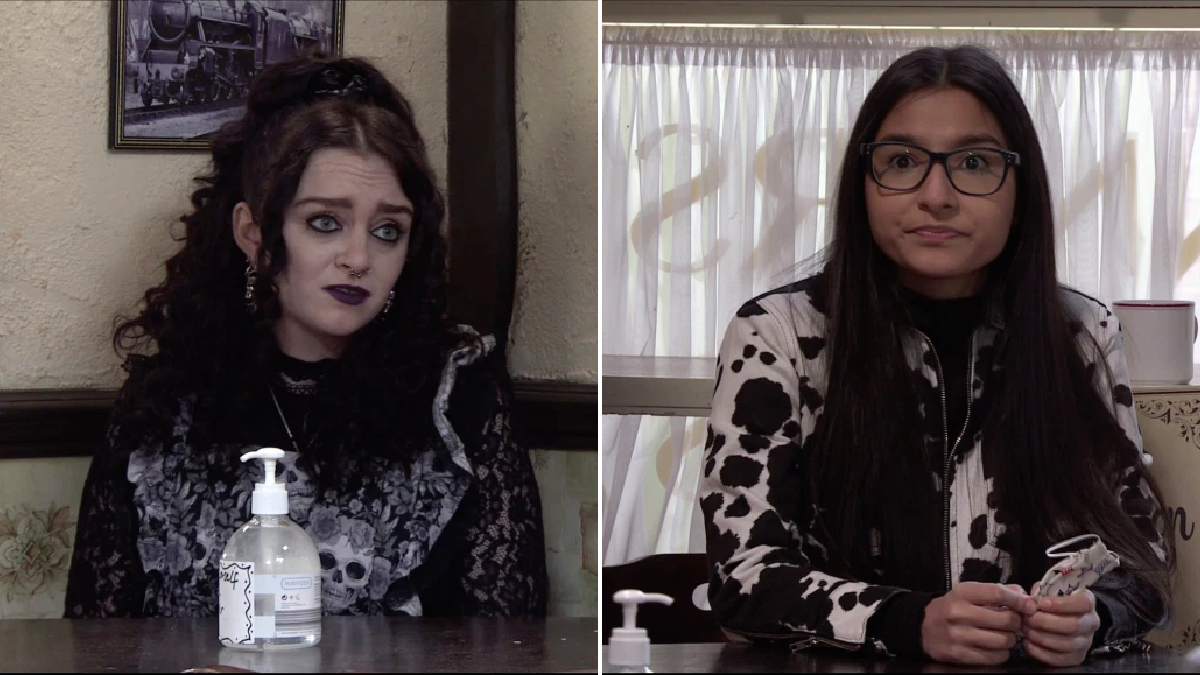 Their relationship may not have worked out, but Nina Lucas (Mollie Gallagher) still cares deeply for Asha Alahan (Tanisha Gorey) in Coronation Street – and has worried for her ever since she got back with nasty piece of work Corey Brent (Maximus Evans).

Nasty Corey is just using smitten and self conscious  Asha for sex and while Asha pours her all into the relationship, Corey is busy flirting up a storm with Kelly Neelan (Mollie Gibson).

Corey’s bad boy vibes have attracted impressionable Kelly but when Asha spots them flirting, she fears the worst for Asha, knowing that she is going to get hurt by Corey once again.

As Corey gives Asha the could shoulder and tells her he is heading out, he ends up flirting with Kelly again and a nearby Summer Spellman (Harriet Bibby) is left seriously uncomfortable to be around it.

As Summer warns Kelly that Asha would be hurt if she knew what was going on, she is dismissive.

Meanwhile, Nina makes a decision and heads round to see Asha, telling her what Corey is up to and warning her once again of the type of guy he is.

But will this be enough to get Asha to dump Corey and get him out of her life?

Later, Corey is incensed to hear that Nina has been talking about him and he and his gang of mates bump into her and Seb Franklin (Harry Visinoni) while they are on a romantic walk.

Nina is hit with jibes about her appearance and later, she and Seb are followed by the vicious group led by Corey, where they find themselves surrounded.

As they are hit with abuse and vitriol, things take an even more horrifying turn when a vicious attack ensues, leaving Nina and Seb in a seriously bad way on the ground, unconscious.

As they are rush to hospital, how much damage has Corey done? And how will Asha feel when she finds out what has happened to Nina?