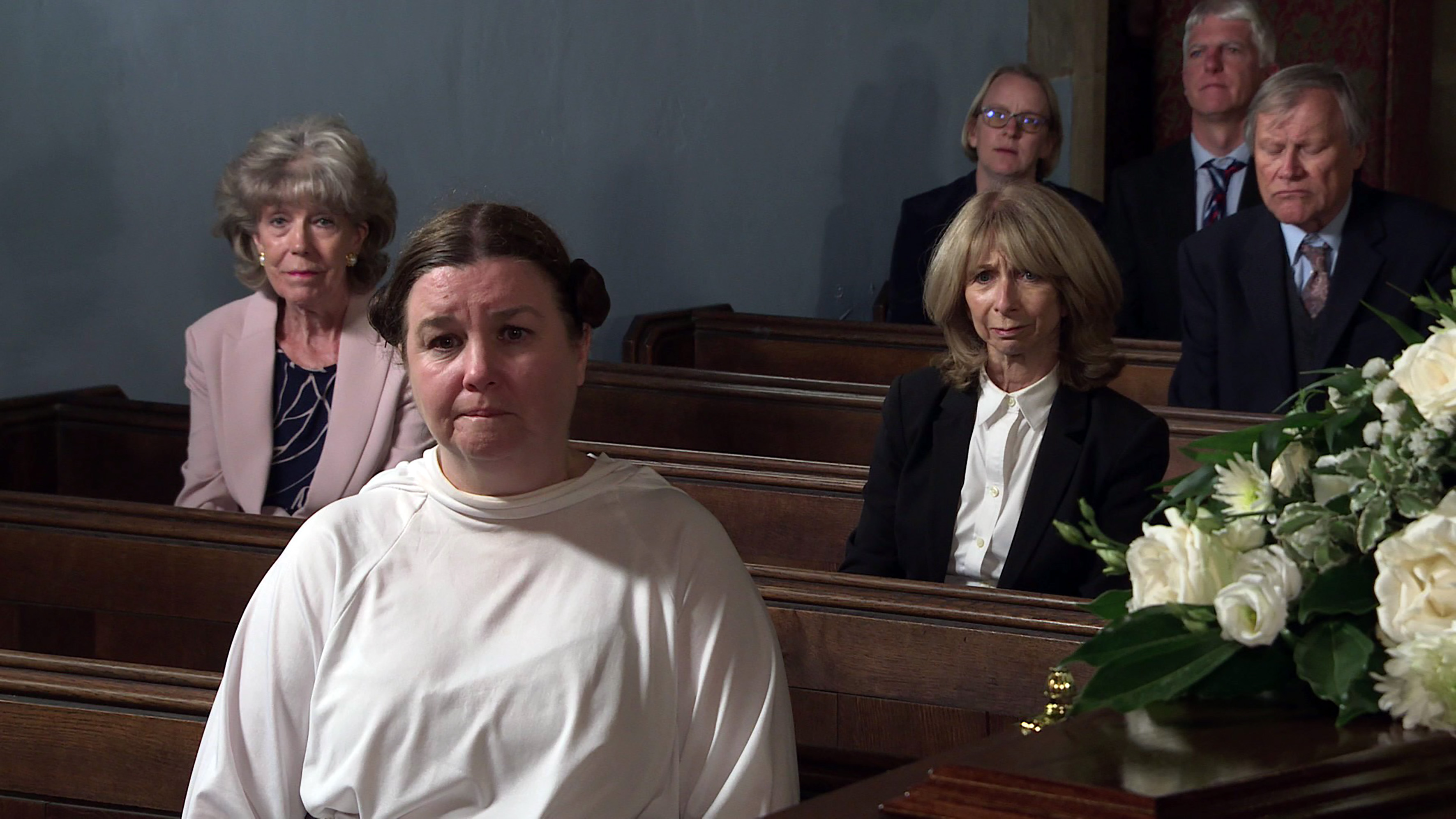 What is one word you would associate with Norris Cole? Surely it would have to be gossip; the stalwart loved finding out all of the juicy goings on in Coronation Street – and then spreading it far and wide.

But it seems that he had one tidbit that he kept to himself for years; probably through fear that Rita Sullivan (Barbara Knox) would clip him round the ear for revealing it.

However, now that he has passed, he has taken the opportunity to stir up his last set of mischief and it leads to quite the argument between Rita and Audrey.

And we’re sure Norris will be l;ooking down with glee at the chaos he manages to cause at his own funeral.

After Rita delivers a heartwarming eulogy about her best friend, Billy reads a letter left by Norris. Freda and Mary are touched by his words.

After teasing that the paperboy outside The Kabin contains a secret, Norris finishes by revealing that Rita used to surreptitiously have her hair coloured by Claudia. Audrey rounds on Rita for her betrayal.

At the wake, the pair continue to bicker; as they have been known to do on many occasions.

But there still remains the mystery of the paperboy. What is the late Norris up to this time? Is he about to have the last laugh on his close friends and remind them exactly why they loved him so?