The Many Saints of Newark, the Sopranos prequel film premiering October 1st (in theaters and on HBO Max), was designed to make sense to fans of the series as well as those who’ve never seen a single frame. But given that The Sopranos is one of the greatest and most influential television shows ever made, why not binge the entire series in the weeks leading up to the movie’s release?

We’ll tell you why: 86 episodes is a lot of darkness to confront in such a short period of time. As Corey Stoll, who speed-watched the series while preparing to play Uncle Junior in the movie, recently told us: “I definitely recommend anybody see it, because it really holds up. But give yourself some time. Don’t watch three or four episodes a night. It’s just brutal.”

All in the Family: Meet the Stars of the 'The Many Saints of Newark'

'Silence of the Lambs': 'It Broke All the Rules'

For Sopranos neophytes, that means it may be too late to get started. (The movie will spoil you on a few significant reveals from the series, but you’ll survive.) Anyone midway through your first viewing, try to finish up before you get to the film. And for those who know the show and just want to bone up on the episodes that’ll be most useful for enhancing your Many Saints experience, these are the ones to revisit, in order of importance.

Many Saints largely takes place in 1967 and 1971, when Tony Soprano is first a child, then a teenager, and characters like Tony’s mother Livia, his father Johnny Boy, and his uncle Junior are middle-aged. These are the three Sopranos episodes with the most notable flashbacks to that era, “Down Neck” in particular overlapping with several events in the film’s first half. “In Camelot” offers the show’s biggest glimpse of the teenage Tony; and all three episodes are useful in different ways to understanding the marriage between Livia and Johnny Boy, since the latter is deceased at the time the show takes place. (If you only have time for one of these — especially since I highly recommend watching the next two episodes on this list — make it “Down Neck.”) 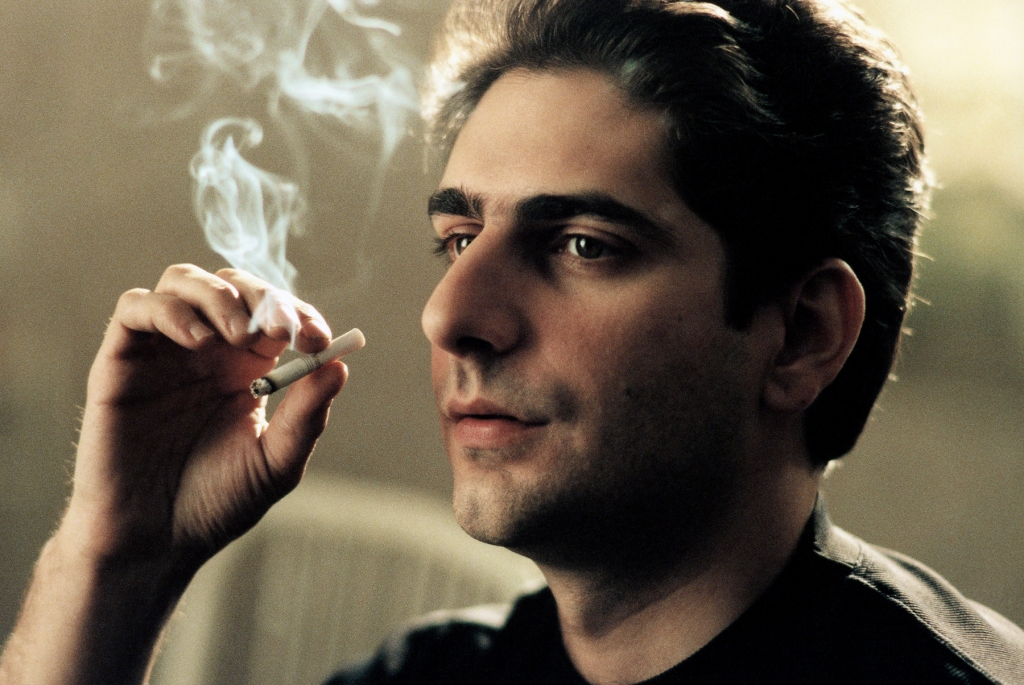 “For All Debts Public and Private” (Season Four, Episode One)

The film’s central character is Dickie Moltisanti, father of the show’s Christopher. Like Johnny Boy, he was dead by the time the series began, and never even appeared in flashback. But “For All Debts Public and Private” involves Tony telling Christopher the story — or, perhaps, a story, since even Christopher recognizes that Tony may be manipulating him with a lie — of how Dickie was killed. Tony talks in the episode about his close relationship with Uncle Dickie, which is the emotional heart of the movie. (Christopher also talks about his father a bit in the final season’s “Walk Like a Man,” if you have time for more.)

The series’ final stretch of episodes (which David Chase refers to as its seventh season, even though for contractual purposes it was considered part of an extended sixth) begins with Tony, Carmela, Janice, and Bobby Bacala spending what’s meant to be an idyllic weekend at the upstate New York cabin Bobby inherited from his hitman father. This is another one that’s key to fully appreciating the Soprano family relationships depicted in the film — both between Tony and his sister and between Livia and Johnny Boy — as the now-adult siblings discuss at length during a drunken, increasingly ugly game of Monopoly.

Tony and Paulie Walnuts head to Florida to lie low when the body of Tony’s first murder victim, Willie Overall, is found by the Feds. Paulie spends much of their fugitive vacation blathering on about the good old days, offering a different perspective on the Many Saints era, and on the version of Paulie played in the film by Billy Magnussen.

“Kennedy and Heidi,” in which Tony and Christopher take a fateful drive together late at night, is in many ways the most important Tony-Christopher episode of them all, exploring the complicated relationship between two characters who called each other family (Tony referred to Chistopher’s father as “Uncle Dickie” and to Christopher as his nephew) though they weren’t actually related. Its events are worth having in the back of your mind as you watch the movie.

The marketing for Many Saints has prominently featured the storefront for Holsten’s ice cream parlor in Bloomfield, New Jersey, which was the site of the legendary, still-divisive final scene of The Sopranos. The series finale is probably less useful Many Saints prep than these other episodes, but it may be nice to have the sound of “Don’t Stop Believin’” and the bell on the Holsten’s door ringing in your head when the movie gets to that location. For that matter, remembering how we last saw the adult Tony Soprano is an interesting echo of the boy we encounter when the story flashes back 40 years.