The staunch Remainer explained he wants to force the Prime Minister Boris Johnson out with a vote of no confidence after voting against his Brexit deal tomorrow. But BBC presenter Naga Munchetty highlighted a problem in his plan. It comes as DUP and the Labour Party have said they will vote against the deal in Commons.

Speaking to BBC Breakfast, Mr Blackford said: “The question is what happens next.

“If we do vote this down tomorrow I think it’s right we have a motion of no confidence and we have what is de facto a People’s Vote.

“We put this back to the people in a general election.

“This is the right thing to do, the Prime Minister will have failed; an extension has to be in place so we have a position of safety. 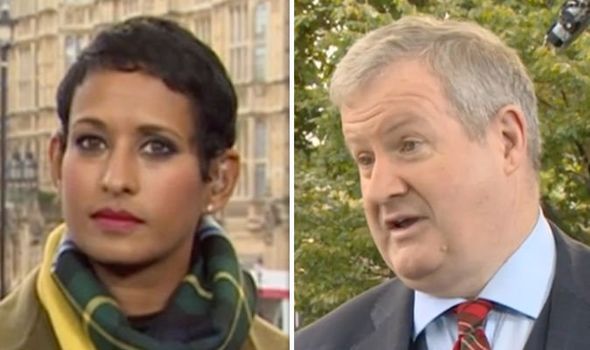 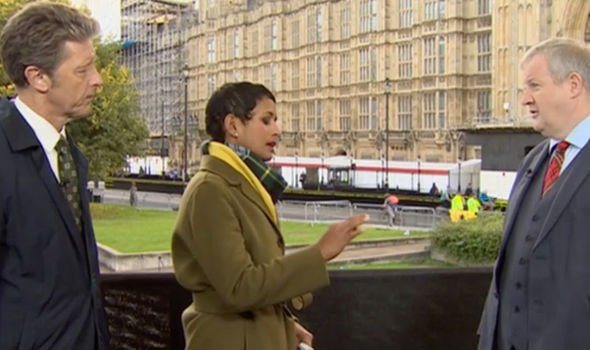 “We have the election and can come back and form a new Parliament.”

Ms Munchetty added: “The problem some people would say about a general election is that it isn’t actually clear what every party stands for because you have Remainers and Leavers in both parties.

“That’s the problem Boris Johnson has at the moment in trying to persuade his MPs.

“Jeremy Corbyn has the same problem persuading his MPs to be either Remain or Leave.” 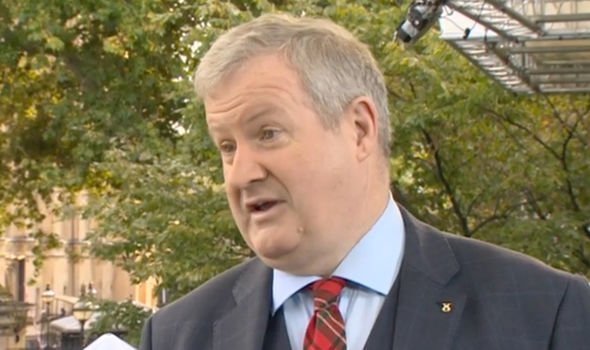 Mr Blackford responded: “From our perspective it is very clear, the SNP is a Remain party.

“Scotland voted to remain and we can’t sit back and allow Boris Johnson to take us out of the EU against our will.”

Mr Tice said the deal might be a short term solution but they will regret it. 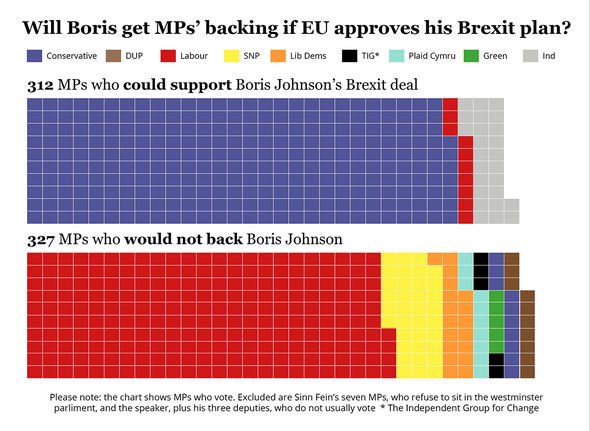 Speaking to BBC Breakfast, Mr Tice said: “The reality is this deal may have a short term answer to public fatigue.

“But this will turn out to be a historic mistake.

“We think that there are huge risks in this agreement. There are deep, deep flaws.

“Yes, it’s a little bit better than Theresa May’s worst deal in history but there are huge risks.”