Snoop Dogg is starring in a hilarious new ad – where he hangs out with a sea turtle.

The commercial for SodaStream shows the 49-year-old enjoying life’s ‘small things’ – including a festive meal with his dog, daughter and son – all of whom resemble the Doggfather himself. 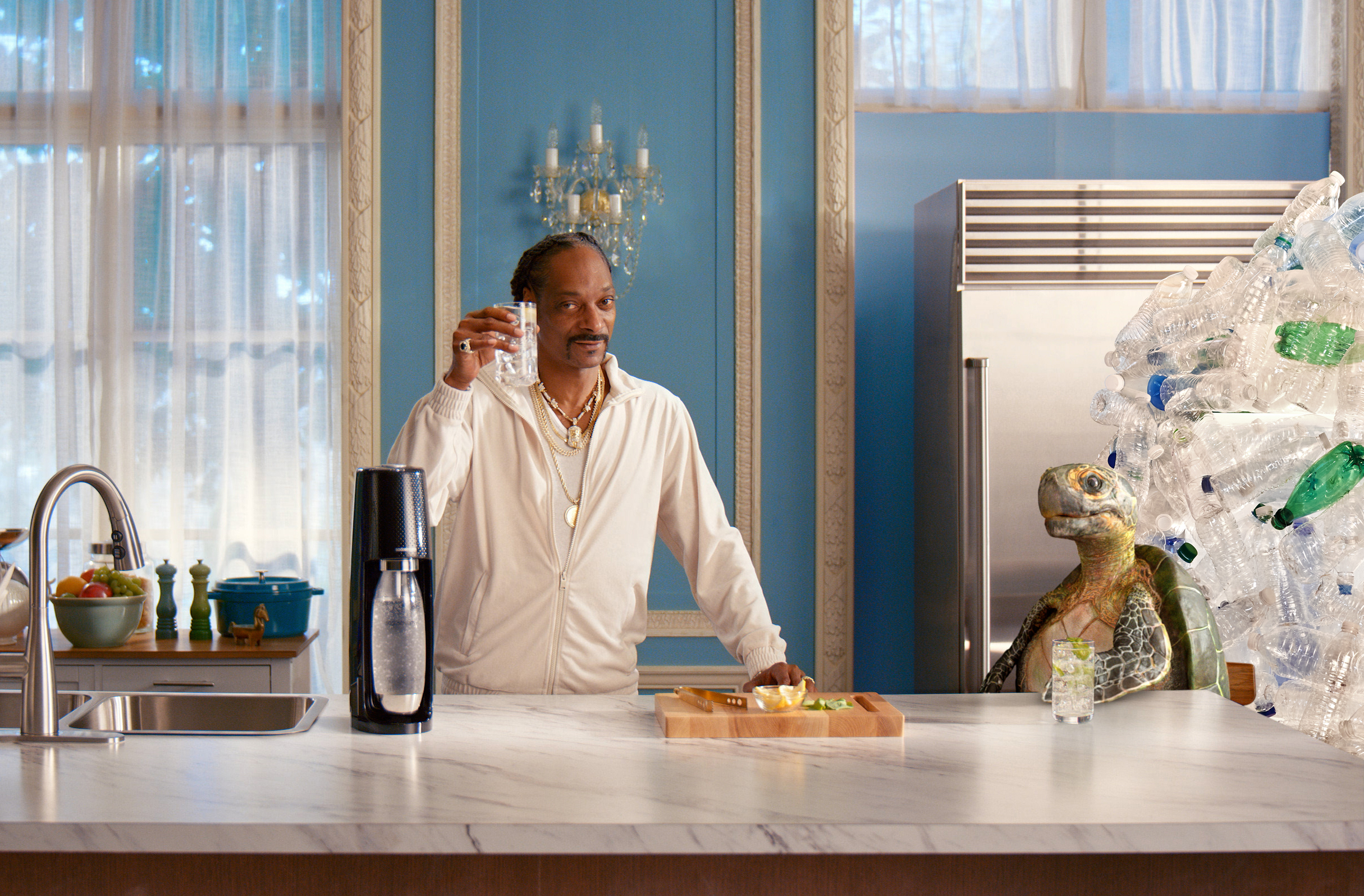 Launched today, the advert hopes to inspire the nation to celebrate the small but meaningful things this Christmas – and to raise awareness of how the tiniest of changes can help the planet.

SodaStream also carried out research of 2,000 adults which found eight in 10 believe everyone can make a positive difference to the environment by making small tweaks to their lifestyle.

A spokesperson for SodaStream said: “We hope viewers will find our new advert funny but there is a serious message behind it.

“This year we really went all in to deliver a campaign everyone can relate to, a campaign on what’s important.

“SodaStream is one small change people can make to reduce single-use plastic waste, and Snoop Dogg is a great partner to help widely spread this message in a fun way.

“No matter how small, we can all make a difference when it comes to helping the environment.

“And as the results show this is a view shared by most people – and it really is inspiring to see all the different ways the nation is doing their bit.”

The Drop It Like It's Hot rapper added: “I love my SodaStream so it was natural for me to partner up with them for this campaign.

“They make a great product and a big difference in the world – I am happy to help spread the love!”

Brits have also revealed the ‘little’ ways they’re helping the local community and the planet – including turning off the tap when brushing their teeth, donating to food banks and insulating their homes.

Other little adjustments adopted in recent months include putting out food for birds and animals, using energy efficient bulbs in the home and growing their own fruit and veg.

It also emerged that eight in 10 believe the UK population ‘generally’ has become more receptive to making small changes for the good of the planet.

During the past three years alone, the average adult has made five changes to their lifestyle in a bid to be greener – and around a third said they’ve made more changes this year than ever before.

This hasn’t proved to be too much of a burden either as 58 per cent said they found these adjustments ‘easy’ to get used to.

More than three quarters have cut down on their use of single-use plastics in the last 12 months – with carrier bags, water bottles and straws the top three items they’ve used less of.

And typically those polled will walk, cycle or use an alternative, greener mode of transportation eight times a month to get to places they would have previously driven to.

Other small changes include avoiding products containing palm oil, buying an electric or hybrid vehicle and boycotting products which have an unnecessary amount of packaging.

Helping others has also been a common theme when it comes to doing their bit for the good of the world – including doing elderly relatives’ food shopping and raising money for local causes.

But 17 per cent have been motivated by their children and 24 per cent took inspiration from their partner.

The SodaStream study carried out through OnePoll also found 74 per cent are keen to stick to their environmentally friendly ways over the festive period, by minimising food waste, sending fewer Christmas cards and shunning wrapping paper with glitter on.

Top 30 changes Brits are making for the planet

A spokesperson for SodaStream added: “With all the excitement of Christmas it’s so easy to turn a blind eye to being green.

“But clearly people are increasingly aware of this and are trying to do something about it.

“If everyone did just a few small things this festive period, the difference it will make to the planet could be massive.”