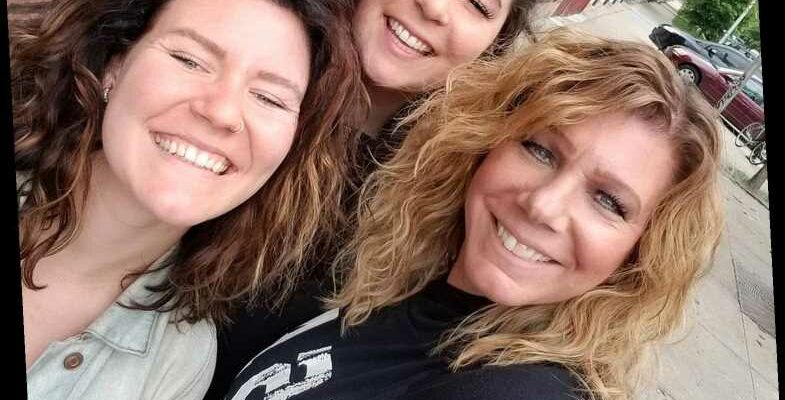 Meri Brown wants the children in her polygamist family to have a different experience from her own upbringing.

In a PEOPLE exclusive sneak peek at Sunday's Sister Wives, Meri, 50, explains that she and her husband, Kody Brown, along with his three other wives — Christine, Janelle and Robyn — worked together to create a household where their children could be free to be who they want to be. (Kody and the women have a combined 18 kids.)

During a visit to her family's home in Flagstaff, Arizona, Mariah Brown — Meri's only child with Kody — reveals that she and her fiancée, Audrey Kriss, are leaving Chicago, Illinois, and returning to Utah to be closer to family.

"I love that they have that experience of living in Chicago. And it's just a fun and different experience," Meri says in the clip. "It's not something that I ever was able to do." Growing up, Meri "came from a different culture than what we've tried to create for our kids," she says.

"Even though it was like, the polygamist culture, the culture I grew up in was: you need to get married when you're young, and you need to have kids, and you need to be quiet about who you are, and you just need to just stay in this little box," she continues.

At around the age of 11, Meri saw her father take his first plural wife. "I had a lot of years with other moms and other siblings that weren't just from my mom. So it wasn't out of the ordinary for me," she said on a previous episode.

Less than a decade later, Meri tied the knot with Kody — when he was 22 and she was 19 — in April 1990. Three years later, the pair welcomed sister wife Janelle into their plural marriage, who was followed in 1994 by Christine. Most recently, Robyn joined the Brown family as Kody's fourth wife in 2010.

Raising children in their unconventional family unit, "we've tried to create 'you can do whatever you want to do' for our kids," Meri explains in the clip.

And Mariah is "doing it," adds the proud mom. Speaking with PEOPLE in 2017, Mariah opened up about the moment she revealed to her family that she was gay.

While homosexuality isn't accepted in the Brown family's Mormon fundamentalist faith, the moment she told them the news, Mariah was embraced by all five of her parents.

For Kody, he knew as a father of 18 children there was a good possibility one or more of his kids would be gay. "You come from an Old Testament religion, you are not excited that your child comes out," Kody explained of his faith's stance on homosexuality. "I thought about this years ago, and I made a decision," he said. "My job as a dad is to love and respect and not to judge."

Since coming out, Mariah has had the full support of her family, who also loves and embraces Kriss.

"And even though Chicago may have been better for one of them than the other, they're just willing to give and take and make it a true partnership," says Christine.