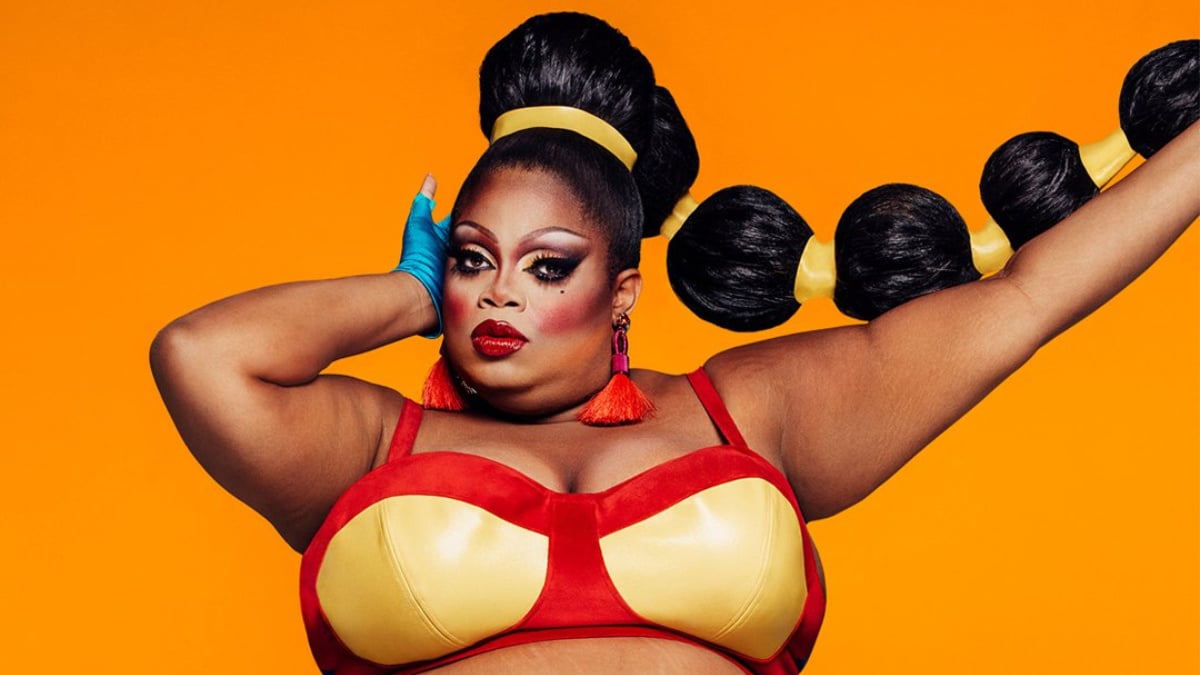 Silky Nutmeg Ganache is the biggest competitor on Season 11 of RuPaul’s Drag Race, but there’s more to love. She’s a 28-year-old queen from Chicago, Illinois, and she calls herself the life of the party.

Ganache also revealed that you’ll always know when she’s in the building but that she does have a softer side. It isn’t always about the competition and the fierceness that can come out during RuPaul’s Drag Race.

Other than being a drag queen, she’s someone who was raised in the church, has a Master’s Degree in organizational leadership and is working on a doctorate in philosophy. She’s balancing drag with a high-level education.

Silky Nutmeg Ganache enters the workroom in a crop top. She’s confident and fun, and near the end of her presentation, she pulls out a cookie. She’s clearly playing on the fact that she’s the biggest girl in the competition.

#5DayGratefulChallenge – Day 1 – Today, I’m grateful for the platform that I now have. For years I wanted a bigger platform so I can speak on things near to my heart. Education, self care, mental health, and working with Black & LGBT youth has been my passion. Please be on the look out for some projects. – #busybookedblessed #blackhistorymonth #watch #love @vh1 @worldofwonder @rupaulsdragrace

Silky Nutmeg Ganache is clearly confident in her skin. It’s no secret that there have been big girls on the show before, but many viewers are rooting for a big girl to win the title. Ganache could be that next person to take the crown.

Ganache was on the show for long enough to bond with some of the girls.

Despite just starting her Instagram account since appearing on RuPaul’s Drag Race, she revealed that she had bonded with Vanjie and A’Keria C. Davenport.

@mizakeriachanel and @vanessavanjie are my rocks!!! They have held me down through it all. This is true family!!!! #SilkysSisters #family #vh1 #s11 #rpdr #worldofwonder #girls #love #rock

It will be fun to follow Silky Nutmeg Ganache’s journey on Season 11 of RuPaul’s Drag Race, as she represents the bigger girls out there who may have big dreams of becoming a drag queen.

She’ll prove that confidence and good ideas can go a long way.