Shonda Rhimes just opened up about her time working with ABC, and the reason she left the network will make you wonder what the hell those execs were thinking.

For starters, the Grey’s Anatomy, Scandal, and Private Practice creator said she and the network rarely saw eye-to-eye. She told The Hollywood Reporter, “I felt like I was dying. Like I’d been pushing the same ball up the same hill in the exact same way for a really long time.”

On top of that, Shonda said she was treated terribly by the network when she asked for a free Disneyland pass. As a perk of working for ABC, Shonda was given park passes for herself and her nanny. On one occasion, Shonda couldn’t go to the park, so she asked ABC to extend her ticket to her sister instead, who would go in her place to help supervise her kids. But apparently that was too much for ABC, who made sure to tell her “we never do this” multiple times. As if Shonda didn’t make the network millions upon millions of dollars already!

The network eventually gave her sister the Disneyland ticket, but when her family got to the park, it didn’t even work. Shonda then had to make a call to a “high-ranking executive” who had the nerve to ask her, “Don’t you have enough?” 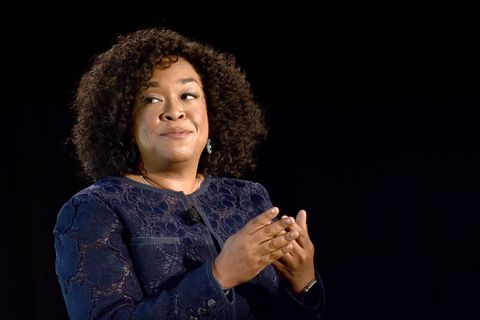 The way the exec allegedly implied Shonda—a massive moneymaker for the company—didn’t deserve the ticket and was being ungrateful is pretty ridiculous. Also…what’s the big deal if Shonda passed along a single ticket if she wasn’t even going herself? Like, just switch the tickets! Anyway, since ABC apparently couldn’t help Shonda without making her feel less than, they wound up losing one of the best creators in history because she knew she was worth more than a Disneyland ticket mess.

So, yeah, that was Shonda’s breaking point. And as soon as she got off the phone with that “high-ranking executive,” she said she called her lawyer and told them to find her another company to work for. She added, “The reason I came to Netflix is because I wanted to be able to make television without anybody bothering me. And as long as I get to keep making television without anybody bothering me, I’m happy.”

Damn, ABC. Care to comment on how these execs fumbled the Shonda Rhimes ball so badly?