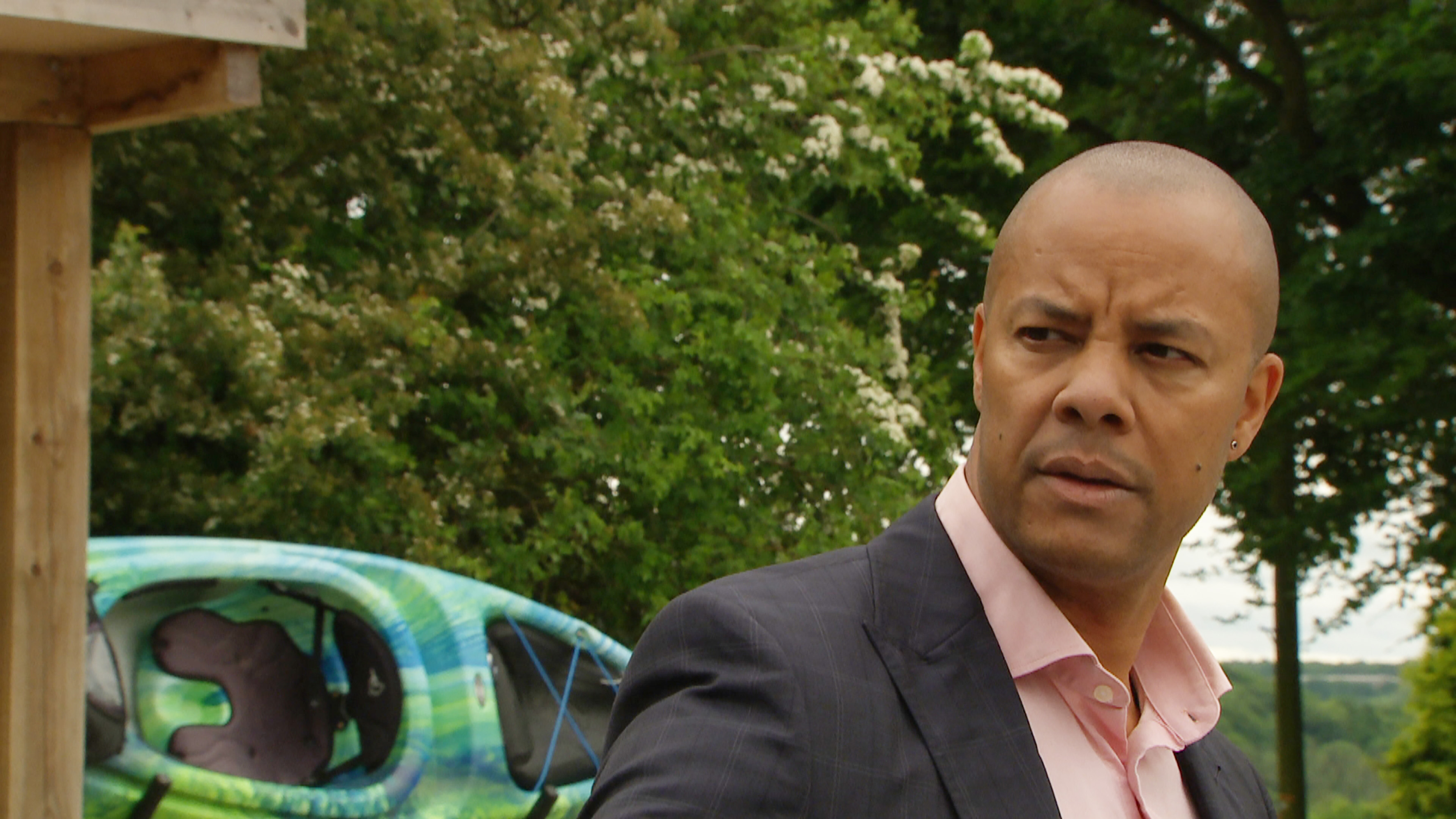 It has always seemed likely that Al Chapman (Michael WIldman) may be signing his own death warrant by crossing Cain Dingle (Jeff Hordley) in Emmerdale.

In a long running feud, Al has been taken hostage and threatened with murder by Cain but he has come through it unscathed.

In fact, his ego is more intact than ever.

However, is that set to change when the truth about his affair with Cain’s sister Chas (Lucy Pargeter) is exposed?

Emmerdale bosses have all but confirmed that the betrayal will come out in time for the 50th anniversary, with the plotline coming to the fore in a huge month for the show.

Fans have already speculated that Cain’s anger, paired with the return of Chas’ son Aaron (Danny Miller), could paint a grim picture for Al.

And now, it might seem that another big sign that he is heading out of the village is here – Michael has been confirmed as taking part in a winter panto production of Aladdin.

Traditionally, it is not known for ITV soap stars to perform in panto while filming with the shows so it would imply that Michael will be wrapping up filming.

It’s all up in the air but, when pressed for the inspiration behind Al and Chas’ affair storyline, producer Kate Brooks told Metro.co.uk that it’s all about the potential for big drama.

‘So when we were looking at who to play out the next big affair storyline with, it just felt right that it was going to be Chas with Al, given all their history and Al was very much firmly against the Dingles.’

Seems like Al may end up regretting this one though.