Selling Sunset is currently one of the hottest shows on Netflix after season two dropped last week and saw the extremely good-looking and ambitious agents return to sell more dream houses. Along with the sound of dollar bills hitting their bank account, the lives of Oppenheim Group’s workforce featured heavily and in every episode there was drama. Fans have started questioning whether or not the show is scripted and Chrishell Stause has the answer.

Selling Sunset landed on Netflix last year with season one, and after overnight success, a follow-up of eight episodes was released this month.

The show comes from the masterminds behind Laguna Beach and The Hills, it is part reality and part real-life business.

But according to Chrishell, what viewers tune into is pretty much exactly what happens.

During a recent interview with TMZ, Chrishell was asked about one of the very first scenes which involved her colleague Maya Vander showing a bachelor around a property. 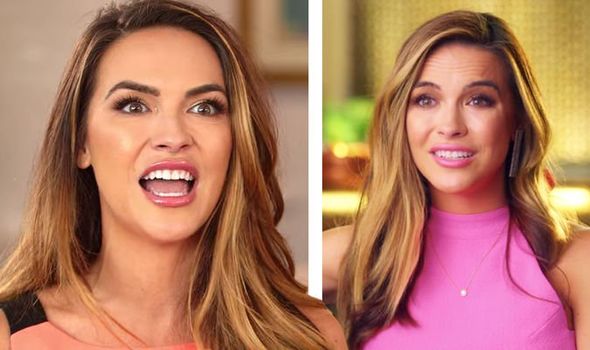 The potential buyer seemed more interested in getting Maya’s number – who is very happily married – than talking through the numbers associated with the property.

“This house is literally my priority,” the gentleman smoothly-talked Maya. “Of course, as a first time home buyer I want to make sure that I cover all my concerns; just the right price, the right location, the right agency.

“I like what you show – I like you as a person, a woman, the houses you show me, but it’s just a matter of us hanging out a little bit more.”

Maya shut him down: “But you know I’m married right?” 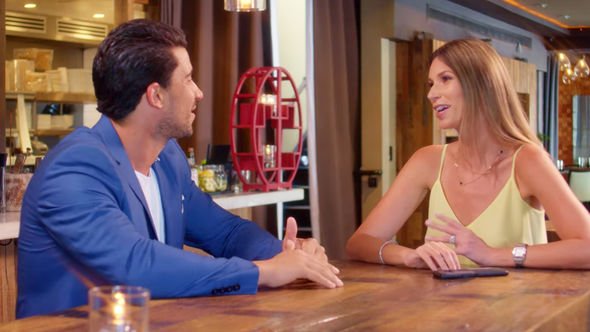 He then dropped a bombshell: “I’ve been looking at two more houses with two other realtors. I went with another realtor, she’s less prettier than you.”

Maya was visibly annoyed by this admission and during a piece to camera expressed her frustration at her time being wasted.

The potential buyer’s comments shocked a lot of viewers and Chrishell was asked whether or not she knew if the man sitting with Maya was told to make these remarks, or whether he did them on his own accord.

“It’s definitely cringeworthy! Obviously, there are certain things that are a little amped up for the show,” Chrishell told TMZ.

“But honestly, I don’t really think that they [producers] asked him to do that. I mean, who would do that on purpose? 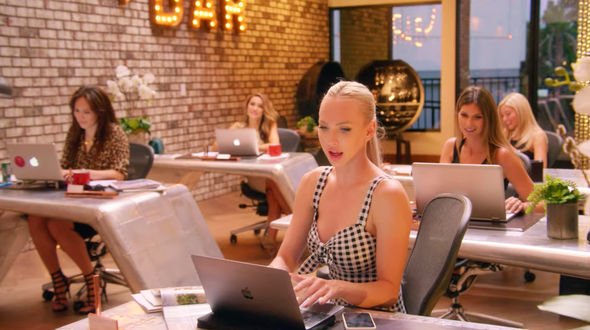 “Unfortunately it was one of those cringey moments where they thought ‘Do you know what? Let’s keep it in because it happened!’

“And it does happen. Maybe he thought the storyline was supposed to go another way, maybe he thought ‘Oh I’m going to impress her’ but we really are doing a show about real estate.

“[Perhaps] when he saw who was cast he thought ’This is a different type of show’ but no we’re actually trying to sell homes,” she confirmed.

Chrishell was the new girl in the office in season one after she decided to leave the dizzy heights of acting for real estate.

She joined Christine Quinn, Maya, Mary Fitzgerald, Heather Young and Davina Potratz behind the shiny desks and together, they were tasked with selling some of the most expensive and exclusive houses in Los Angeles for Brett and Jason Oppenheim. 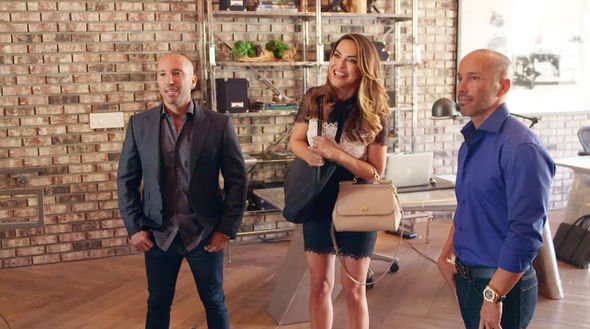 It wasn’t long before Chrishell earned her place and in season two she has gone on to become the agent associated with selling houses in The Valley.

Speaking about her casting, show co-creator Adam Divello previously told Variety: “She really is a realtor and has a real estate license selling homes when we met her.

“I think we were lucky to get her, I think she adds something that is very unique to Los Angeles, and we’re doing a show about realtors in Los Angeles.

“The fact that we have one who’s an actress and happens to be married to an actor who’s on a very successful TV series is a plus.”

Selling Sunset season one and two is available to watch on Netflix now.