Season five of Selling Sunset certainly gave viewers the dose of drama they were hoping for, with plenty of tears, romance and heartbreak along the way.

But the person at the centre of it all was undoubtedly Christine, who hinted she would be quitting The Oppenheim Group in the finale.

It came amid allegations that she had attempted to bribe one of Emma Hernan’s clients into dropping her co-star and working with her instead.

Of course, fans were dying to see her side of the story in the show’s first reunion episode – which is released on May 6.

However, viewers were left confused after both Amanza Smith and Christine were absent from the cast photo, with host Tan France. 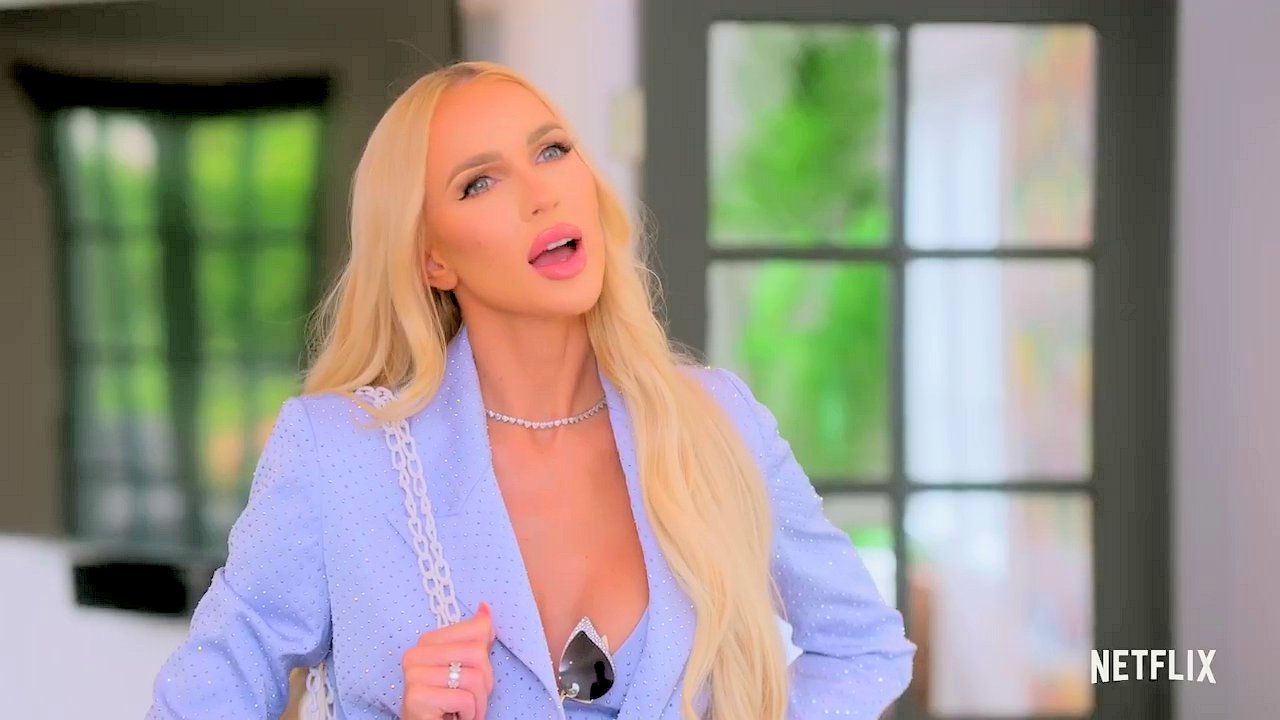 But they both revealed they had tested positive for Covid, meaning they would be unable to feature in person.

While Amanza confirmed she would be appearing virtually, Christine reportedly ‘wasn’t feeling well enough to do it’ – so won’t be anywhere to be seen in the special episode.

A rep for Christine told TMZ: ‘She tested positive for Covid on Saturday and out of an abundance of caution, she did not attend the reunion.’

Meanwhile, Amanza gave fans a glimpse at her getting ready process, sharing on her Instagram story: ‘I’m going to be joining them via satellite, via Zoom, from my kitchen/living area.’

‘I did my own hair and makeup,’ she told fans.

Amanza went on to joke that she looked ‘a whole lotta better’ than she felt with Covid.

Meanwhile, the cast wasn’t shy to give updates after the taping of the episode, teasing a lot of emotional moments.

Heather Rae El-Moussa, whose glam wedding was shown in the season finale, said: ‘Whooo! There have been tears. There’s been a lot, so you guys are gonna love it.

And Chrishell Stause wrote via her Instastory: ‘Longest day ever. Just headed home now. Feel like I got spat out of a tornado. I love our crazy family though.’

Teasing what’s to come, cast member Emma recently told ET Online: ‘A lot of the things that people are upset about involve press.

‘I think that the reunion will be a really good place to address a lot of the issues, and hopefully, we have some positive things to talk about, too. But maybe it will mend friendships and make things better. You never know.’

The Selling Sunset season 5 reunion will premiere on Netflix on May 6.