As one of the leads of Hulu’s Only Murders in the Building alongside Steve Martin and Martin Short, Selena Gomez is starring in her first TV series since Wizards of Waverly Place ended in 2012. And it’s very much a departure from the Disney Channel fantasy sitcom.

When asked how her experience making the upcoming murder mystery show compares to her past work during the TCA Summer 2021 Tour, she told reporters, “I signed my life away to Disney at a very young age and I didn’t know what I was doing.”

“What I’d say is the level of sophistication of the material is the first reason why I wanted to do this,” Gomez said of Only Murders in the Building, noting that when she was a kid, “I didn’t know what I was doing. I was just running around on set.”

Now, the 29-year-old, who plays a New York City resident and true-crime podcast fanatic caught up in an unsolved death in her West Side apartment building, says she felt like a “sponge” on the set of the Hulu series, trying to “soak up all the wisdom” that she could.

“It’s really nice to be back on TV and it’s nice to be cast as my actual age, which never happens,” Gomez added. Later, she admitted, “I don’t know if I’m a good actor. I just do my job.”

But she said that being surrounded by living legends like Martin and Short taught her a lot. By the time they finished filming the last episode, she joked that she wished she could have redone the first “because of how I developed and felt towards the end.”

And when it comes to Martin and Short, whom she calls her “two crazy uncles,” she said “they’re so humble and kind.”

“They’ve been doing this longer than I’ve been alive and I would be so lucky to have a career that’s lasted that long,” she added. 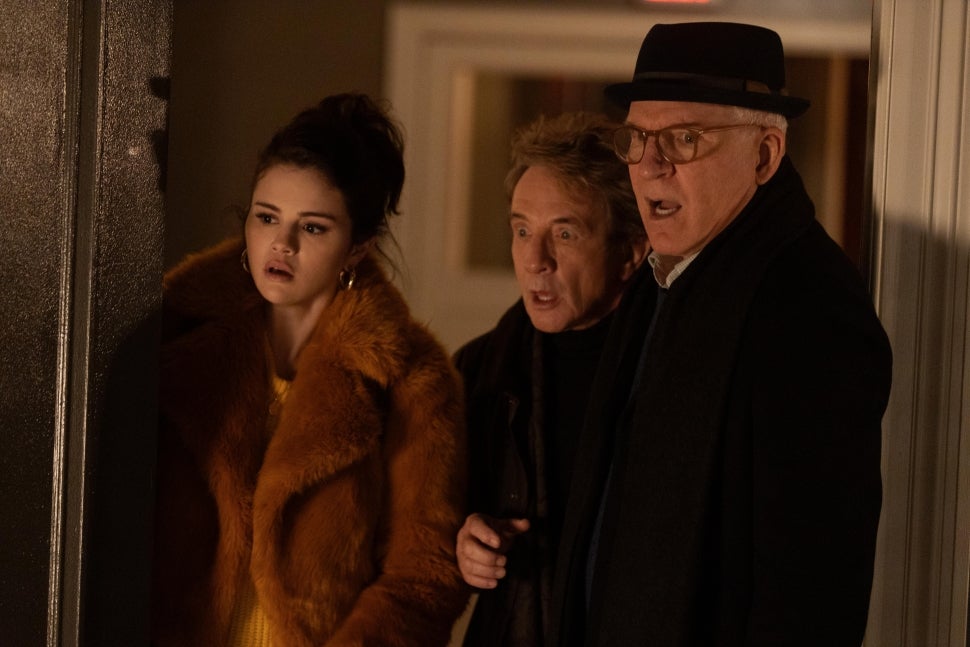 Meanwhile, Martin and Short couldn’t stop gushing about their younger co-star, with Martin noting “when Selena is on screen the show is elevated and more mysterious. The camera loves her.”

“Selena grounds everything in this dry, hilarious delivery. It was a dream to work with this brilliant young lady,” Short added.

Later in the conversation, Gomez was asked about her social media platform and if she plans to engage with her fans as the series unfolds. She responded by saying that, “This is the reason why I actually like social media, being able to talk about something that I’m excited about and something that’s not my personal life.”

Only Murders in the Building premieres August 31 on Hulu.