The Channel 4 reality series has become hugely popular since it debuted over four years ago, with directing staff Ant Middleton, Jason Fox, Ollie Ollerton and Billy Billingham becoming stars in their own right.

This series marks a huge change for the gruelling course, and sees the likes of Victoria Pendleton, Jeremy Irvine, Sam Thompson, and Louise Mensch taking part in the various challenges.

Made in Chelsea star Sam may have struggled the most, admitting he’s had it “easier than many people” in life.

The recruit swiftly became a favourite on the show with the other recruits and staff despite this however, and Ant and Jason in particular gushed over his hilarious antics on the programme.

Yet in an exclusive interview with Express.co.uk, Sam sheepishly admitted there was one particularly tough moment during filming he considered cheating.

He shared: “I’ll never forget there was a moment where we were walking up the hill.

“I thought, ‘I think I’m going to cheat here’. Don’t think I’ve told anybody this actually.

“[I reasoned] I’m going to take all my stuff out my bag and hide it. I know we’re coming back down.”

Getting into his stride, reality star Sam continued: “And then do you remember when Ant goes, ‘Let me check your bags after you’ve done the walk’? 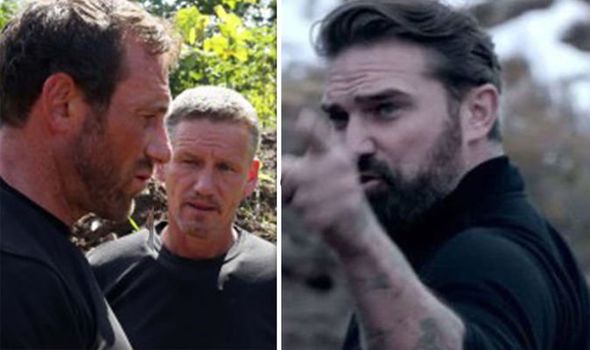 “Oh my god I’m so happy I didn’t do that!” the television personality exclaimed with a giggle.

Actor Jeremy Irvine went on to shed light on Sam’s tale, explaining about the heavy items the team had to put in their Bergen backpacks.

“There was a sand bag we had to fill full of rocks and stuff and put in the back for the weight,” he noted.

Having only watched the first episode, the celebrities were nervous about watching themselves throughout the rest of the process.

In particular, Sam cringed as he said: “No I haven’t seen anything else, I dread to think!” 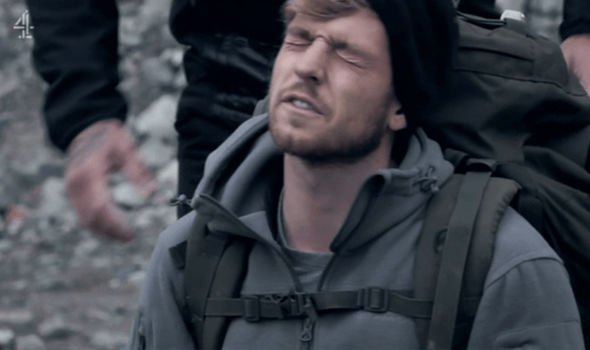 Jason also joked he and the other staff had “picked on” Sam the most in the show.

“He’s f*****g Made in Chelsea isn’t he?” the ex Special Forces soldier laughed. “No, it’s not that at all, just because he needed to be picked on, to sort of bring him into the world we were in.

“He was a little bit out there with the fairies. Everyone else was taking it quite seriously but he was treating it like he does everything in life so he needed to know where the f**k he was standing,” the author and TV star added.

SAS Who Dares Wins continues tonight at 9pm on Channel 4.