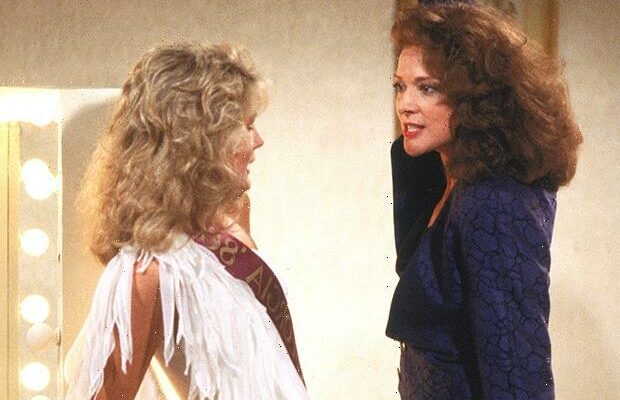 Proving that Dynasty isn’t the only beloved piece of ’80s pop culture worth preserving, RuPaul paid homage to another classic TV series in Friday’s episode of Drag Race All Stars, which ended with the show’s most unexpected lip sync battle yet.

As is tradition, the episode concluded with the week’s top two queens — in this case, Monet X Change and Jinkx Monsoon — competing in a lip sync smackdown. But rather than performing a song, the queens were tasked with lip syncing to the iconic “the night the lights went out in Georgia” monologue from a 1986 episode of the sitcom Designing Women.

If you’re intimately familiar with Designing Women, you knew exactly what you were in for. If not, you were probably more confused than that time Ru asked Utica Queen if she’s ever smoked weed. So let’s have a quick herstory lesson, or a refresher for those of you who already speak fluent Sugarbaker.

The woman speaking is Julia Sugarbaker, played by the late, great Dixie Carter. In this particular episode, “The Beauty Contest,” Julia overhears the current Miss Georgia World — Marjorie Lee Winick, played by Pamela Bowen — talking trash about her sister Suzanne Sugarbaker (played by the legendary Delta Burke), a previous Miss Georgia World winner who happens to be insecure about turning 30. As her sister listens from the doorway, Julia rips into Marjorie with an impassioned monologue that ensures she’ll never question Suzanne’s legacy again.

Hit PLAY on the video above to watch the original scene, then check out the queens’ performances below:

The episode, written by Designing Women creator Linda Bloodworth-Thomason, was nominated for a Primetime Emmy Award in 1987 for Outstanding Direction for a Comedy Series. Though director Jack Shea didn’t win, it’s hard to argue that The Golden Girls‘ “Isn’t It Romantic?” (the iconic “lesbian… lesbian… lesbian” episode) didn’t deserve the trophy.

OK, back to Drag Race: Was this performance a little jarring at first? Sure. Not only was the first-of-its-kind lip sync a lot to process with no prior warning, but without the constant thumping bass of a Top 40 hit, there was an eery quietness to the whole thing. The experiment easily could have flopped in the hands of less experienced queens, but just so you know — and your children will someday know — Monet and Jinkx came prepared.

Your thoughts on the show’s first-ever spoken word lip sync? Drop ’em in a comment below.