Rotterdam has a unique position in the festival circuit, avoiding the simultaneous frenzy of premieres in Sundance and the jockeying for major titles at Berlin, Cannes and Venice, and instead taking chances on under the radar discoveries from around the world. The Bright Future competition focuses on unique, emerging filmmakers but across all the sections you’ll find work that fits that mandate. This edition’s best films announced an exciting group of filmmakers that deserve your attention. Here are 10 standout world premieres from IFFR to look out for in 2019. 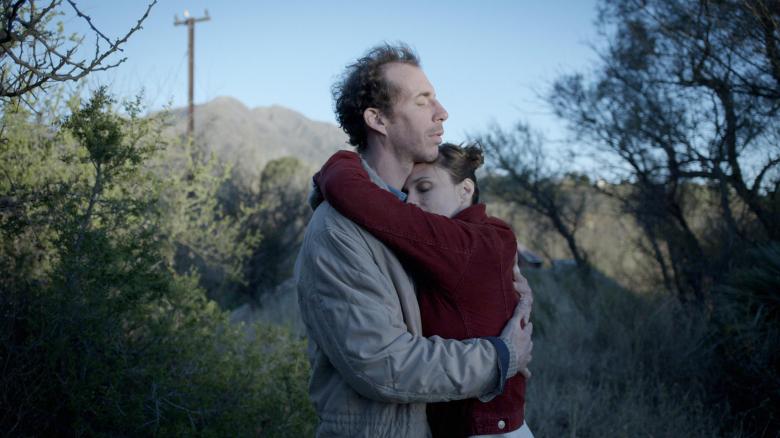 ‘Again Once Again’ by Romina Paula

Written and directed by Romina Paula, known best as a regular in the films of Matías Piñeiro and seen most recently in Mariano Llinas’ 13-hour-epic “La flor,” this assured first feature was the most impressive debut at the festival. A docu-fiction, the film stars Paula as herself as she and her four-year old boy Ramón stay with her mother (both played by her real life family) in Buenos Aires during an extended break with her partner who remains back home in Cordoba. Conflicted not just with her relationship but her place in the world, Romina is torn between her devotion to Ramón and her existential need to carve out her own independent role in life. A frank and tender look at early motherhood, “Again Once Again” is a generous drama that manages to be light on its feet while sharing honest insight into a personal experience not often explored in film. 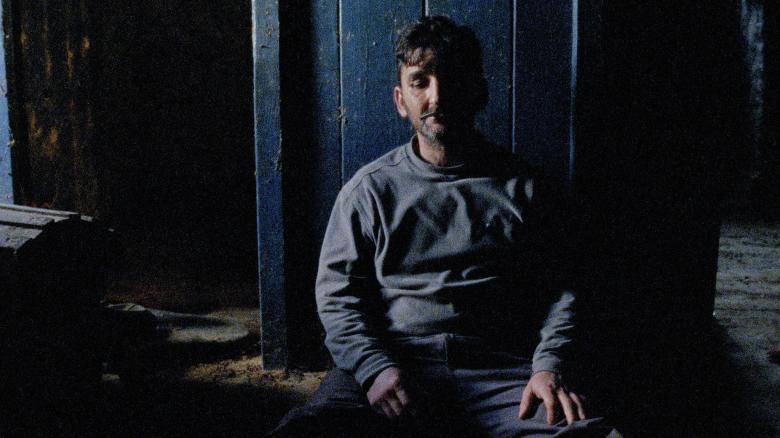 Emerging Portuguese filmmaker Ico Costa creates an unconventional man-on-the-run story in the minimalist character portrait “Alva.” At first we are introduced to its protagonist, the reclusive Henrique, in a documentary-like observational style as we become familiar with the routine of his quiet daily life tending to sheep in a remote hillside. Reluctantly interacting with the few people who visit him, it becomes evident there’s more going on with Henrique as Costa teases us with sparse narrative detail about his daughters in a nearby village and the ambiguous psychology of the character becomes clearer with a violent act that sends him fleeing into the desolate surroundings of his home as he tries to hide from pursuers — but the real thing chasing him may be his own conscience. 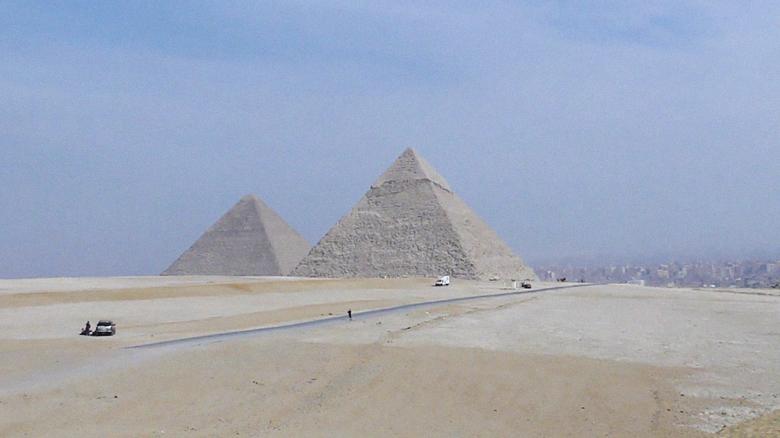 An experimental triptych of three short stories from Argentinian director Mauro Andrizzi’s travels, the paranoia-laden “Cairo Affaire” begins with a visit to Tehran where he presented his film “Iraqi Short Stories” and encountered an Iraqi woman who insistently and suspiciously tried to persuade him to take meetings with her and even collaborate on a project in her native country. From there we move to Egypt where we discover a conspiracy plot involving sharks with an appetite for humans that threaten local tourism and finally a compellingly chilling love story in Yemen involving the fatal setup of Al Qaeda founder Anwar al Awlaki and the Croatian actress meant to be his bride. 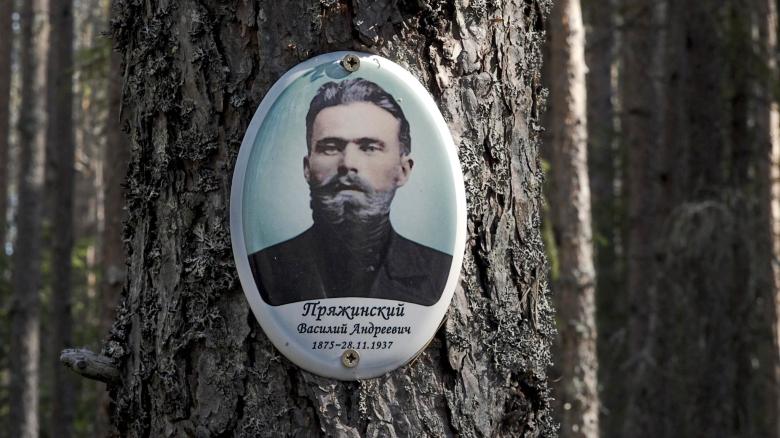 After his acclaimed documentary “Oleg and Strange Arts” (2016) on legendary composer Oleg Nikolaevitch Karavaychuk, Spanish filmmaker Andrés Duque turns his sensitive eye to the strange territory of Karelia stranded along the Russian-Finnish border. A place with an ambiguous official standing and a tumultuous history, the film focuses on the life of one family that keeps the spiritual and shamanistic traditions of the region alive — even as violence and oppression of both the past and present boil over. 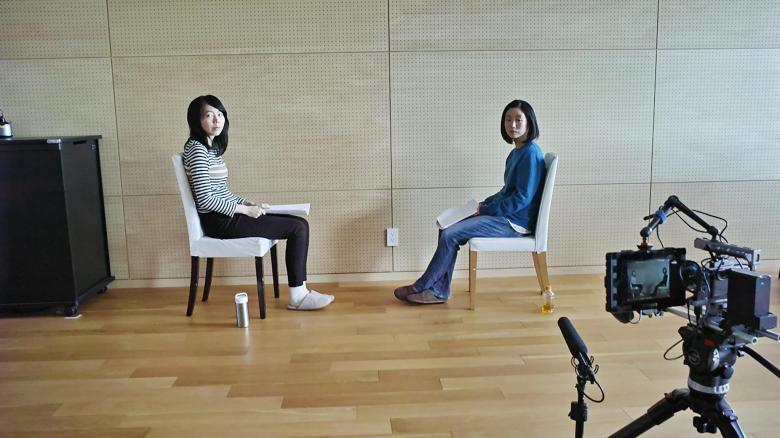 A compelling exercise, “Domains” is nevertheless expansive despite being mostly limited to a closed room where three actors recite from a script. The story, which is never visually represented, concerns the murder of a young girl, her parents, and an old friend of the mother who confesses to killing the child in the opening scene. The initial intrigue of the crime and the motivations behind it eventually become secondary to the film’s exploration of the process through which the actors engage in the material and the viewers’ own participation in piecing together a coherent understanding of the characters and narrative. Director Kusano Natsuka (Antonym) foregrounds the artifice of filmed rehearsals—we even hear “action,” “cut,” and see clapboards being used—while mysteriously sustaining a disturbing undercurrent of suspense. 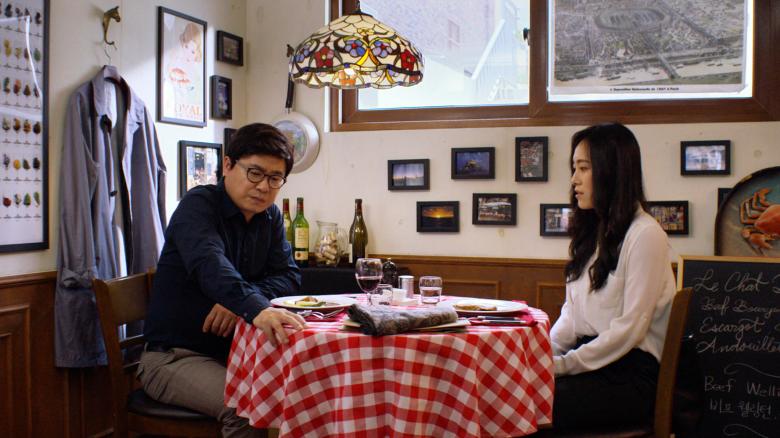 ‘Maria by the Sea’ by Tawfiq Nizamidin

Uyghur director Tawfiq Nizamidin, who studied film at Beijing Film Academy, directs this excellent mid-length drama in South Korea, where he also attended the Bucheon Fantastic Film School. It centers around the middle-aged Professor Jung on a date with a young woman named Enju Lee as he tells her about running into a former student (the titular Maria) on the way there. As their conversation continues, Jung’s seeming upper hand as the impressive male elder is subverted by Enju Lee’s clever critique of his patriarchal behavior, and we learn more details about their previous interactions. Sharp, witty and biting, the impeccably directed “Maria by the Sea” marks Nizamidin as a serious talent to watch.

“Nona. If They Soak Me, I’ll Burn Them” (Camila José Donoso, Chile/Brazil/France/South Korea)

A bold and original mix of home movie footage and staged fiction, Donoso follows her own grandmother Nona as she retreats to her summer home in a coastal Chilean town to escape the consequences of a (literally) fiery act of retaliation, only to encounter more damage. As neighborhood homes end up burned to the ground one-by-one, with Nona’s conspicuously left standing, this intimate docu-fiction becomes something unusual and suggestive. In spite of the director’s familiarity with her subject, the film avoids conventional portraiture and creates something far more ambiguous and entrancing.

Another film that begins with family and home movie footage but moves into something less conventional, this poetic documentary anchors itself with the story of the director’s mother who suddenly one day became mute, and around it builds an essayistic meditation on Colombia’s history. From the origins of Colombian cinema that portray a failed assassination of then president Rafael Reyes and the execution of the four men who failed to pull it off, director Federico Atehortúa Arteaga details his country’s relationship with visual language, staged (hi)stories, and the shaping of collective and personal narratives. He links this cultural history back to his relationship with his own memories, his mother and the elusive nature of truth. 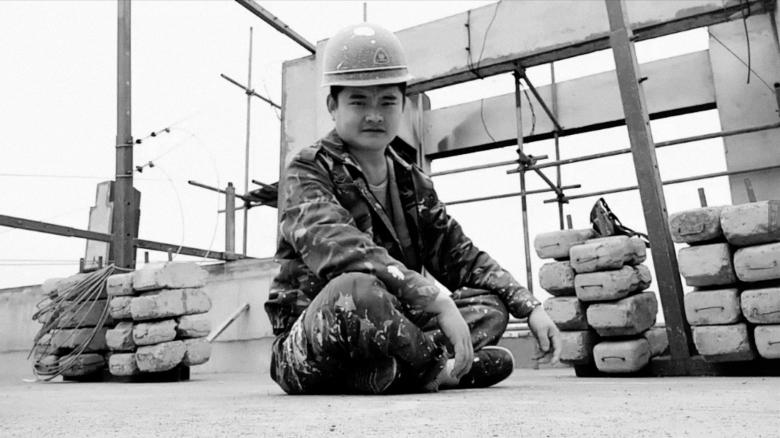 One of the most unique films at Rotterdam, the entirety of “Present.Perfect” is culled from hundreds of hours of footage from a handful of livestreamers that director Zhu Shingle (“Another Year”) tracked for nearly a year. Known in China as “anchors,” the ones featured in the film are just a few out of hundreds of millions of people broadcasting their lives on the internet. Over the course of this moving and revealing film we become familiar with several characters who try to transcend their solitary day-to-day by connecting with strangers online. Cracked down on recently by the Chinese government, the freedom offered by these virtual showrooms may be illusory after all. 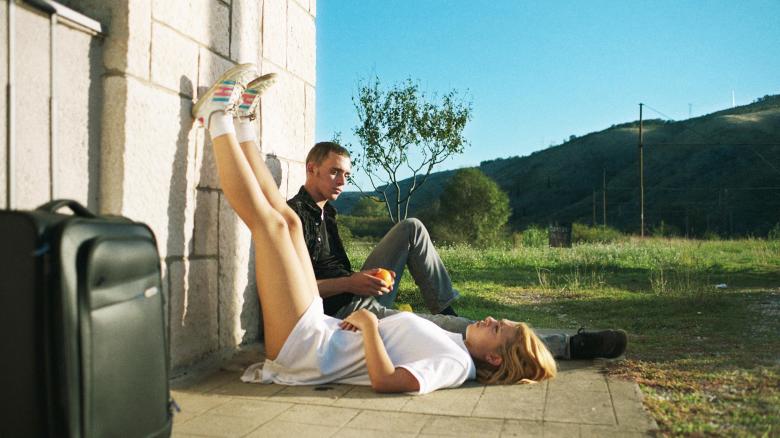 Born in Bosnia and living in the Netherlands, director Ena Sendijarević explores her dual identity in this quirky coming-of-age comedy-drama. A young woman named Alma flies to her family’s native Bosnia to visit her ailing father in the hospital. When she arrives at her cousin Emir’s apartment who has little interest in helping her and catches the eye of his attractive friend Denis. From there, Alma embarks on a road trip fraught with obstacles and strange encounters and ends up finding something else altogether than she what she plans. Meticulously composed in 4:3 with a colorfully cartoonish style, Sendijarević imbues the film with an offbeat sense of humor but at its core is a poignant study of migration and belonging.