VICTORIA Beckham swooned over her topless husband David's rock-hard abs on Instagram – as their son Romeo trolled him.

The footie legend posed topless during a sweaty workout today and told fans: "I really hate tricep dips as a finisher" 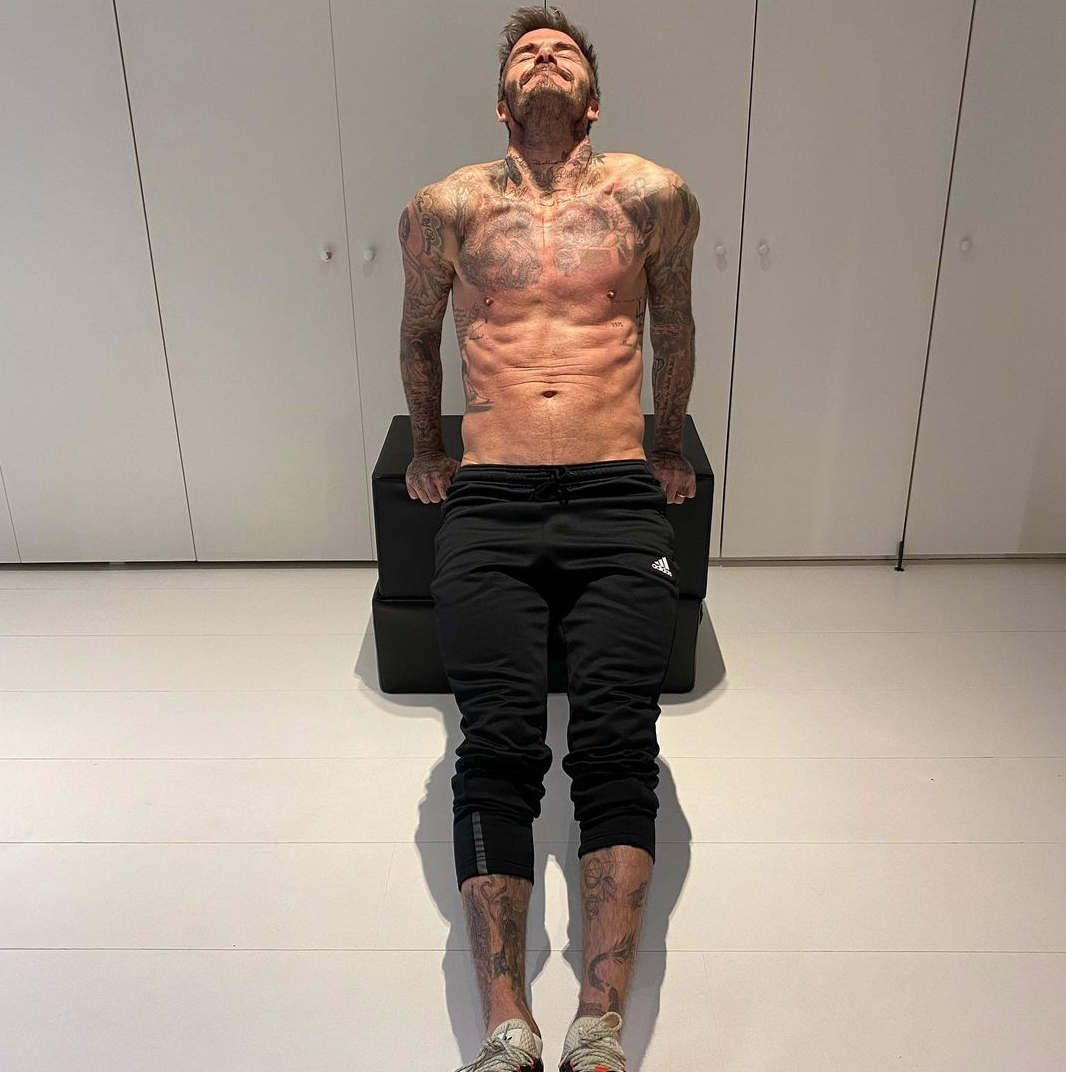 David, 45, grimaced in the snap as he showed off his toned body, and wife Victoria was seriously impressed.

But their second eldest son Romeo, 18, couldn't resist taking his dad down a peg or two.

Romeo turned 18 in October and proud dad David stripped to some very loud swimming trunks in a desperate bid to prove he's still taller than son. 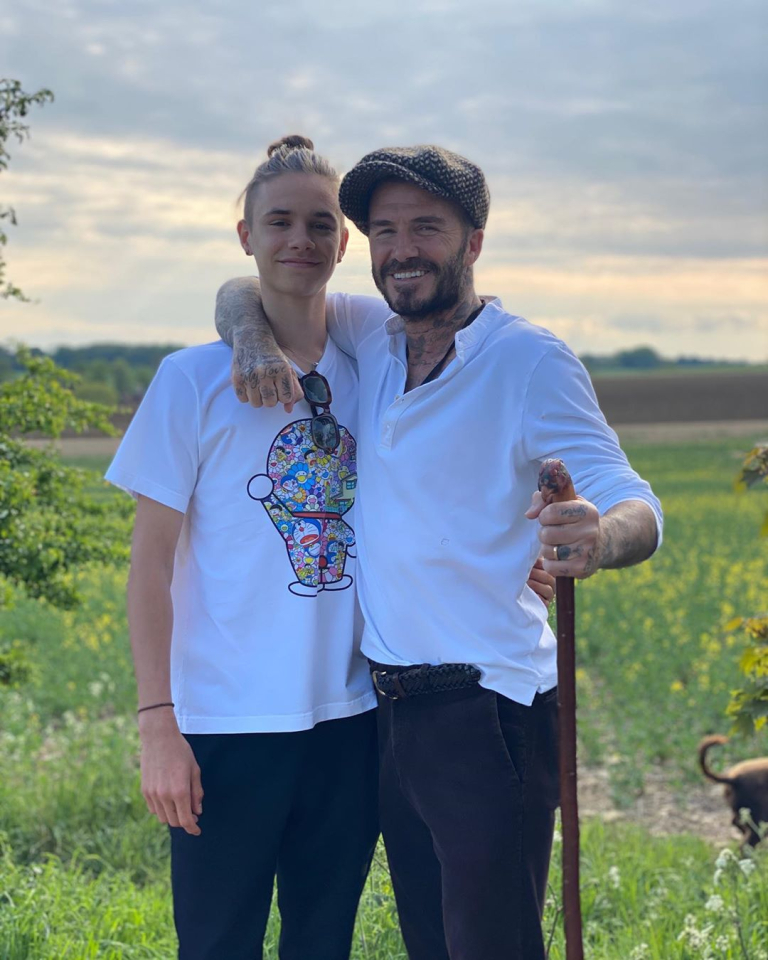 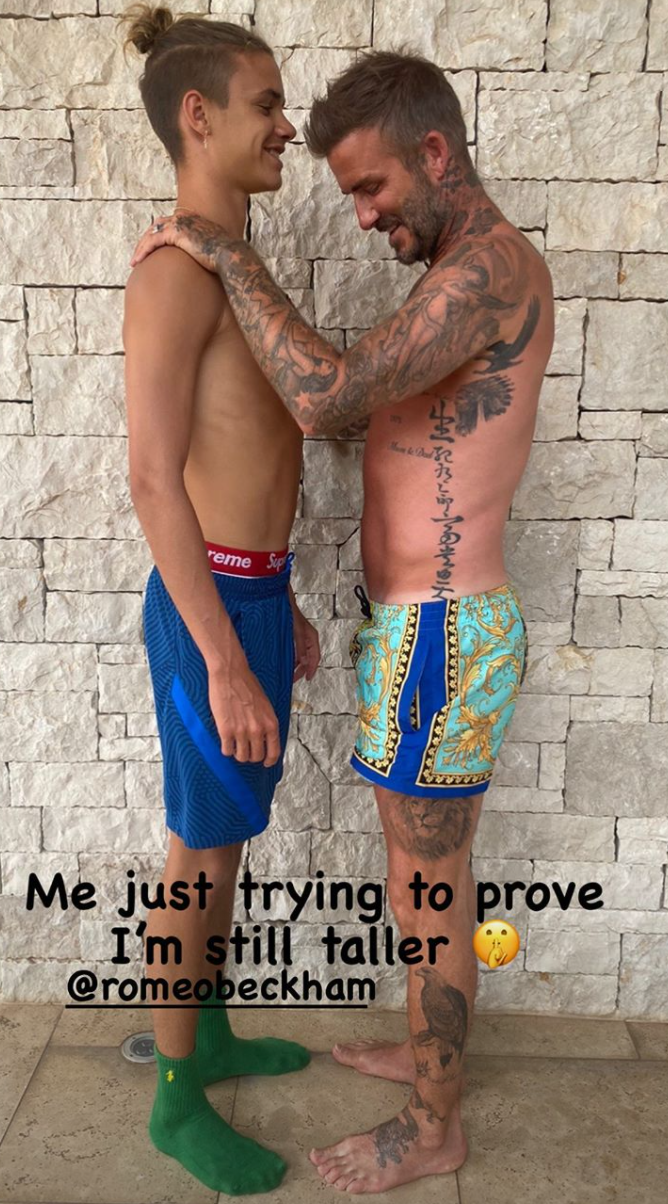 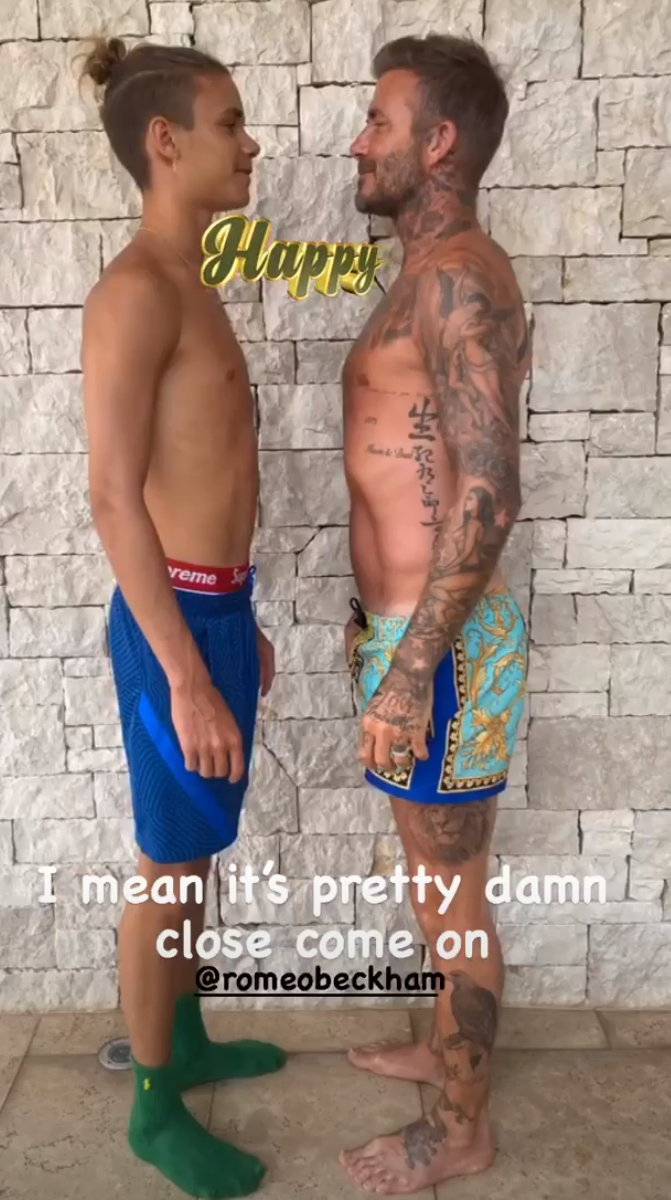 He admitted he was having a hard time accepting that his second child is all grown up after his 18th birthday.

Taking to his Instagram Story, 5ft 11in David shared a photo of himself and Romeo standing face to face, both in their swimwear.

In the first snap, both are smiling, with David putting his hand on his son's shoulder while looking down at their feet.

Some of David's impressive tattoos are on display, with the hunk also teasing a glimpse at his tan line with the waistband of his trunks low enough to flash his natural skin tone.

In the second image, David is looking up – with he and Romeo appearing to be the same height.

This photo was captioned: "I mean, it's pretty damn close – come on!"

David had mentioned his struggle to accept Romeo's adult age in his gushing birthday tribute, sharing a video with countless unseen snaps of his lad over the years.

He wrote alongside the post: "Happy 18th to my little man ( or not so little anymore ) 🤨 You have grown into the most beautiful person and that as you say yourself ( a man finally ) 🤔. 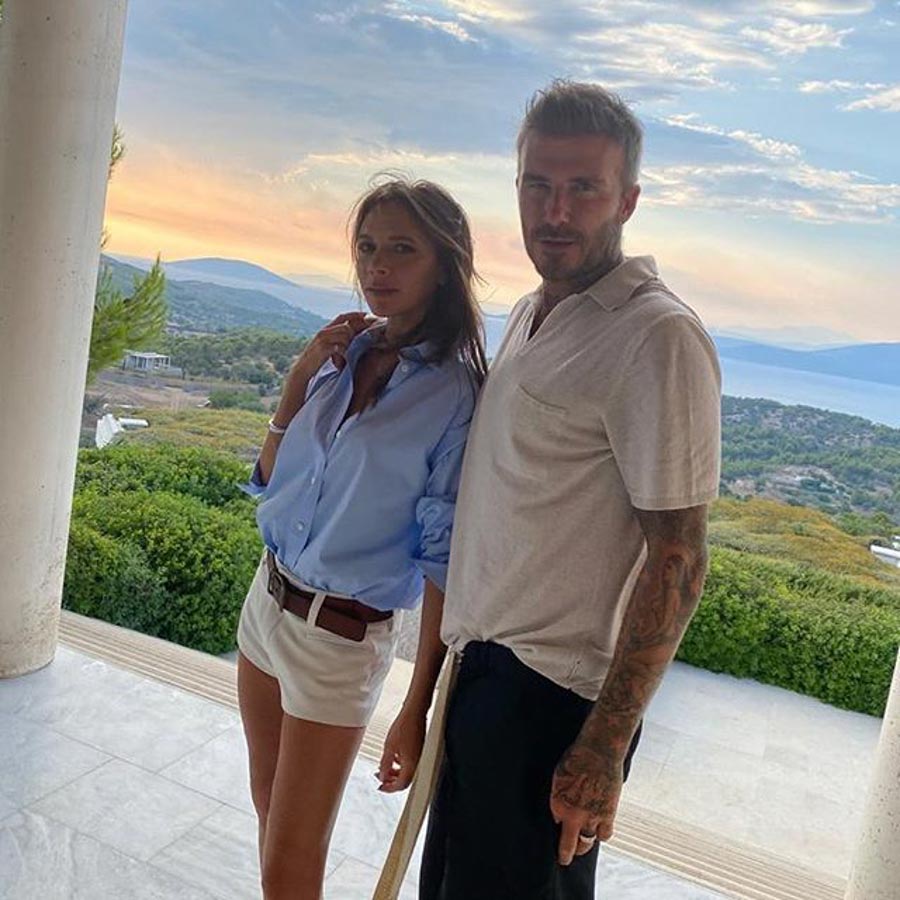