Riverdale‘s season 5 premiere had everything: senior prom, masked murderers and the return of Nana Rose! Oh, and did we mention a heartbreaking confession?

Since the season 5 trailer dropped in December, Riverdale fans have known that Veronica was going to discover that “something happened between Betty and Archie” but we just didn’t know exactly how she was going to find out the truth.

Turns out, it was Archie himself who confessed everything to Veronica in the middle of the dance floor at their senior prom — and only ET has the inside scoop straight from star KJ Apa about the Varchie vs. Barchie drama and the time jump shake-ups still to come.

When it came to Archie’s cheating confession, Apa admitted that he was “proud” to see that the truth came straight from his character rather than another Riverdale rumor.

“I thought it was great, but I wasn’t really surprised either,” the 23-year-old actor dished to ET over the phone last week. “I felt like that’s what he would’ve done, just based on previous things that have happened with Veronica like that. He has usually been really honest.”

“He really does care about her and, like you said, he doesn’t want her to find out through a third party,” he continued. “I think he did the right thing and I was proud.” 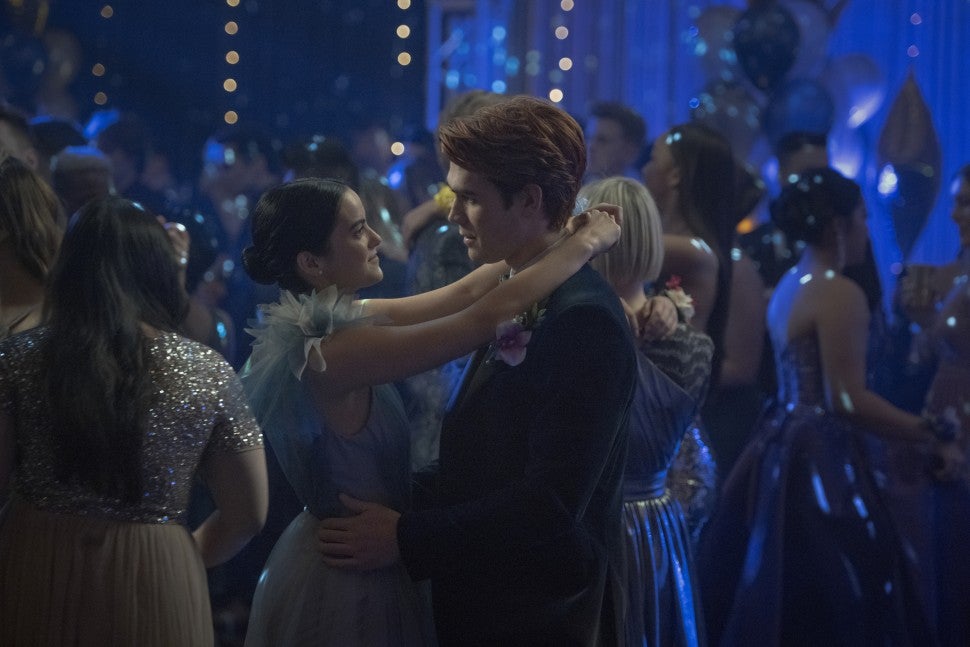 As for that heartbreaking scene? Apa dished that it was something that brought him and his co-star, Camila Mendes, closer together as friends. “I think we love those scenes and it feels second nature for us now on set because we’ve filmed those scenes before,” he explained. “We’re so close I feel like the emotions come pretty quickly and pretty naturally for us.”

Ever since Betty and Archie shared an on-screen smooch in season 4, the Riverdale fandom has been split between those who want Varchie to continue to thrive, and those who are ready to see Barchie rise.

However, Apa revealed that he has been avoiding any potential shipper “backlash” by staying away from the online comments. “I don’t look at that,” he said. “I wouldn’t know what anyone is saying about it [on social media,] so I don’t know.” Fair enough!

And while Apa is staying out of the romantic preferences, he is concerned with the bromantic repercussions that could be headed Archie’s way if Jughead finds out about Betty kissing his best friend. 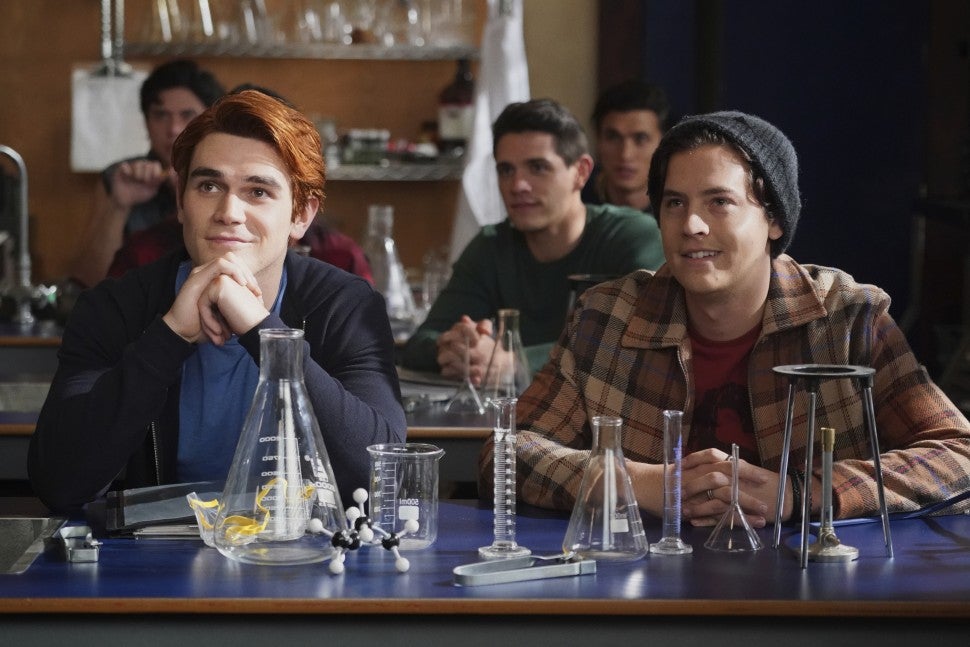 “Yeah, he does very much feel like he’s betrayed Jughead. There’s a beautiful scene between Archie and Jughead,” Apa said referencing a future episode, “and I feel like that scene is going to come out really nice.”

As we dive deeper into season 5, fans are gearing up for the highly anticipated time jump, which will take our characters seven years into the future. But before we break down what’s to come after the time jump, Apa is ready to leave one term in the past: “Endgame.”

“No one is even married yet! You know what I mean?” he laughed. “I mean, I know it’s just a show, and it’s what they believe, but ‘endgame’ is, like, what? Who they believe that person is going to end up dying with, pretty much, right? I don’t know, man. We’ll see what this season brings because there’s a lot of s**t going on this season that might change people’s minds maybe.”

Well, speaking of marriage, we know that Veronica is going to show up as a married lady after the time jump, but her hubby seems to be far from “endgame” material. Veronica’s husband, Chad, played by Chris Mason, is being described as someone who is jealous, controlling and not a fan of his wife’s former flame. (Ugh, he really does sound like such a Chad.) 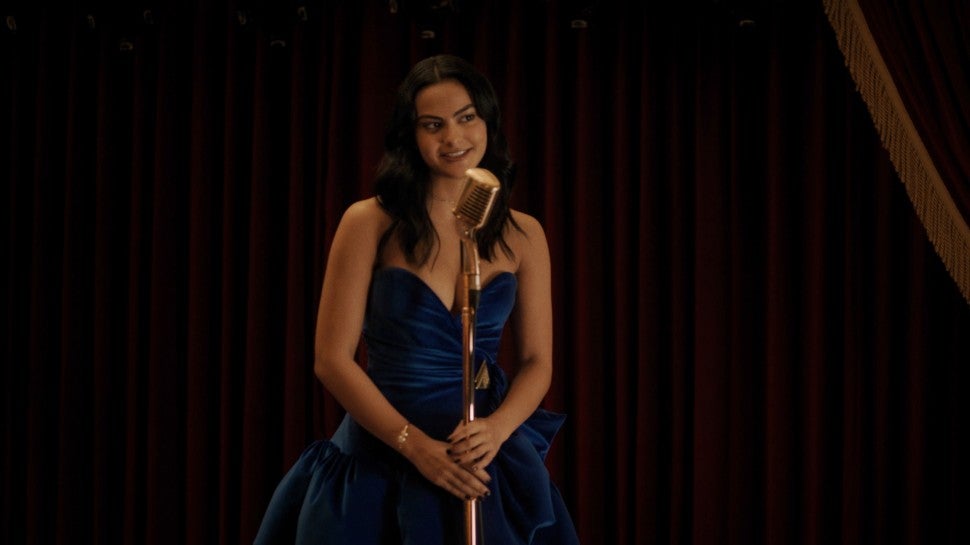 But how does Archie feel about Ronnie’s new beau?

“I feel like Archie has seen guys like this before and it’s not surprising to him at all. He just handles it with so much grace,” Apa answered. “Archie knows exactly what is going on and what this guy’s deal is. [Chad] is just like this jealous guy who can’t handle the fact that his wife has a better — or a more healthy — relationship with another guy than with him.”

“And Chris Mason is such a good actor and we had so much fun in those scenes,” the star continued, “But yeah, I just think that because of the time jump and because Archie is older, he just wants to deal with those situations with grace as opposed to some macho, kind of, immediately-wanting-to-fight behavior.”

Apa credits Archie’s career choice for that extra dash of grace and maturity in the future. 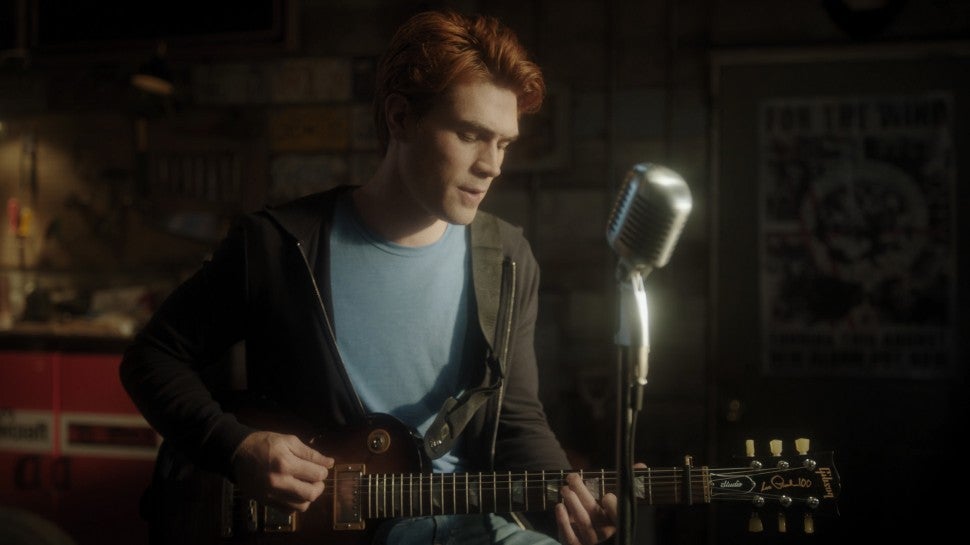 When asked if music is still a passion for future Archie, Apa was adorably coy with his response. “I don’t know. As of yet this season, I don’t think so. I think that’s maybe something that he left behind. Well, I hope,” he added with a laugh.

And while we still have to wait to discover what’s ahead in Archie’s love life after the time jump, Apa admitted that he’s been having a lot of fun sharing more scenes with actress Lili Reinhart in season 5.

“It’s very fresh and new,” he said. “I feel like Archie and Betty really haven’t had an opportunity to —  just because of the other relationships they’ve had with Veronica and Jughead — to really dive into their relationship.”

“It’s really funny because I’ve been so used to shooting scenes with Cami and I’ve mainly been with Cami on set, so it’s funny when the roles start reversing,” Apa explained. “And it’s just interesting because it’s like, ‘Oh, this what it’s like to work with Lili every day!’ You know? It’s a completely different vibe, it’s amazing and it’s fun because it’s different. It changes my day as a human being able to spend time with different people and two of my best friends. It’s great.” 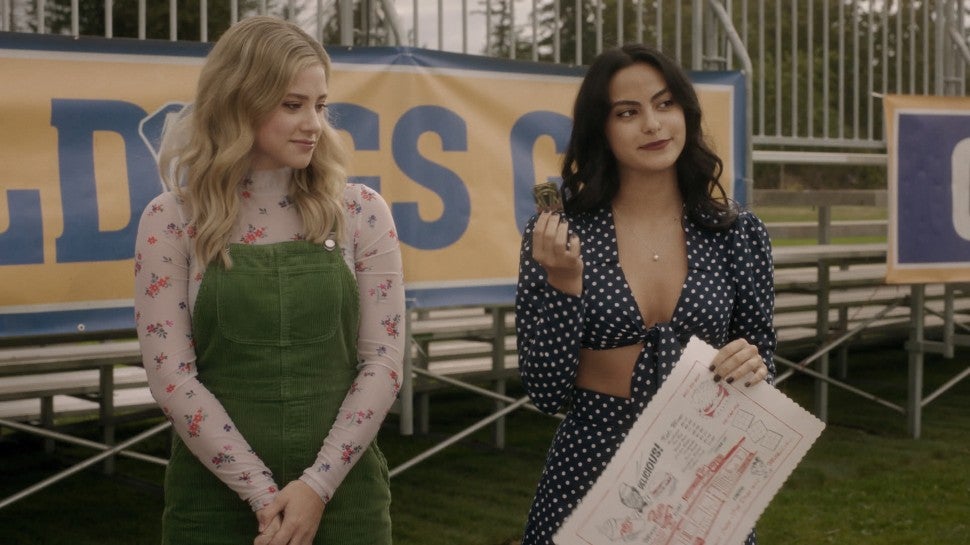 As for Betty and Jughead after the time jump? Apa was able to give us some vague, giggle-filled teases.

“Betty is actually an FBI agent — I, uhh, I don’t know how she did that but yeah,” he laughed.

“And Jughead is a — I believe he is an author and a drunk and somewhat homeless after the time jump. I’m exaggerating a little bit, but technically I’m right,” he added.

Lastly, Apa revealed that while jumping seven years into the future has been fun for the cast, don’t expect to see a completely different show on your screens in season 5.

“At the end of the day, it’s still Riverdale. The time jump will be a catalyst for what all brings us all back to Riverdale and we all become teachers at Riverdale High,” the actor revealed. “So although there is a certain level of maturity to the characters now, it’s still Riverdale. There’s still a lot of drama. But at the end of the day, it’s not like it has aged up the show by any means. I don’t feel like that in my opinion.”

Riverdale airs Wednesdays at 8 p.m. ET/PT on The CW.