As one season of The Real Housewives of Atlanta wraps up, it’s time to look to what could happen next season. Though we still have the reunion to look forward to, there has already been talk of who is coming back next season and who will get the axe. As we all know, Bravo loves to shake things up and bring in new cast members from time to time to keep things lively. Of course, the women themselves rarely, if ever, get a say in who returns to RHOA, but Kandi Burruss has a few opinions on who she’d like to see holding a peach next season. 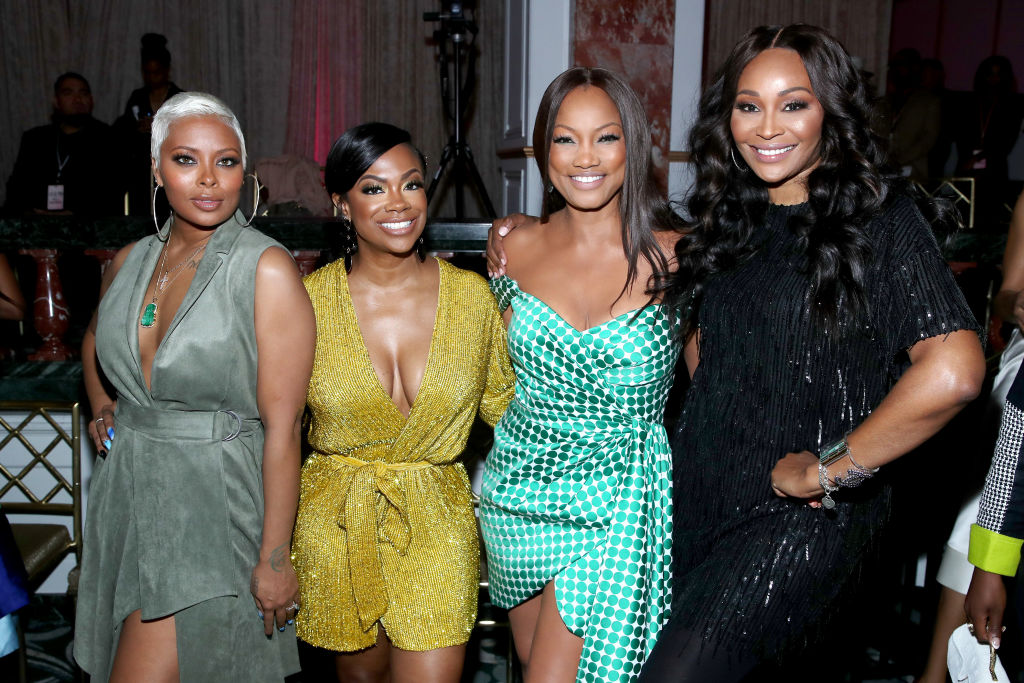 Kandi is down with new people coming

After a drama-filled season, Bravo might alleviate some tension and create new issues by bringing in some new women.

“Would I be opposed to some new blood coming?” Burrus said in an interview with HollywoodLife. “No. I wouldn’t be surprised if they added some totally new people because to me that always means they’re bringing in some great energy.”

Bravo could also decide to bring old cast members back, which Burruss was less enthused about.

“I don’t have issues with certain people or whatever, so it’s like if you want to bring them back, then whatever,” she said. “I don’t mess with all of them, so… I’m not the boss, so let’s be clear! I do not make the decisions, you know. Let Bravo do their job and let them do what they’re going to do. For me, I don’t feel like anybody needs to be let go or whatever.”

Burruss specifically discussed the idea of Kim Zolciak-Biermann coming back to the show now that she and NeNe Leakes have rekindled their friendship.

“They always do that!,” she said of Leakes and Zolciak-Biermann making up. “Every couple of years, couple of months — I’d say every couple of years they always start being cool with each other, but as soon as you bring them around together on the same show, it’s like all h*ll breaks loose. The funny thing is, like, I don’t have a problem with Kim! I think, yeah, we’ve had some issues in the past. Obviously, with the song, we had issues, but I’ve always said I just thought we shouldn’t have done business together. Some people you just ain’t supposed to do business with, you know what I mean? I don’t really have a problem with her. I don’t think we would get in any arguments if she came back. I don’t think so. We didn’t argue about anything until the last time, so, do what you will.”

What happened on the ‘RHOA’ reunion?

Before we get to next season, we still have the reunion to watch. Unfortunately, due to coronavirus (COVID-19), the reunion took place over a virtual meeting platform, rather than in person. But according to Burruss, the format didn’t have any effect on the women’s confrontations.

Did y’all watch #RHOA tonight? I thought it was a great episode. What did y’all think? I’ll post my #SpeakOnIt tomorrow.

“Obviously it was totally different than any other reunion that we already had,” she told the outlet. “I was scared because we talk over each other obviously when we’re arguing. I’m like, ‘How are we going to do that?’ But the way they have it set up, they can isolate everybody and still have it be quality which is what I care about. As far as how the girls dealt with it, I thought everybody was going to be weird about arguing face to face. But they didn’t have no problem! It was worse than it would’ve been had we been sitting right next to each other.”