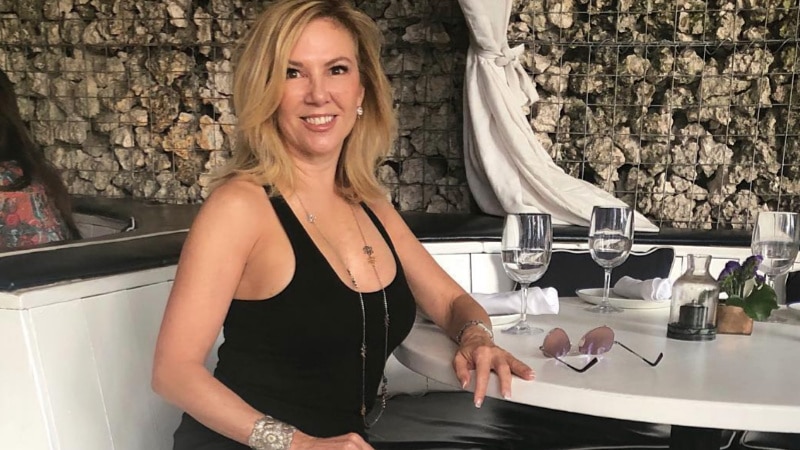 It’s no secret that Ramona Singer is single and ready to mingle, but no one really expected her to hook up with Harry Dubin. However, that’s exactly what happened last week.

TMZ published the photos this morning, revealing that Ramona and Harry had been hanging out Friday night at Pomona restaurant in Midtown.

Apparently, they were drinking and the makeout session was booze-fueled and done in a rather public setting. TMZ also reports that Tinsley Mortimer was there, but she didn’t do much to stop Ramona.

Needless to say, fans of The Real Housewives of New York City were shocked when the photos surfaced. Maybe they weren’t expecting her to be the next in line to make out with Harry Dubin.

Of course, Harry has a long history with the women from The Real Housewives of New York City. He was previously married to Aviva Drescher long before she joined the show back in 2012. She left after two seasons, but her ex-husband was always in the background.

It was later learned that he was a real estate investor in New York with a grand net worth of about $15 million. He has a certain charm that the women fall for, resulting in Sonja Morgan exploring a relationship with him.

On The Real Housewives of New York City, Sonja even talked about him giving her a promise ring, not to be confused with an engagement ring.

While she really wanted to see where the relationship could go, he couldn’t really settle down. She told Bravo that he blew his chances with her when he couldn’t commit.

Harry’s journey with the housewives continued when he left Carole Radziwill’s birthday party with Luann, even though he had committed to Sonja. This caused a rift in their friendship, even though Luann claimed nothing had happened between them.

After the episode aired, Luann decided to reveal that she didn’t think that Sonja and Harry were good for one another.

Just a few days ago, possibly before the makeout session, Ramona Singer was hanging out with Luann de Lesseps and Dorinda Medley in New York City for a Christmas event. At that time, it appeared that Ramona and Luann were on good terms, but it’s unknown how Luann and Sonja Morgan are reacting to the news that Singer is enjoying their leftovers.

The Real Housewives of New York will return to Bravo in 2019.