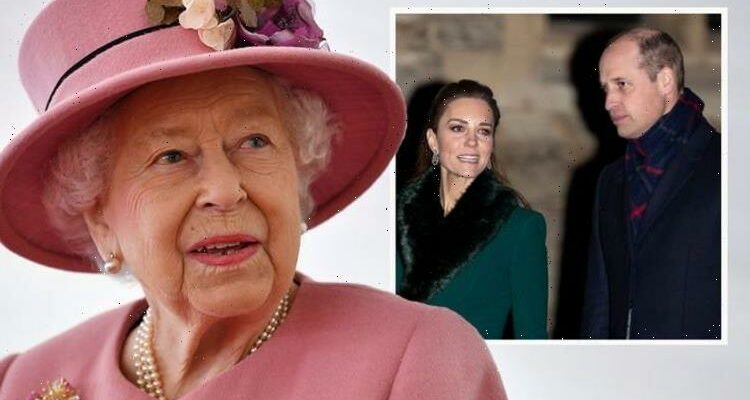 The BBC had Huw Edwards leading today’s coverage of Prince Philip’s funeral and in the studio, he was joined by Katie Nicholl to discuss the next steps for the Queen and the royal family when it comes to their duties. The royal correspondent said the Head of the Royal Family was “not going anywhere” but she would be passing on some of her duties to other members of the family as she approached her 95th birthday. In upcoming months, it seems the Duke and Duchess of Cambridge will be among the Prince of Wales and the Earl and Countess of Wessex who will be carrying out public appearances on behalf of Her Royal Highness.

Huw said: “A little thought from you Katie, first of all; just to come back to this notion of where we go now, and the way duties, clearly, have started to be devolved, started to be shared in a slightly different way.

Katie replied: “Well, I think it’s going to be a continuation of what we have seen over the past year – I do think Covid has forced the Royal family, we’ve all seen that, we’ve all seen them take to Zoom and embrace Zoom – it has changed how they work.

“I think the Queen approaches that 95th birthday, now that she is a widow, they are going to step up, they are always going to support her. 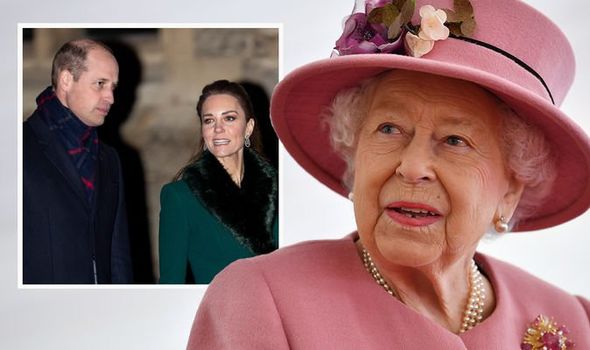 “The Prince of Wales – for a long time – has carried out the lion’s share of overseas travel, he’s been laying a wreath at the Cenotaph, he’s going to become the Head of the Commonwealth, we are seeing a gradual handing over.

“I think the Queen is not going anywhere, she is going to reign over us for hopefully many more years,” she continued.

“But she is going to depend on what she calls ‘my substitutes’ – you saw them there today and I think certainly, you mentioned the Duke and Duchess of Cambridge who are now carrying out full time royal duties.

“I think we’ve seen more of the Earl of Wessex and the Countess of Wessex, during the Covid pandemic, they are doing a brilliant job.

“The Queen is really going to need their support and she has it,” Katie added. 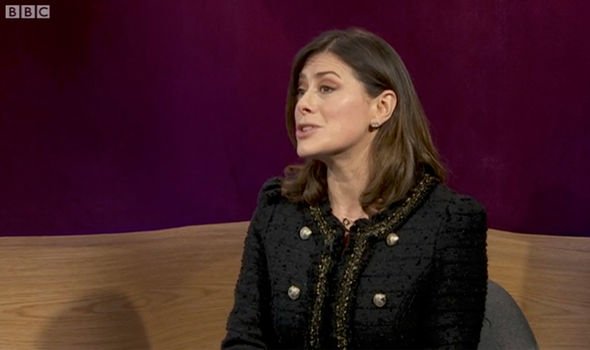 Later on, Huw asked: “Katie, your thoughts on how you’ll be drawing the themes together [from the service].

“The personal elements were not overtly stated… and yet, in all of the selections, you could detect the reasons and the factors behind the choices.

“I mentioned that astonishingly strong reading which is about the forces of nature, the beauty of nature and the sheer terror of nature and that for me really did sum up the Duke’s embracing of the outside world and the fact he wanted to conserve it at all costs.”

“Well, the Duke famously didn’t like a fuss,” she replied. “He probably wouldn’t have wanted all the fuss we’ve given him today! 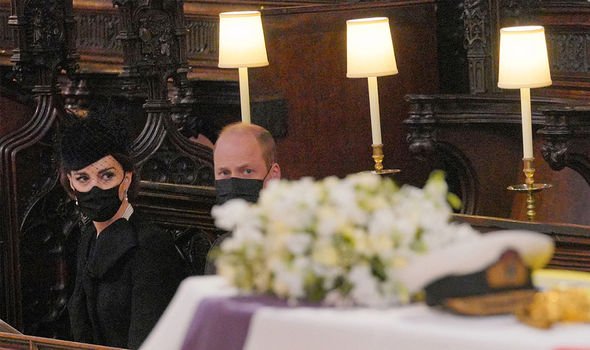