The Masked Singer returns on Saturday night with the grand finale of the first British series, and viewers will tune in to see the remaining three contestants battle it out for the crown. But which famous faces are hiding underneath the masks? Perhaps the most popular contestant, Queen Bee has caused quite a stir online, but it seems the identity of the celebrity has been tipped all along.

Digital marketing agency Mediaworks compiled a series of data for Express.co.uk which suggested the who out of the three front runners was the most popular.

Using Google Analytics, Mediaworks revealed how Nicola has had the highest search on the search engine since the show began at the beginning of January 2020.

With a search interest value of 17, compared to five for Jade and 3 for Jesy, it seems fans of The Masked Singer are convinced the clues they have been given fit with Nicola. 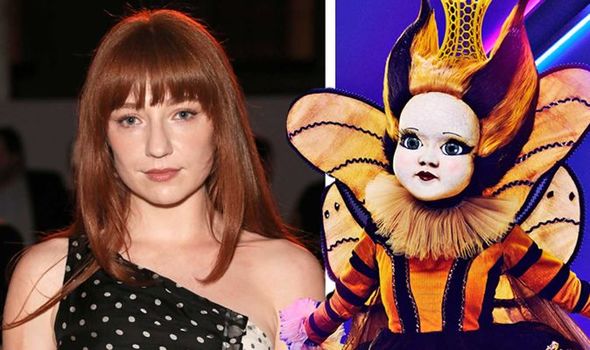 Despite the star judging panel – which consists of Ken Jeong, Davina McCall, Rita Ora and Jonathan Ross, only managing to guess Kelis being Daisy, it seems the millions of viewers are more clued up about the identity of Queen Bee.

Over the past few weeks, a selection of clues have been given in relation to the identity of the celebrity.

Ever since Queen Bee walked on stage in week one and started to sing Alive by Sia, fans were convinced it was Girls Aloud star Nicola.

The following clues were then revealed: she is a wildcard, a lawmaker, the joke of the pack, a rule break, no longer a princess now she has grown up, as well as being a celebrity who can do different accents from American to Geordie to Scouse. 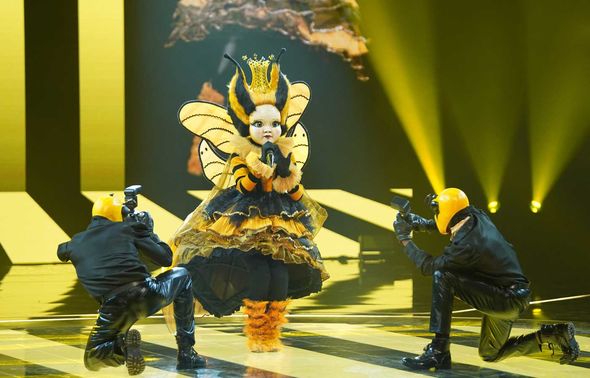 Fans will remember how Nicola found fame when she was just a teenager on Popstars The Rivals which she went on to win with her fellow Girls Aloud members.

During her career, she advocated the ban of underage usage of tanning beds, which subsequently led to a bill being pass in parliament which banned under 18s from using the tanning devices.

Alongside this, an unintentional clue was given away by Nicola after she shared a video clip to her Instagram.

The short clip saw her in vocal training for her upcoming appearance in West End musical Cit of Angels.

And after hearing her sing and watching her mannerisms, fans are now convinced she’s 100 percent Queen Bee.

Within seconds of sharing the clip, Nicola’s comments were flooded with people linking her to the ITV talent show.

One wrote: “Definitely Queen Bee look at the hand movements,” while another said: “Oooooh it is you from The Masked Singer… nice one mate.”

“Sing it Queen Bee,” someone else mentioned.

With only one or two songs standing in Queen Bee’s way of being crowned the winner, will her identity be revealed as Nicola?

Alongside Queen Bee, Hedgehog Octopus will take to the stage one more time.

As for who people think they are, Katherine Jenkins’ name has been floating around, alongside Michael Ball and Alfie Boe.

The Masked Singer returns on Saturday with the grand final on ITV.